Disha Patani is all set to deliver an action-packed performance in the upcoming action 'Yodha' which also stars Shershaah actor Sidharth Malhotra. 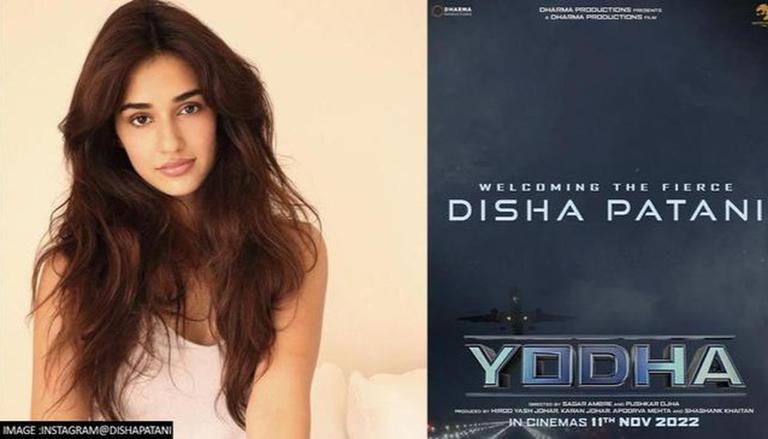 
Known for her demonstrating exceptional athletic skills via social media, actor Disha Patani is now all set to showcase her skills in the upcoming actioner Yodha. With movies like M.S. Dhoni: The Untold Story, Baaghi 3 and Malang, the actor has been so far seen in soft characters which did not allow her to flaunt her remarkable skills which took years of training and hard work in the gym. By joining the forthcoming film, headlined by Sidharth Malhotra, Patani revealed that she looks forward to performing her own stunts in the movie.

Although the 29-year-old managed to show a glimpse into her love for martial arts through her role in Malang, she plans to push the envelope by taking on the challenge of performing her own stunts in Yodha. Helmed by debutant director duo Pushkar Ojha and Sagar Ambre, the film is said to be packed with high octane action which will put Patani's abilities to test as she will reportedly tackle an air hijack situation in the venture.

After getting the offer of the film, the actor admitted being immediately charged up as it was exactly what she was looking for. She stated, ''When I heard the script, it was an immediate yes for me for this project. It's exactly what I was looking for and action is something I would love to perform. I have already embarked on this journey with my directors Sagar and Pushkar and the whole team. As the title suggests, it will be a full-on action-packed movie and it is going to be a crazy ride shooting for it. I am glad that I am ending 2021 on this note."

Sharing the news of joining the Yodha team, she wrote on her Instagram, ''Super glad to join this action-packed journey! I’m ready for take-off guys, let’s go! #Yodha lands in theatres near you on 11th November 2022.'' Additionally, South film star Raashii Khanna also boarded the team as actor Sidharth Malhotra gave them a warm welcome via Instagram by writing, "Excited to have the two stunning female leads of #Yodha!🔥 on board, Disha Patani & Raashii Khanna."

Produced by Dharma Productions and Shashank Khaitan under his newly-minted banner Mentor Disciple Films, the Sidharth Malhotra, Disha Patani and Raashii Khanna starrer film Yodha will be released on November 11 next year.

(With inputs from PR)