Divya Khosla Kumar announced that she will be conducting free dance tutorials for her fans via 'Dance With Madhuri' and Urvashi Rautela has already joined in.

Amid the coronavirus lockdown, many people have been coming up with different ways to tackle their boredom. In the latest bid to do so, Madhuri Dixit Nene has come up with an initiative to teach dance moves to anyone through her online dance academy. Yaad Piya Ki Aane Lagi actor Divya Khosla Kumar has now joined hands to teach fans.

Divya Khosla Kumar will be conducting these online dance classes free of cost for anyone with an accessible internet connection. She will be conducting two free classes for her fans every week where she will be teaching how to nail the steps to her hit song, Yaad Piya Ki Aane Lagi. This initiative is an attempt to make more and more people stay indoors.

When Divya Khosla Kumar announced the same, many people were excited to join in. However, the one with the most excitement was Sanam Re actor Urvashi Rautela. The actor immediately took to the comments to share that she is joining right away. Television producer Ekta Kapoor also commented, “Faaab” under the post.

ALSO READ | Urvashi Rautela Worked With THIS Actor Twice In Her Acting Career; Find Out Who

Take a look at the comments here: 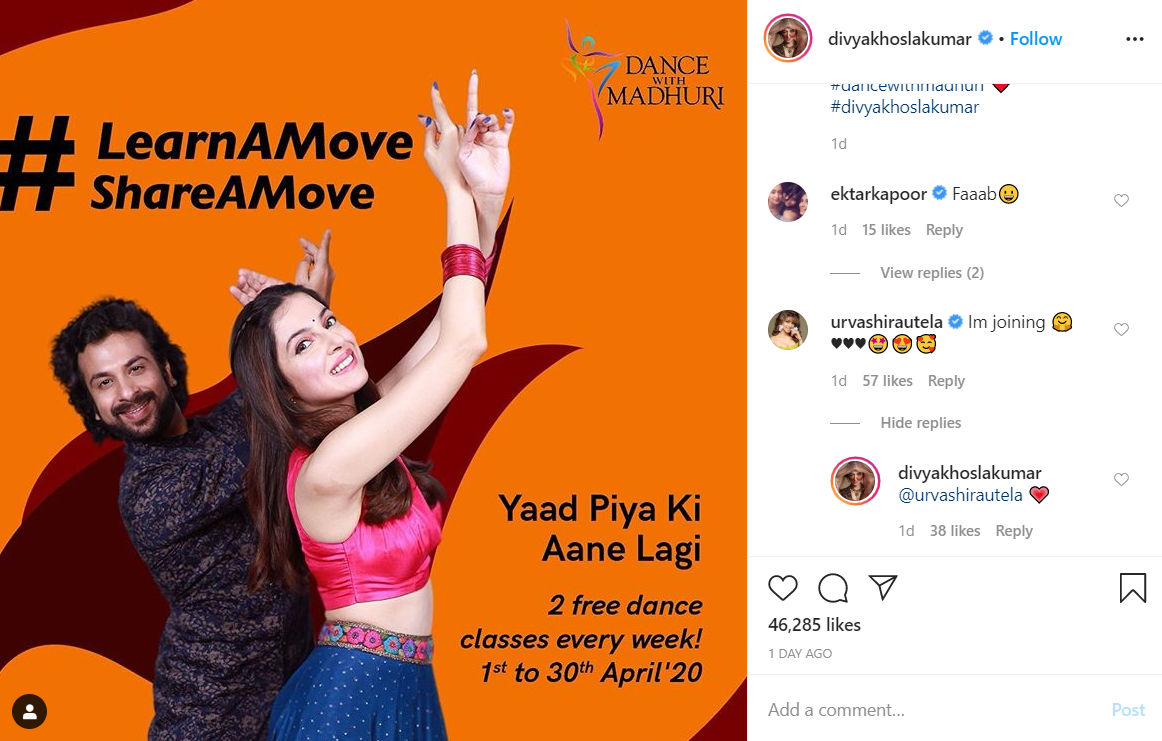 Ever since Madhuri Dixit Nene announced her initiative, many fans have been delighted to join in and learn how to dance the Bollywood way from experts. Madhuri Dixit Nene had added that this initiative is an attempt to spread joy during such challenging times. Many actors from the industry, including Alia Bhatt, lauded her efforts.