Urvashi Rautela Worked With THIS Actor Twice In Her Acting Career; Find Out Who

Urvashi Rautela is counted amongst the much-talked-about Bollywood divas currently. The stunning actor always manages to grab headlines for her unconventional movie choices, outlandish outfits and controversial personal life. With seven years into the Hindi film industry, she has worked in several movies, like Singh Saab The Great, Hate Story 4, Sanam Re, Pagalpanti amongst several others.

She has worked with some of the biggest directors and movie stars in Bollywood like Anil Kapoor, Sunny Deol, and Hrithik Roshan to name a few. But there is one actor with whom Urvashi Rautela has shared the screen space twice.

She acted with this Bollywood actor in her last film, and in a romantic film back in 2016. Well it is none other than, the Fukrey fame actor Pulkit Samrat. Take a look at their common films here.

Also Read: Urvashi Rautela's White Outfits Are #goals For All Fashion Enthusiasts; Check It Out 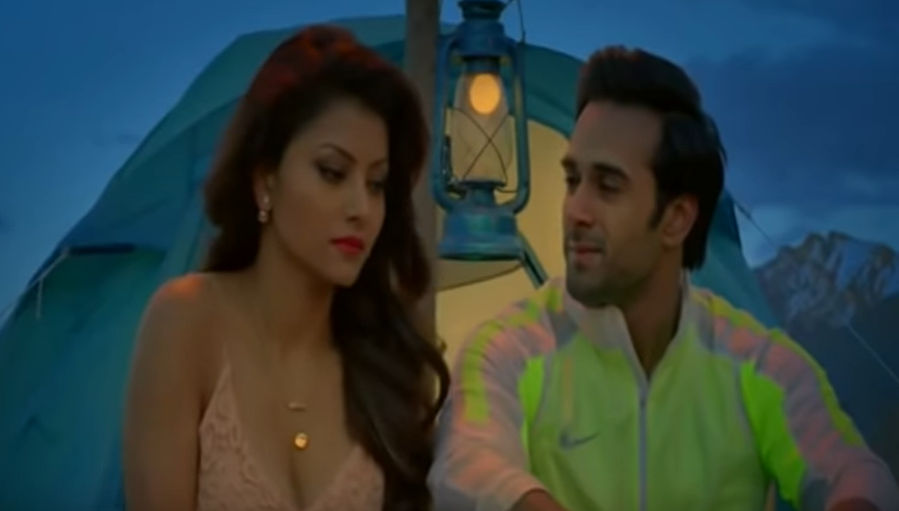 Image Credit: A still from Sanam Re movie

Urvashi during her initial days in Bollywood featured in the film Sanam Re. The film is a romantic tale, directed by Divya Kumar Khosla, and released in the year 2016. She played the parallel lead in the film alongside Yami Gautam while Pulkit Samrat played the lead role in the film.

Even though Sanam Re tanked at the Box-office, its songs like the title track and Hua hai aaj pehli baar were massive hits. Urvashi and Pulkit Samrat's sizzling onscreen chemistry was highly lauded by the audiences.

Also Read:Urvashi Rautela Has Worked With Popular Bollywood Actors In Her Career So Far; Read

Urvashi and Pulkit Samrat once again shared screen space for Aneez Bazmee's comedy film Pagalpanti. The film was a big-budget multi-starrer with an interesting ensemble cast. She played a unique role in the film. Once again, Pulkit and Urvashi featured together in the film. The actor was paired opposite Arshad Warsi whereas Pulkit was paired opposite Kriti Kharbanda.