This year Dussehra is observed on October 15. Here we have got the list of several films that have a strong connection with Ramlila. Read further for more. 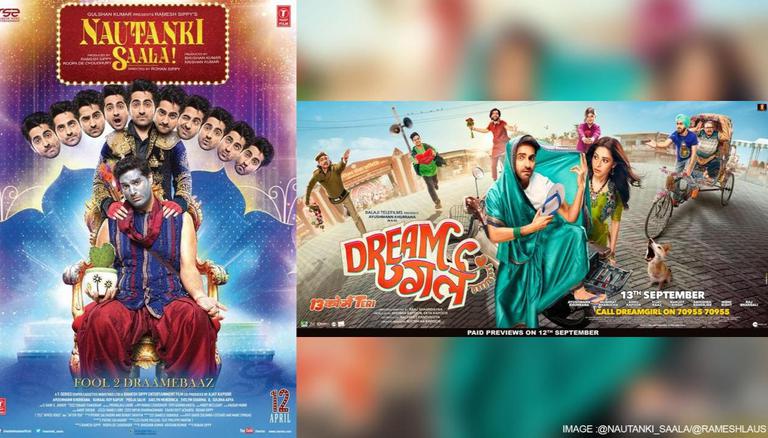 
Dussehra is celebrated annually on the tenth day of Ashvin month of the Hindu Luni Solar calendar. The day comes after Mahanavami or at the end of Shardiya Navratri, marking the victory of good over evil. This year Dussehra is observed on October 15. The supremely entertaining Ramlila, which literally translates to Rama's play, performed on the special occasion marks the victory of Lord Rama over the evil king, Ravana. It is a performance of the Ramayana epic in a series of scenes that include song, narration, recital, and dialogue.

Since festivals and their celebrations are an essential part of Bollywood films, hence its theatrical depiction of the mythological epic has been presented in various forms to the audiences. Many filmmakers have incorporated the play in their storytelling and used it as important backdrops. Here we've got the list of several films that have a strong connection with Ramlila.

Dussehra 2021: Bollywood films with Ramlila as a backdrop

Swades is one of the underrated gems of the Hindi film industry from filmmaker Ashutosh Gowariker. The film did not get its due at the time of release, however, the film features a special song titled Pal Pal Hai Bhaari, which is set during the Ramlila sequence. The song depicts a tale about Sita's yearning for Lord Rama, as she is in captivity of Raavana. Sita goes on to praise Rama by saying that words are not enough to describe his greatness.

2009's Rakeysh Omprakash Mehra directorial Delhi 6 focused on Delhi's popular locality Chandni Chowk and one of the recurring themes of the film is Ramlila and Dussehra. The film highlighted the importance of identifying one's fear, the good, and the evil that resides within human beings. In a few scenes, the film's characters are often seen watching a theatrical depiction of Ramlila.

Abhishek Bachchan and Aishwarya Rai Bachchan starrer this thriller drama showcased a close resemblance to the epic Ramayana where a person, Beera, kidnaps the wife (Ragini) of his rival. In the film, one can sense over time Aishwarya's character develops a soft corner for her kidnapper, which was not the case in the epic.

Anubhav Sinha's Ra. One was a modern-day retelling of Ramayana with a sci-fi twist. In the film, the antagonist was played by Arjun Rampal, aka Ra. One and it resembled the character of Raavana, making a real-life entry from a video game. One scene that grabbed everyone's eyeballs was where he was shown walking against the backdrop of a burning Raavana.

READ | Happy Dussehra 2021: Quotes and greetings in Marathi to send to your loved ones

Rohan Sippy's directorial venture features Ayushmann Khurrana and Kunaal Roy Kapur in the lead roles. In the film, Khurrana can be seen playing R.P. aka Ram Parmar, a successful theatre artist, who soon befriends a suicidal guy named Mandar played by Kunal Roy Kapur. Throughout the film, several scenes showed the theatrical resemblance of Ramayan's plot in the storyline.

Sanjay Leela Bhansali directorial film stars Ranveer Singh and Deepika Padukone in the lead role. Singh can be seen portraying Ram, while Padukone essays Leela. The film is set against the backdrop of Ramayana's tale of the victory of good over evil.

Raaj Shaandilyaa directorial film, Dream Girl talks about depression and loneliness. The film features Ayushmann Khurrana and Nushrratt Bharuccha in the lead role. In the film, Khurrana's character can be seen playing Sita in Ramayan and Radha in Krishnaleela since his childhood. His character protests every time that would settle for a much smaller but male character.