Esha Deol Hits Back At Trolls Comparing Her Looks With Bobby; 'Thanks For The Compliment'

Recently, actor Esha Deol who made her comeback into acting after a long hiatus with 'Rudra' on OTT had to face negative comments about her looks. 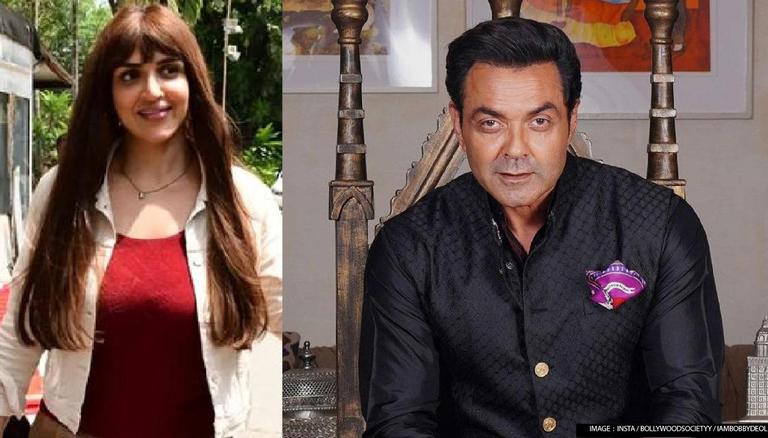 
Actors falling prey to trolls have become a common scenario these days. However, the best part is the way these stars get back to such trolls. Recently, actor Esha Deol who made her comeback into acting after a long hiatus with Rudra on OTT had to face negative comments about her new looks. Esha is one of those stars who is believed to not hold back in giving a befitting reply to the trollers.

The Kaal actor lashed out at trollers when netizens compared her looks to her brother Bobby Deol looking at a recent picture. The actor who was shooting an action scene for her upcoming web series Invisible Woman in Mumbai was going back to her vanity van when she was papped by the shutterbugs.

Soon after her pictures and videos from the sets went viral on social media and people started criticising her for her new looks. The clip showed her rocking straight hair with bangs and wearing casual clothes with leather boots. Trolls compared her to her half-brother Bobby Deol and left some not-so-nice comments. The Dhoom star decided to hit back at the trolls in a subtle manner. The actor penned a reply on her Instagram story and thanked the trollers for the 'beautiful compliment.' "Recently while shooting for an ACTION sequence for my upcoming project in Mumbai. I was walking towards my vanity van & happened to get papped by default... Later to see my video going viral & getting trolled for the way looked! Well to begin with my hair had to be messy & I was sweating doing all the action.", she wrote.

Tagging Bobby, she added, "And yes ! so if I do look like my brother @iambobbydeol In that hairdo... I'd like to thank you for the compliment." Meanwhile, after taking a sabbatical, Esha Deol made her acting comeback earlier this year with Ajay Devgn's OTT series Rudra: The Edge of Darkness. The series also marked the OTT debut of South star Raashii Khanna.  She is now working on a project with Karanvir Sharma.