A fan recently asked Esha Deol to make her book Amma Mia available amid lockdown. The actor politely and asked them to check the digital version instead.

Esha Deol, who recently wrote a book titled Amma Mia, revealed to a news agency that she wanted to share what a new mother goes through. Though the book is available with a Kindle version, the deliveries of the paperback version are currently on hold due to the Coronavirus lockdown. A fan recently asked her to make the book available during the lockdown. 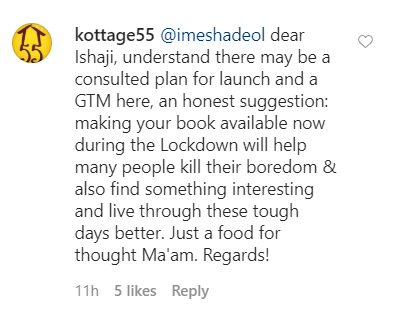 Telling Esha Deol that it will be helpful for many to kill their boredom, the fan requested her to make it available amid the situation. Deol responded saying that she wished she could do something about it. She further assured the fan that the book will be available on Amazon and in stores once the situation is back to normal and asked them to check out the digital edition until then.

ALSO READ | Esha Deol: Know About The Actor's Family Members On Her Birthday 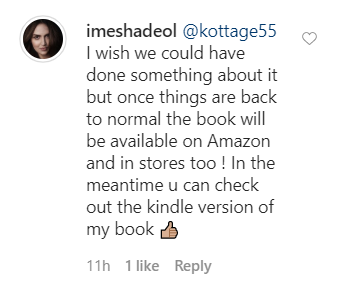 The fan once again responded telling her that the touch and feel of a book are more comforting than a digital edition, also noting that digital editions should be adapted for saving paper. Esha Deol once again responded and said that she feels the same and that is the reason why she wrote a book. She urged the fan to wait for the book and pray that it happens soon after the lockdown.

ALSO READ | Esha Deol's Debut Book To Be Out In March

Esha Deol also said the credit of her turning into an author goes to her two daughters. She also revealed that if she feels strongly about something, she would never say no to writing another book. Along with Deol, there are a lot of other celebrities like Twinkle Khanna, Soha Ali Khan, and Sonali Bendre who have turned authors.