Actor Esha Deol took to Instagram to share a rare photo of herself with her cousin Madhoo Shah on her birthday. Read further ahead to know more.

Actor Esha Deol took to Instagram to share a photo of herself with her cousin Madhoo Shah on her birthday. In the photo, Esha Deol and Natasha Jitendar Irani can be seen holding stuffed toys, sitting close to Madhoo Shah. Esha Deol also wrote a beautiful message for Madhoo Shah in the caption of her post.

Esha Deol  wishes her cousin Madhoo Shah on her birthday

Esha Deol shared a rare photo with her cousin Madhoo Shah and Natasha Jitendar Irani on Madhoo Shah's birthday. In the caption, she wrote, "To my dearest Paapu @madhoo_rockstar here’s wishing you all the love, success & the best of health. We are truly blessed to have you as family & you are my soul sister! Love you ðŸ˜ happy birthday!  #madhoo  #happybirthday  #wearefamily #soulsisters @tashajitender". Take a look at her post below

Fans showered immense love on Esha Deol's post. The post garnered over a thousand likes within a few hours. Several users admired the photo and showered their love with emojis while several others wished Madhoo Shah a very happy birthday in the comments section. Check out some of the reactions below. 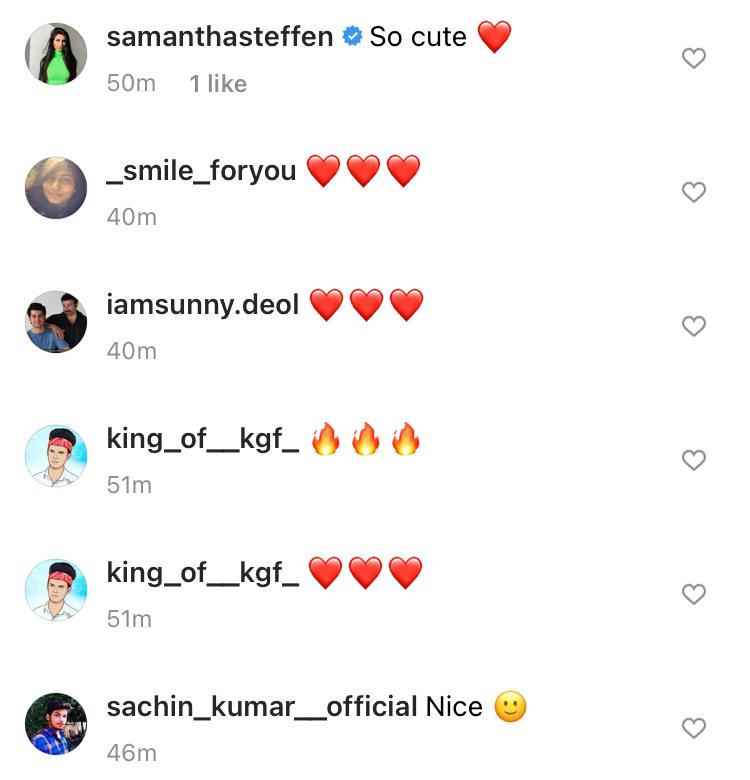 Madhoo Shah is the niece of Hema Malini and therefore a cousin of Esha Deol. Madhoo Shah has worked in some popular regional movies like Gentleman, Mr. Romeo, and Return of Jewel Thief. She made her debut with Azhagan in which she played the role of Swapna. She also played the character of Janaki Ramchandran in the movie Thalaivi. She also played an important role in the movie Nail Polish. She is currently working on projects like Raymo and Ennitu Avasanam. Madhoo married Anant Shah in the year 1999. Madhoo also played some crucial roles in several popular television shows like Devi and Aarambh: Kahaani Devsena Ki. She also did some Tamil television shows like Kaveri and Soundaravalli. In 2017, she also became a judge of a Malayalam dance reality show called D4 Junior vs Senior. In 2015, she was also nominated for the Filmfare Award for the Best Supporting Actor (Female)- Kannada for her performance in the movie Ranna.