'Ghayal Once Again' Cast: All About The Characters In The Sequel To The 1990 Film 'Ghayal' 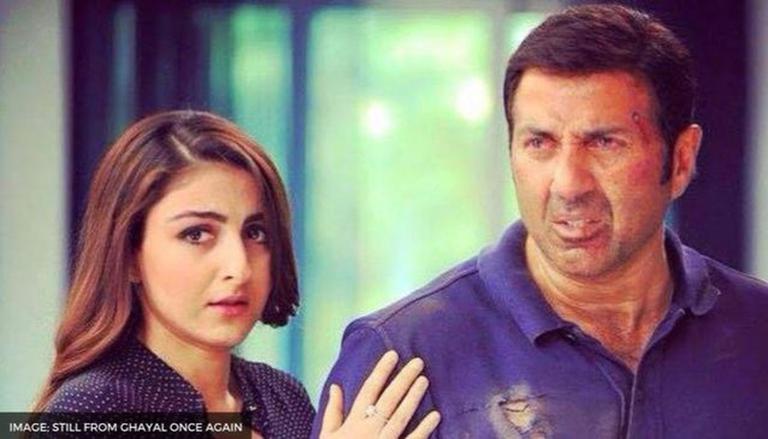 Image: Still from Ghayal Once Again


Ghayal Once Again is an action drama film that released on February 5, 2016. The film was directed by Sunny Deol and produced by Dharmendra. It was a sequel to the 1990 film Ghayal which also featured Sunny Deol in the lead role. The plot of the film revolves around 4 teenagers who accidentally record a murder. They fall into trouble because of the same and seek the help of a journalist. The Ghayal Once Again cast features Sunny Deol, Soha Ali Khan, Shivam Patil, Aanchal Munjal and Om Puri in lead roles. Here's everything you need to know about the cast of Ghayal Once Again.

A look at Ghayal Once Again cast

The cast of Ghayal Once Again features Sunny Deol in the lead role of Ajay Mehra who had previously killed Balwant Rai and surrendered in Ghayal. In this film, he is released and begins a new career as a reporter for a newspaper. He also works as a vigilante who assists the police in their cases. Ajay suffers from anxiety attacks because of his dark past. Sunny Deol is also known for his films like Betaab, Gadar: Ek Prem Katha and Damini – Lightning.

READ | 'Ramaiya Vastavaiya' cast: Know the actors who starred in this 2013 romantic-comedy

The film also features Soha Ali Khan. She is seen portraying the role of Riya who is a psychiatrist. She helps him recover from his past traumas and problems. The actor was also seen in films like Dil Maange More, Rang De Basanti and Tera Kya Hoga Johnny.

READ | 'Naadodigal' cast: Check out the actors of this romantic-drama movie

The film also features actor Om Puri in a pivotal role. He is seen portraying the role of ACP Joe D'Souza. He has retired and now works as an activist. Ajay was often seen collaborating with him for several cases. However, he is killed in a car accident in Panvel. They later realise that he was shot dead and murdered. Late actor Om Puri is popularly known for his films like Aakrosh, Chachi 420, Jaane Bhi Do Yaaro and Ardh Satya.

READ | 'Maharani' cast: Check out details of actors in this political-drama show

Shivam Patil plays the role of Rohan Kriplani who is the son of the lawyer Kriplani. Unlike his father, Rohan wants justice and does not support corruption. He is amongst the four teenagers who accidentally captures the murder scene. Shivam Patil was also seen in Nasha, Mumbai Special 6 and Kaalakaandi.

Actor Aanchal Munjal is seen portraying the role of Anushka Mehra. Anushka is Ajay Mehra's daughter. She helps her friends to keep the video safe but fails miserably. She initially does not know that Ajay is her father as her grandfather keeps the secret hidden from her due to his dark past. Aanchal Munjal is popular for We Are Family, Aarakshan and Mumbai Special 6.

Image: Still from Ghayal Once Again