As Rekha turns 67 today, we take a look at some of her best performances in Bollywood, from 'Silsila' to 'Umrao Jaan' - her most iconic roles. 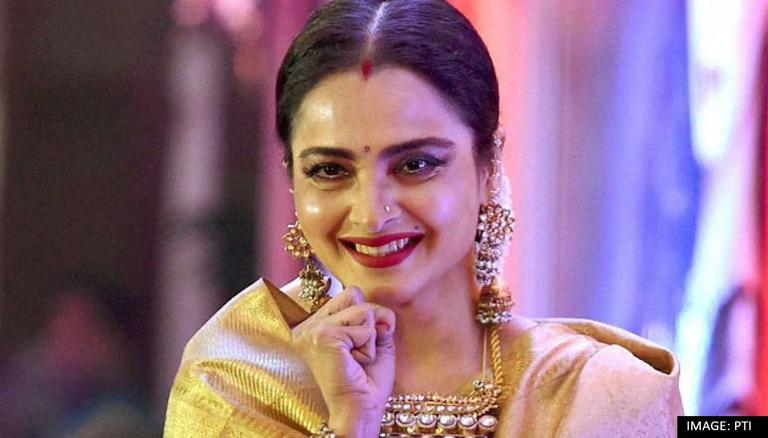 
As Rekha turns 67 today, we take a look at some of her best performances in Bollywood. Rekha debuted as a child actress in the Telugu films Inti Guttu (1958) and Rangula Ratnam (1959). Her acting career began in 1969 with the Kannada film Operation Jackpot Nalli C.I.D 999. Anjana Safar, her first Hindi film, was released the same year. Sawan Bhadon was her debut Hindi film (1970).

Raampur Ka Lakshman (1972), Kahani Kismat Ki (1973), and Pran Jaye Par Vachan Na Jaye were her next films (1974). The critical acclaim she received for her parts as a sexual assault victim in Ghar and a courtesan in Muqaddar Ka Sikandar (1978) signalled the start of her most successful time. She won her first Filmfare Award for Best Actress for her performance in Khubsoorat (1980).

In addition, Rekha also appeared in the films Kalyug (1981), Umrao Jaan (1981), Vijeta (1982), Utsav (1984), and Ijaazat (1985). Her outstanding performance in Umrao Jaan as the famous classical courtesan earned her the National Film Award for Best Actress. Khoon Bhari Maang, which starred Rekha in the role of a woman avenging her husband's attempted murder, was one of the first of a new trend of women-centered vengeance films and earned her a second Best Actress Filmfare Award. She played a Kama Sutra instructor in Kama Sutra: A Tale of Love (1996) and a housewife working alongside as a sex worker in Aastha: In the Prison of Spring (1997), both of which received critical acclaim but also public scrutiny. She eventually took a long break from acting in films.

Here are some of her most iconic roles:

READ | Remember when Rekha attended an event with sindoor on her forehead? Here's why

Ghar, directed by Manik Chatterjee, was hailed as one of her best performances, and it centred around the hardships and tribulations of a married couple whose lives are turned upside down after a sad tragedy. Rekha's transformation from a happy-go-lucky woman to a wife dealing with the aftermath of sexual assault is depicted as Aarti Chandra.

In Prakash Mehra's Muqaddar Ka Sikander, Rekha was entertaining as the nautch lady Zohra Bai, who selflessly loves Sikander (Amitabh Bachchan). When the diva in this film said 'Salaam-e-Ishq,' the audience never forgot the iconic moment.

Muzaffar Ali's historical play Umrao Jaan featured Rekha as a poetic courtesan and centred around her eventful character, which has been immortalised by this elegance. The actress was flawless throughout this work of art, from her expressions to her beautiful dance skills. For this film, she even won a National Award.

Rekha gave another memorable performance, mesmerising the crowd with her sensuality and audacity. Rekha featured as Vasantasena, a courtesan in Girish Karnad's sensuous drama based on the play Mrichakatika.

In Rakesh Roshan's cult blockbuster Khoon Bhari Maang, Rekha was getting whiplash and bashing her offender. The actress left everyone pulling for her to win the film as a simple affluent widow who changes into a femme fatale to seek revenge on her second husband after he deceived her and leaves her for dead.