Ileana D'Cruz took to her Instagram handle to share some bikini-clad pictures from her recent holiday. American dancer and actress Lauren Gottlieb comments.

Ileana D'Cruz has set the Internet on fire with her 'Bikini Appreciation post' where the actress is flaunting her perfectly toned body. Soaked in sun, Ileana looked stunning in the pictures she posted on her Instagram feed. While ace dancer and actress Lauren Gottlieb said she looked stunning, Singer Lisa Mishra popular for 'Taarefaan' song from Veere Di Wedding had a question to ask. She dropped a comment saying she looked cute and asked her where the bikini was from?

Answering that celebrated chef Chef Kelvin Cheung wrote that Ileana borrowed it from him and further added that he has it in black & pink colour too. While Lisa couldn't stop laughing at the answer, Chef Kelvin told her not to judge him because he can totally rock the same look! Participating in this hilarious conversation, Ileana told Chef that she wants the one he has in yellow. This hilarious banter sure got a lot of attraction. Take a look - 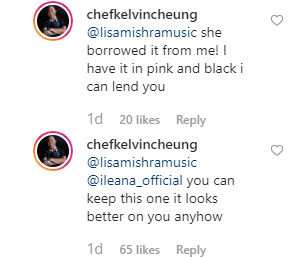 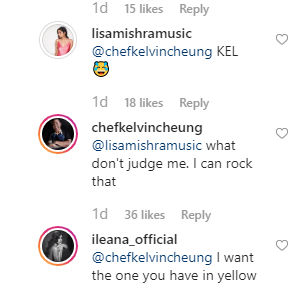 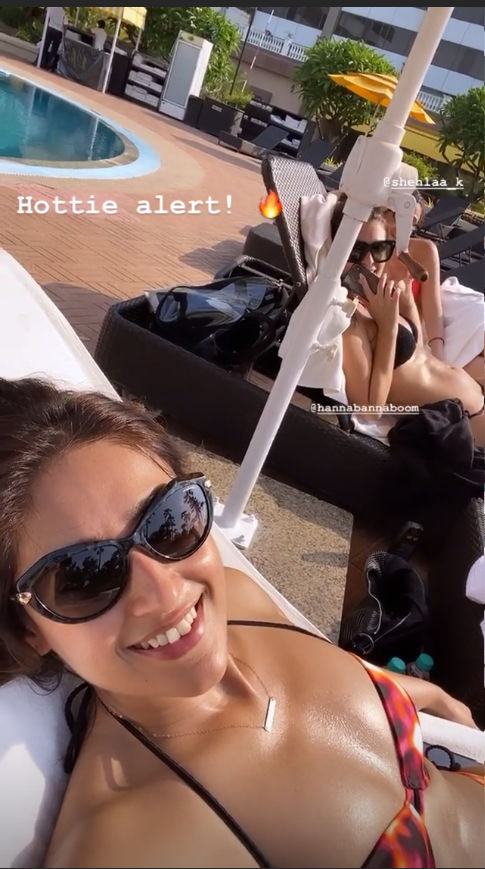 The actress will be seen in Aneez Bazmee's 'Pagalpanti' next. "Pagalpanti" features ensemble cast starring Anil Kapoor, John Abraham, Arshad Warsi, Pulkit Samrat, Kriti Kharbanda, Urvashi Rautela and Saurabh Shukla. The movie is produced by T-Series, Panorama Studios and co-produced by Aditya Chowksey and Sanjeev Joshi. Ileana D'Cruz has been missing from the limelight for quite a while, and in a prior interview had stated that she was balancing work and personal life.

Very little is known about this movie yet. But it is reported that Ileana D'Cruz will be playing the lead role opposite Abhishek Bachchan. The movie is produced by Ajay Devgn Films as seen on the poster shared by "Junior" Bachchan. The movie will be directed by Kookie Gulati. Abhishek shared a poster to mark the start of its filming.

PEOPLE HAVE PLEDGED SO FAR
'Cobra' first look: Vikram is master of disguise, netizens can't stop raving about actor
Deepika Padukone aces various cultural dance forms in songs; 'Pinga' to 'Nagada Sang Dhol'
Tiger Shroff reveals his diet plan for cheat days and it's not what you would expect
'Patiala House': The most memorable scenes of Anushka Sharma from the film
'Saas Bahu Aur Cocaine' will be funny, gritty and bold: Homi Adajania
DO NOT MISS
BJP ON DELHI CM'S NOD ON KANHAIYA
INDIA'S RESPONSE TO PAK AT UNHRC
AMIT SHAH ATTACKS  MAMATA ON CAA
'WON'T BE SILENT' SAYS THUNBERG
'I RECEIVED DEATH THREATS'
AJAY-DEEPIKA-AKSHAY IN TRIPLE CLASH