Imran Khan's birthday: Juhi Chawla recalled a fun-filled anecdote, the former's proposal during 'QSQT' shooting and shared a pic of how he looked then. 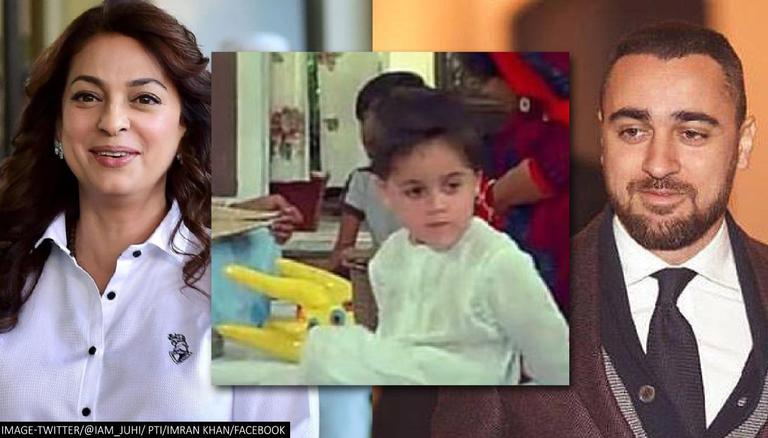 
Many might remember Imran Khan making his debut with Jaane Tu... Ya Jaane Na as a chocolate boy hero in 2008. However, the romantic film was not his debut. The actor has made his debut years ago around the same time his uncle, Aamir Khan, established himself as a young star with Qayamat Se Qayamat Tak.

Imran had starred as a child actor, as a younger version of Aamir Khan, in the latter's first success as a lead hero. Apart from acting, there was more than the then-child was doing on the sets. The little one even proposed to the lead actress of the film, Juhi Chawla!

Imran Khan celebrated his birthday on Thursday and Juhi Chawla had a fun-filled story to express her thoughts on it. She shared a still of the birthday boy as a child in a still from Qayamat Se Qayamat Tak and shared that he had proposed to her when he was just six years old. "Heere ki pehchaan tab se hai usmein," (he could identify a diamond even then)," she quipped with praise for herself.

The Ishq star wished the 39-year-old with this message, and called him her 'youngest suitor ever.'

Following her norm for all her close ones from the film industry, she added that she was planting 100 trees for him.

Not just Qayamat Se Qayamat, Imran then went on to play a slightly older version of Aamir as a child in Jo Jeeta Wohi Sikander, which was released four years later. Both the films were directed by Mansoor Khan, who is his uncle.

When Imran decided to become a full-fledged actor as an adult lead, it was again his uncles, Aamir Khan and Mansoor Khan, who had joined hands again to produce the film.

The film was a big success and Imran went on to become a household name. Aamir then produced another of Imran's hit, Delhi Belly and Mere Brother Ki Dulhan and I Hate Luv Storys were some of the other hits he starred in.

However, Imran has not starred in any film since Katti Batti in 2015. He directed a short film Mission Mars: Keep Walking India, but there has been no update on him turning a full-fledged director yet.

READ | Juhi Chawla wishes Hrithik Roshan on his b'day; promises to plant '1000 trees' for him

After Juhi, Imran then proposed to Avantika Malik, before marrying her in January 2011. They parted ways in 2019 and have one daughter.