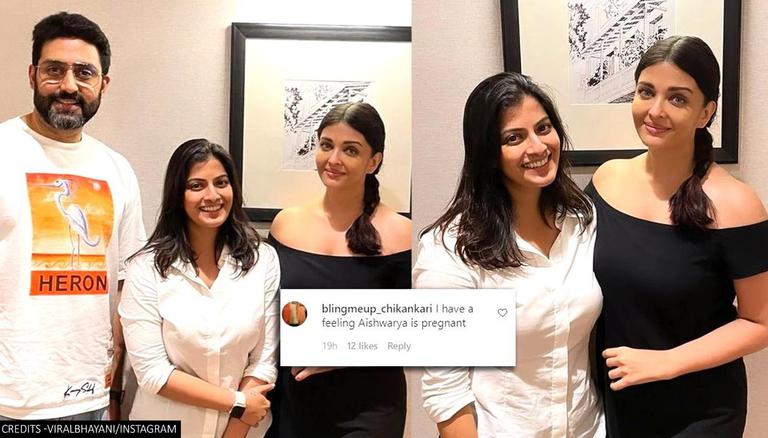 While the first picture sees Aishwarya Rai Bachchan and Abhishek Bachchan with Varalaxmi, another one captures the Bachchan and the Sarathkumar families posing for the camera. Varalaxmi also shared a picture of herself and Aishwarya Rai Bachchan. In the same, Aishwarya can be seen wearing a black dress with a braid while Abhishek wore a white sweatshirt. Fans of the Guru actor could not keep calm and guessed if Aishwarya is pregnant. One of the users who was shocked to know wrote, “I think she is pregnant.” Another user asked, “Is Aishwarya pregnant???” A third user chimed in and wrote, “She’s pregnant.” Another echoed similar sentiments and wrote, “She is pregnant. Good news.” 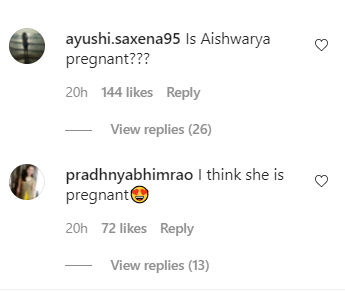 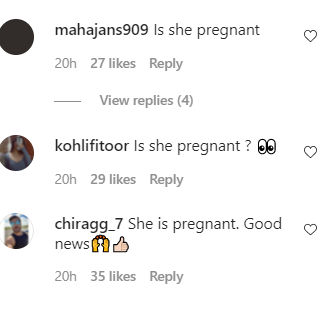 Varalaxmi's father Sarathkumar, is currently shooting with Aishwarya for the Tamil movie Ponniyin Selvan. While sharing her ‘fan girl’ moment, Varalaxmi wrote, “Met 3 of the warmest and most humble people last night.. none other than the gorgeous @aishwaryaraibachchan_arb the handsome hunk @bachchan and their sweetest daughter #aaradhyabachchan. Despite the families and lineage that they hail from, their humility and warmth were so amazing, I was just overwhelmed with their love.!!! It was so sweet of you to meet us and spend time with us.. may God shower all his blessings on your family.!!! Thank you daddy for making this happen @r_sarath_kumar. I think @poojasarathkumar is still recovering from the shock.!!! Hahah #fangirl."