'Jayeshbhai Jordaar' Box Office Collection, Day 4: As Ranveer Singh's film could not get a good start from day 1, take a look at how it is performing on day 4. 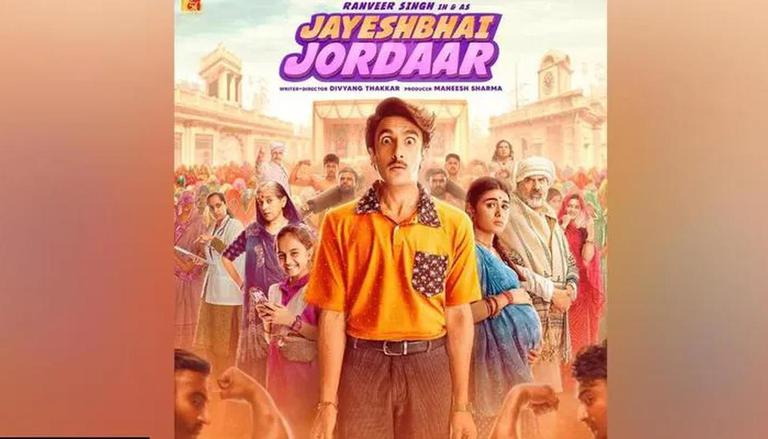 
Ranveer Singh's much-awaited film Jayeshbhai Jordaar hit theatres recently and garnered much adulation from fans. In the social comedy-drama, the actor took on the role of a sharp-witted Gujarati guy, who leaves no stones unturned to protect his unborn daughter and breaks patriarchal norms that prevail in the society. While the movie's plotline did well with the fans, the same success was not resonated at the ticket windows. Take a look at the collections for Day 4 here.

Though the film addressed a very crucial concept with the right drama, emotions, and comedy, it, however, failed to mint some good numbers at the Box Office. The poor collections are reportedly a result of competition from behemoths like KGF: Chapter 2, Sarkaru Vaari Paata, and many more. As per Sacnilk.com, while the film performed poorly during the initial three days of its release as it minted a total of Rs 12 Cr, it is anticipated to earn Rs 1.70 Cr on the fourth day, making the total advance to Rs 13.70 crore.

As per trade analyst Taran Adarsh, the Ranveer Singh starrer failed to attract audiences at the ticket windows as it earmarked a total of Rs 12 cr on its opening weekend. The film minted Rs 3.25 cr on Friday, Rs 4 cr on Saturday and Rs 4.75 cr on Sunday. Taran Adarsh's post read, ''#JayeshbhaiJordaar struggles in its opening weekend... The much-needed jump on Day 2 and 3 was missing... The going seems tough on weekdays, looking at the trending... Fri 3.25 cr, Sat 4 cr, Sun 4.75 cr. Total: ₹ 12 cr."

Jayeshbhai Jordaar stars Ranveer Singh in the lead role, accompanied by Shalini Pandey, who made her Bollywood debut with the film. The film also sees Boman Irani and Ratna Pathak Shah acing their roles as Ranveer Singh's parents. Many movie-goers caught the film's shows on the very first day, yet the numbers did not come out to be impressive. Jayeshbhai Jordaar arrived in the theatres on May 13, 2022, after facing several delays. The film was set to hit the big screens in October 2020 but was further postponed several times till May 2022. The movie is helmed by debutant Divynag Thakkar and its plot sheds light on the important social issue of eliminating female foeticide. The film stars Ranveer Singh in the titular role as the son of a traditional  Gujarati sarpanch who believes in equal rights between males and females in society.