John Abraham took to Instagram to post two new videos from his upcoming film Mumbai Saga. While one clip showed a snippet from the film, the other saw John Abraham and Emraan Hashmi promoting the film. The fans showed their enthusiasm and excitement for the film in the comments after John Abraham posted both the videos online.

In the first video, the actor posted a small snippet from the film. The dark and gritty side of Mumbai was unveiled in this short trailer that opens with a horse race. The teaser soon cuts to montages of the actors from the film. The narrator in the background delivers a strong message with the politician allowing a person to rule the city of Mumbai. A series of sharp dialogues are hurled at the viewers as the trailer plays along. Soon enough, bloodshed and violence were showcased which gave fans an insight as to what they can expect from the upcoming film. The caption for this trailer mentioned that the film's release is just three days and urged fans to book their tickets for the movie. Mumbai Saga is all set to release on the big screen and thus fans too expressed their excitement after watching the trailer shared by John Abraham. 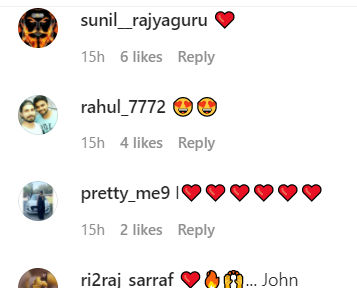 In the second video posted by the actor himself, he and Emraan Hashmi can be seen directly addressing the public. They begin by mentioning how things were when people would often flock to theatres. They remembered the times when people would shout and whistle at scenes from films as they watched their favourite segments. Thus after a long time of cinemas being closed due to safety purposes, the theatres have begun reopening. Following this, Mumbai Saga too will be released in theatres, and therefore both the actors from the film urged fans to book their tickets and experience the film in theatres just like old times. Emraan Hashmi and John Abraham have a conversation and inform fans that the movie will be released in three days, which is March 19. They also express that they are happy that the theatres are opening so that the fans can finally watch their film on the big screen. Fans expressed their excitement in the comments and left several positive messages for the actors and wished them well for the release of the film.

READ | John Abraham shares new poster from 'Mumbai Saga', asks fans if they chose a side 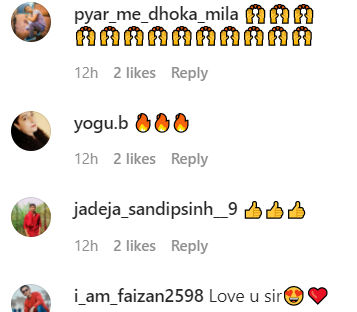