Actor Kangana Ranaut, who is all set to don the cap of a producer for her next film Tiku Weds Sheru, has been busy with its shooting since November first week. 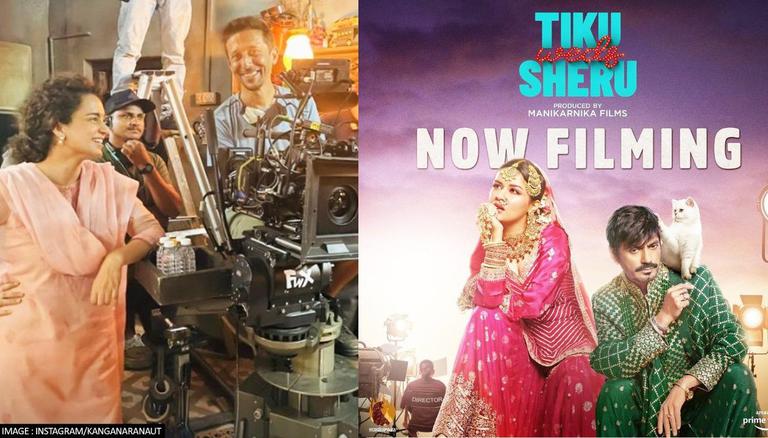 
Actor Kangana Ranaut, who is all set to don the cap of a producer for her next film Tiku Weds Sheru, has been busy with its shooting. The film, which stars actor Nawazuddin Siddiqui along with Avneet Kaur in the lead, will be bankrolled by Kangana’s production house, Manikarnika Films. Ever since the shooting of the film has begun, the actor has been treating fans with various BTS clips where she can be seen dedicatedly working on the set while helping her crew members.

The actor, who was recently honoured with the Padma Shri award, took to her Instagram stories and shared a picture from the sets of the film where she can be seen working wholeheartedly. She captioned it and wrote, "Most gratifying is to be a worker on the sets, BTS from Tiku weds Sheru". 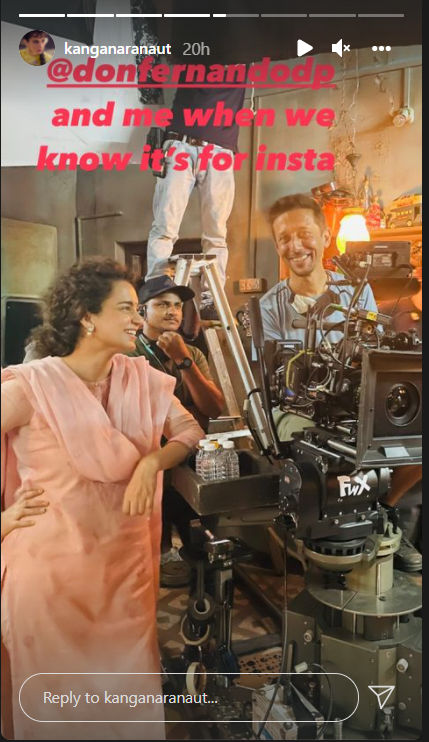 A few days ago the actress had also shared some posters from Tiku weds Sheru with quirky captains which created a lot of buzz and raised the excitement for the audience. The film is being touted as a love story featuring actor Nawazuddin Siddiqui and Avneet Kaur in the lead role. The shooting of the film began in the first week of November. 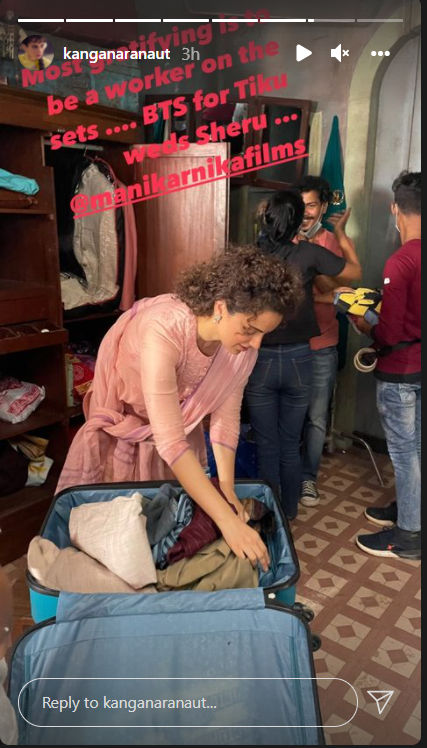 Through the first loom posters, Kangana revealed that Nawazuddin Siddiqui will play the role of Shiraz Khan Afghani urf Sheru while Avneet will be seen essaying the character of Tasleem Khan urf Tiku. Meanwhile, on the professional front, Kangana Ranaut wrapped up the shooting of her next film Tejas. The film that went on floors in the month of December last year recently finished shooting. The cast and crew celebrated the moment by holding a special wrap-up party. Backed by RSVP movies, the film will see Kangana portraying the role of an Indian Air Force pilot. Helmed by Sarvesh Mewara, the film takes inspiration from India's first Air Force that inducted women into combat roles in the year 2016. Kangana’s first look from Tejas was unveiled on her birthday in the month of March.  Apart from this, she also has Dhaakad, Emergency in her kitty.