Kangana Ranaut took to her Instagram to share the sweet surprise that she received from the producers of her upcoming movie 'Dhaakad'. Take a look 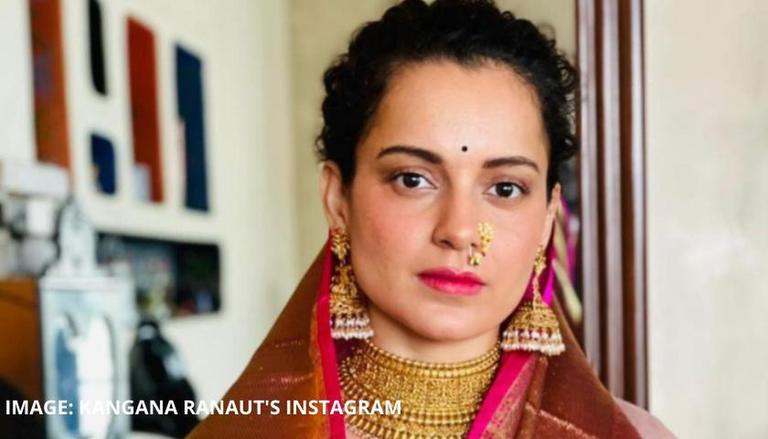 
Kangana Ranaut will soon be seen in the action movie Dhaakad. The actress has time and again through her social media revealed that she had undergone extensive training for the role in the movie. Recently Kangana took to her Instagram and shared a sweet surprise that she received from the producer of her movie.

Kangana Ranaut gets a surprise from Dhaakad producer 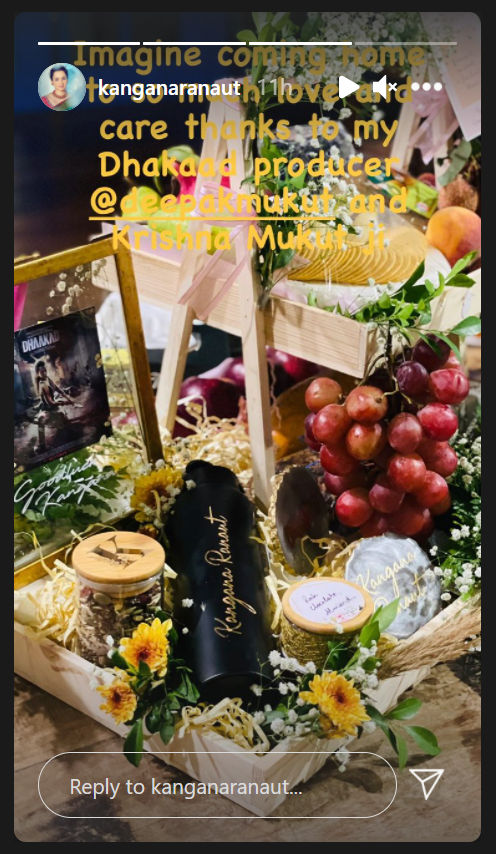 Kangana Ranaut last night received a thoughtful surprise from the producer of Dhaakad movie, Deepak Mukut. Kangana received a hamper of assorted fruits and flowers as a gift. While sharing the picture of her gift the Manikarnika: The Queen of Jhansi actress thanked her producer for the gift. She wrote, "Imagine coming home to so much love and care, thanks to my Dhaakad producer @deepakmukut and Krishna Mukut ji".

Kangana Ranaut in Dhaakad movie will play the role of an international spy named Agent Agni. Kangana compared her action scenes from the movie to that of Gal Gadot's through her recent Instagram post and also compared her acting skills to Meryl Streep. The post was a compilation of Kanagana's photo from her upcoming movies Thalaivi and Dhaakad. While sharing the post she wrote, "The kind of range I display as a performer no other actress on this globe has that right now, I have raw talent like Meryl Streep for layered character depictions but I can also do skilled action and glamour like Gal Gadot." The actress also through one of her Instagram posts said that she took inspiration for her character Agent Agni, from Bhairavi the goddess of death.

READ | On World Environment Day, Kareena, Kangana, Alia, Ayushmann, others have message for you

Dhaakad cast will also include actors like Arjun Rampal and Divya Dutta in the lead roles opposite Kangana. The supporting cast of the movie includes Sharib Hashmi, Neeraj Pardeep Purohit, and Ankit Pachori. The movie is scheduled to release on October 1, 2021.

The actress will next be seen in the biographical political drama Thalaivi based on the life of J. Jayalalithaa, a politician and film actress who served six times as the Chief Minister of Tamil Nadu. Kangana will be seen portraying the role of Jayalalithaa. The actress was last seen in the sports film Panga for which she won the  National Film Award for Best Actress.