Kareena Kapoor Khan took to her Instagram story on Tuesday to share her selfie after she went on a 'beautiful trek'; she was seen in a no-makeup look. 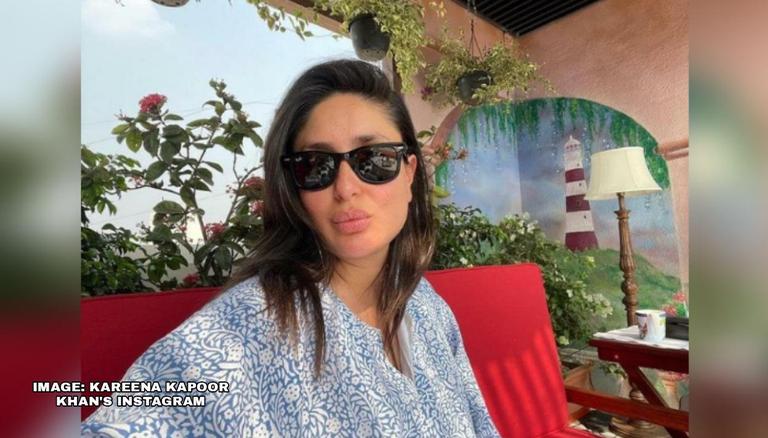 
Kareena Kapoor Khan took to her Instagram handle to flaunt her no-makeup look. The 40-year-old actor, who welcomed her second son earlier this year, remains fit through workouts like pilates and yoga and often shares a sneak peek of her fitness routine with her 6.7 million Instagram followers. The Jab We Met actor opted for a trekking trip this Tuesday and shared a selfie after completing it.

In her Instagram story from Tuesday, June 8, Kareena Kapoor shared a selfie of her after completing a trek. The Kurbaan actor was seen in navy blue athleisure wear in the photo and her hair was tied back. Bebo looked refreshing in the no-makeup selfie despite the trek and was glowing in the picture as she gave a subtle smile. The Chup Chup Ke actor wrote in the story, "Beautiful trek done @pumaindia" and added a green checkmark and red heart emoticons in the end. Check out the screenshot of the story-

Kareena Kapoor does not hesitate to share her no-makeup look. Last week she shared a video of her goofing around with Instagram filters and she also shared her no-makeup look in the post. The Ki & Ka actor expressed her Tuesday moods through the filters and began the video with a selfie of hers with the word 'Tuesday' inscribed on it. In the following photo, the Instagram filter changed the color of her eyes and made her green eyes shine even more. She then added a no filter picture in which she was seen swamped in her thoughts as she looked away. The reel played Natalie Taylor's folk song Surrender in the background. Upon sharing the video, she wrote in the caption: "#MoodyTuesdays ft. Instagram filters."

Kareena Kapoor and her husband, actor Saif Ali Khan welcomed their second son on February 21, 2021. The actors have been private about their second child and have avoided revealing the name as well as his face on social media. However, their first son Taimur Ali Khan had created a frenzy on the internet ever since his birth in 2016. On the occasion of world environment day, June 5, Kareena shared a montage of pictures of Taimur playing with sand on the beach. She wrote in the caption, "Protect. Heal. Love. #WorldEnvironmentDay".

READ | On World Environment Day, Kareena, Kangana, Alia, Ayushmann, others have message for you