Kareena Kapoor Khan's 'Chand series' featured Saif Ali Khan and their sons Taimur & Jeh. One could see glimpses of the Pataudi Palace too. 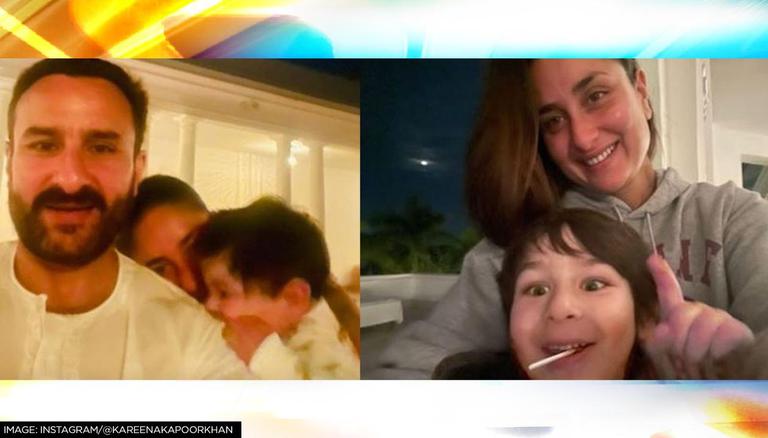 
Kareena Kapoor Khan-Saif Ali Khan make it a point to take time out of their busy schedule to head out of Mumbai often. Apart from their trips to other parts of the country and even abroad, the family also likes to visit the latter's ancestral property, Pataudi Palace in Haryana. The star couple and their children, Taimur and Jeh, are currently spending some quality time at the palace.

The family seemed to be having a gala time, if the pictures from their outing are anything to go by. Apart from the four of them, there was something else that caught their fancy too.  Kareena shared a glimpse of her 'Chand series' featuring her boys.

Kareena dropped her 'Chand series' on her Instagram stories on Thursday. The actor first shared the image of the moon shining from between the clouds.

READ | Kareena-Saif's son Jeh gets all the attention in Diwali pics, poses with Karisma & others 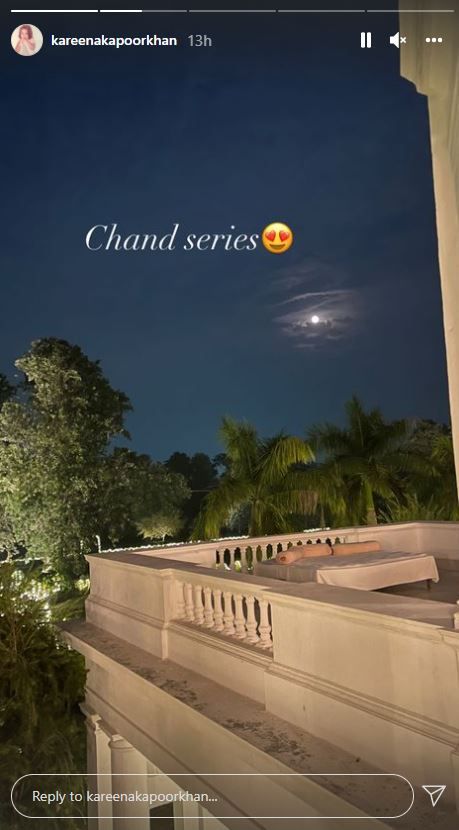 She then introduced her elder son Taimur as her 'Chand 1',  who was happy to pose with a lollipop in his mouth, while the real 'Chand' too shined behind them. 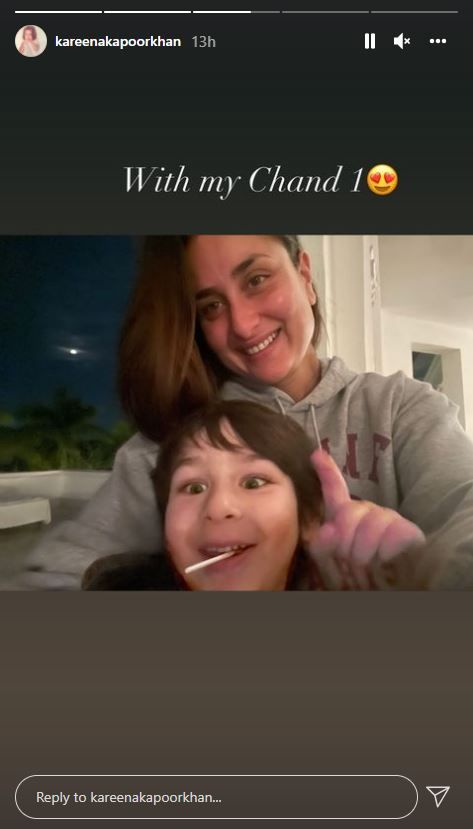 The Jab We Met star then shared a selfie with Saif, and captioned it, 'And the best for the last.' 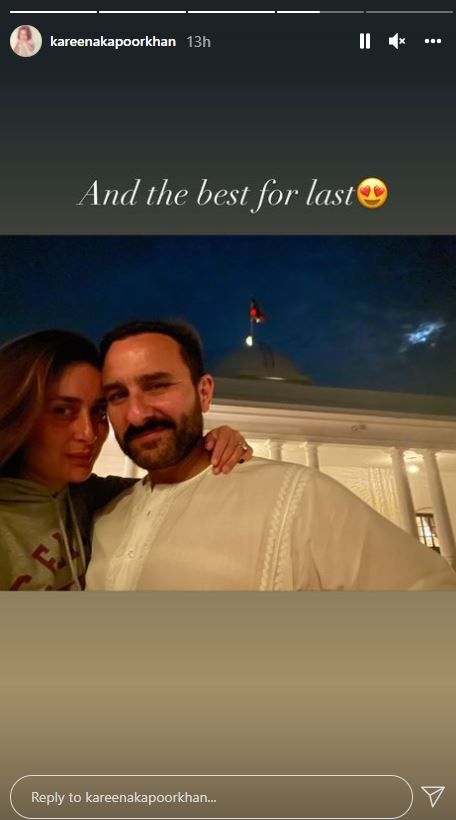 However, that was not the last, as younger son Jeh too joined in, as Kareena somehow managed to click him between the 'Chand and his bedtime.' 'But I managed yay... series complete', she exulted.

READ | Not Raj & Kareena, Adnan Sami says this actor is the best looking from the Kapoor khandan One could also see glimpses of the Pataudi Palace, the terrace and the pillars, giving it the 'royal' look.

Numerous other moments of the family were loved by their fans this year, right from their trips to mark birthdays, the four's traditional look on Diwali and other heartwarming moments.

Meanwhile, on the work front, Saif is gearing up for the release of Bunty Aur Babli 2. He plays the role of a middle-class man, as Babli aka Rani Mukerji's husband in the movie. The comedy hits the theatres on Friday.

Kareena will next star in the film Laal Singh Chaddha. The Aamir Khan-starrer hits the theatres on the occasion of Valentine's Day.

WE RECOMMEND
Kareena Kapoor celebrates the festival of 'Love and light' by sharing Jeh and Saif's pic
On Children's Day, Kareena Kapoor urges followers to 'reimagine' education that is safe
Kareena Kapoor proves 'yoga runs in the family' with Jeh's picture; See
Kareena Kapoor Khan reveals never thinking about her ‘biological clock’ before Jeh
Kareena Kapoor's son Taimur dresses like a cowboy for rooftop Halloween party: See pics
Listen to the latest songs, only on JioSaavn.com