Creative director of the French luxury fashion house Chanel, Karl Lagerfeld passes away at 85 in Paris, after a prolonged illness. Fashion Designer Manish Malhotra, actress Athiya Shetty and others react

Karl Lagerfeld, who turned around the world of fashion with his innovative ideas and creativity died at the age of 85. Known for his dark glasses, a silver ponytail and fingerless gloves -- Lagerfeld became the most recognizable man and a celebrated fashion designer in the 20th century.

Before taking on Chanel, he was working in Paris under Pierre Balmain in the 1950s and later moved to the House of Patou. He also had stints as a freelancer for Chloé and was then hired by Fendi in 1967 as a consultant director. Donatella Versace, took to her Instagram handle and called him a genius who "touched the lives of so many."

Bollywood and Hollywood celebrities took to their social media account to express their grief.

Rest in peace @KarlLagerfeld. You were an icon and a legend. #KarlLagerfeld #RIP
Fact. Karl Lagerfeld owns a red point Birman cat named #Choupette, which, on 1 June 2013, he indicated he would marry, were it legal. pic.twitter.com/x2C596vdig

Athiya Shetty wrote: "RIP to the best there was #karllagerfeld 💔'' [sic]

“Evolution is the secret for the next step” - rest in peace, Karl Lagerfeld ❤

Victoria Beckham also wrote: ''So incredibly sad to hear this. Karl was a genius and always so kind and generous to me both personally and professionally. RIP 💔x vb'' [sic]

So incredibly sad to hear this. Karl was a genius and always so kind and generous to me both personally and professionally. RIP 💔x vb

German actress Diane Kruger wrote on her Instagram: "Karl.....I cannot tell you how much you meant to me and how much I will miss you ♥️ I will never forget your kindness towards me, your laughs, your imagination ♥️ I came to France to see you this week and introduce you to my daughter...I’m heartbroken I was too late ♥️ Rest In Peace, I adore you ♥️" [sic] 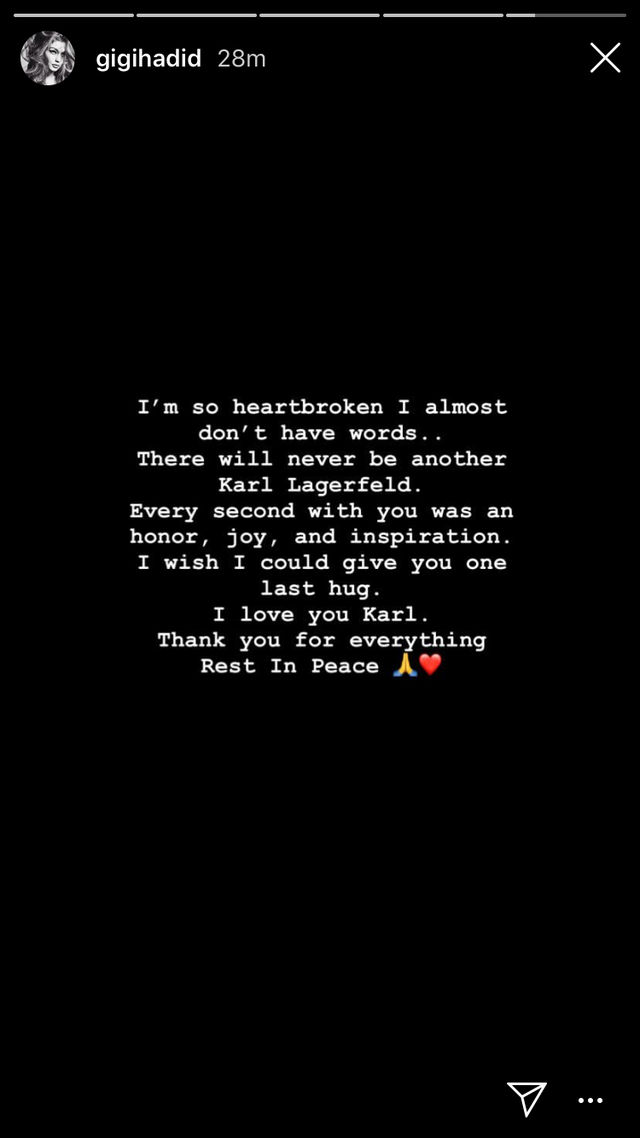