Actor Kartik Aaryan, who is currently busy shooting for his upcoming horror-comedy drama Bhool Bhulaiyaa 2, recently got a bout of laryngitis. 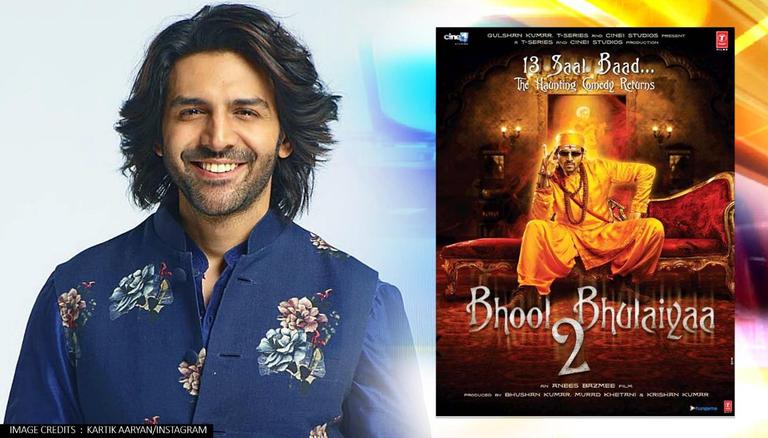 
Actor Kartik Aaryan, who is currently busy shooting for his upcoming horror-comedy drama Bhool Bhulaiyaa 2, recently got a bout of laryngitis. The actor has been lately shooting the climax of the film with co-star Tabu after the shooting was stalled due to the second coronavirus wave. According to Bollywood Hungama, the climax demanded Kartik to scream and shout and hence that strained his larynx.

A source close to the film’s core team told the entertainment portal that Tabu and Kartik Aaryan were shooting the climax of Bhool Bhulaiyaa 2. The climax was a massive undertaking, with lots of drama and action and Kartik had an insane amount of screaming and shouting to do. At the end of it, Kartik just lost his voice and the entire crew was just frightened and panic.

The source also shared that medical assistance was immediately summoned and everyone got a sigh of relief when the doctors gave assurance that the actor’s voice needed some rest and that there is nothing to worry about. Moreover, apart from the entire team, the sudden scene scared director Anees Bazmee as well. While sharing his views on the same, he said that everyone was charged up to see the two stars play against each other at such a high dramatic level. Everyone was stunned and was keeping an eye on Kartik and Tabu for the shot. Suddenly all were surprised when Kartik who is always ready to take the risks, could not say anything. Aneez revealed that his voice had gone from all the shouting. But he seemed undeterred and the entire team was amazed by his dedication.

READ | Kartik Aaryan posts a 'pretty in pink' selfie, wants it to be 'national mask colour'

The shooting for the film first began last year in Lucknow but was halted due to the COVID-19 pandemic. The cast and crew reunited again after one year in March 2021, but the filming was disrupted after Kartik contracted coronavirus, and then later due to the COVID-induced lockdown during the second wave. Bhool Bhulaiyaa2 is a sequel to the 2007 film which was directed by Priyadarshan and featured Akshay Kumar and Vidya Balan in the lead roles. The supporting characters were played by Ameesha Patel, Shiney Ahuja, Paresh Rawal, Manoj Joshi, Asrani, Rajpal Yadav among others. The Priyadarshan directorial was a remake of the 1993 Malayalam film Manic.

READ | Kartik Aaryan gets into Marvel spirit by sharing his love for Spiderman; See post here