Kartik Aaryan took to his Instagram and shared a picture of his visit to the Siddhivinayak Temple as his movie 'Dhamaka' released on Netflix. 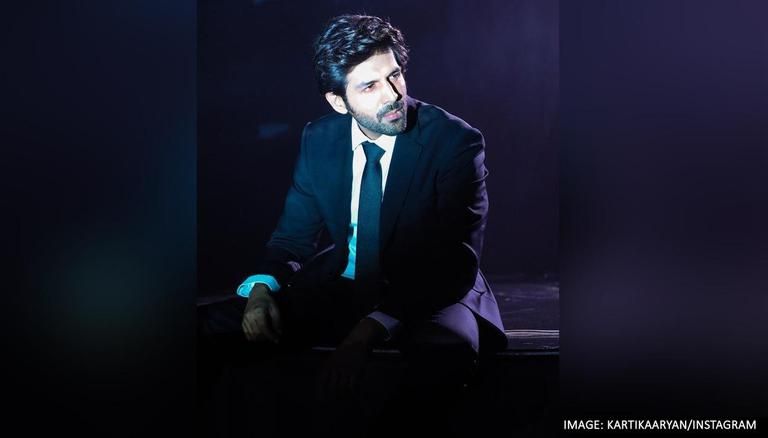 
On the auspicious day of Kartik Purnima, Bollywood actor Kartik Aaryan visited the Siddhivinayak Temple to seek blessings of Lord Ganesha. Also, Aaryan's movie Dhamaka also release on Netflix on Friday and has been receiving praises from critics and audiences alike. Kartik took to his Instagram and shared a picture from his visit to the temple.

Kartik Aaryan took to his Instagram and shared a picture of his visit to the Siddhivinayak Temple. In the picture, the actor was seen whispering into the ears of a rat's idol Mooshak, which is considered as Ganapati Bappa's vehicle. As he shared the picture, Kartik wrote, "Aaj kaan mein sirf Thank You bola !! Ganpati bappa Moriya. Feeling blessed with all the love coming from the industry Can’t wait for the fans to watch it!! #Dhamaka now LIVE on Netflix!"

Kartik's action thriller movie Dhamaka released on Netflix on November 19 and is a remake of the 2014 South Korean movie The Terror Live. The actor plays the role of a journalist named Arjun Pathak, who receives a threat after he exclusively interviewed a terrorist, who blew up a bridge. The film also stars Mrunal Thakur and Amruta Subhash in prominent roles. The film will be also screened at the 52nd International Film Festival of India after the film's release.

Meanwhile, Kartik will next be seen in the movie Captain India directed by Hansal Mehta. As he shared the poster of his upcoming movie, he wrote, "When a man goes beyond the call of duty. With great pride and honour, we bring to you #Captain India." The upcoming film's director Hansal Mehta in a statement given to PTI said that the movie will be based on real-life events and will revisit a moment in time where a man went beyond his own pain and sufferings to save thousands.

Aaryan also spoke to PTI about his upcoming venture and expressed his excitement to work with director Hansal Mehta, he said "Captain India is inspiring and thrilling in equal measures and it gives me great pride and honour to be a part of such a historic chapter of our country. I have immense respect for Hansal sir's body of work and this was the perfect opportunity to collaborate with him."