Kartik Aaryan is currently busy with his shoots for Dostana 2 in Patiala. Here is a small clipping posted by him on Instagram featuring a Lagaan crossover.

Kartik Aaryan is currently busy promoting his upcoming movie Pati Patni Aur Woh and shooting for his forthcoming film Dostana 2. The actor has made a mark for himself with his excellent comic timing and on-screen presence. He is also known for his monologues from the Pyaar Ka Punchnama movie series. Here are a few bloopers from the sets of Dostana 2.

Also read: Dostana 2: Kartik Aaryan, Janhvi Kapoor And Lakshya To Shoot In Patiala For A Week

Recently, Kartik Aaryan took to Instagram and shared a few bloopers and behind the scenes videos from the locations of Dostana 2. In the video, the entire team of Dostana 2 can be seen enjoying the weather under the night sky. At the background in the video, the song Kaale Megha from the movie Lagaan can be heard. The clipping seems to be a perfect fit for a Lagaan x Dostana 2 crossover. 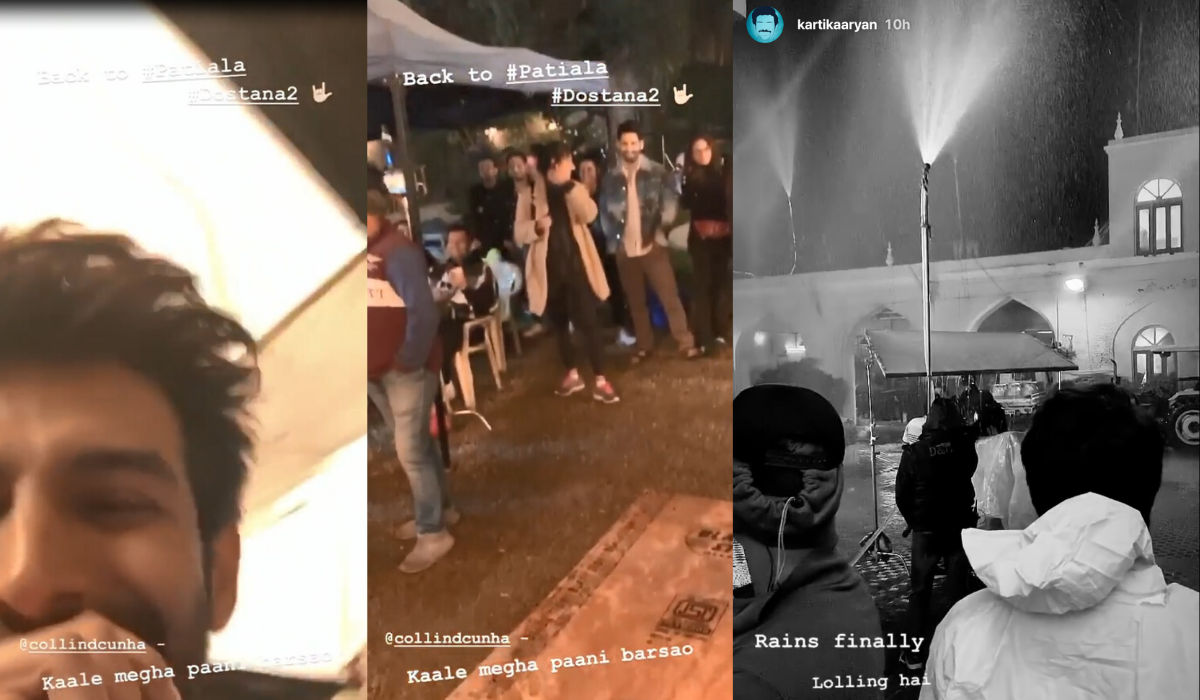 Kartik Aaryan has captioned the video saying, Back to #Patiala, and #Dostana 2. He has also given credits to Collin Dcunha, the director of Dostana 2 for playing the song. The video begins with Kartik Aaryan’s selfie camera which he switches to the rear camera. From the likes of the video, it appears that Collin Dcunha is the one who has made the ‘When Lagaan Meets Dostana 2’ moment possible. When closely looked at, you can notice that Collin Dcunha is playing the song on his phone and holding a mic next to the speaker of the phone.

Kartik Aaryan is touted to be one of the most talented actors and has already bagged a few forthcoming projects. Some of his future movies include Love Aaj Kal 2, Pati Patni Aur Woh, Bhool Bhulaiya 2 and Dostana 2. As of now, there are no official updates on Dostana 2 release date.