Priyanka Chopra's first Karwa Chauth picture with husband & singer Nick Jonas is out and it is all things love - from DIY Mehendi, red bangles & stunning saree.

Firsts are always special and Priyanka Chopra shared the joy of that on social media. Celebrating her first Karwa Chauth, Priyanka shared a glimpse of her DIY mehendi, a picture with her BFFs and red bangles. Nickyanka, as they are fondly called by their fans, celebrated this festive occassion in Los Angeles, US. Priyanka shared an adorable picture with Nick and wrote that she will forever remember this day as they are celebrating it at Nick Jonas' concert. Take a look -

The Sky is Pink: Priyanka was shooting until 4 days before her wedding 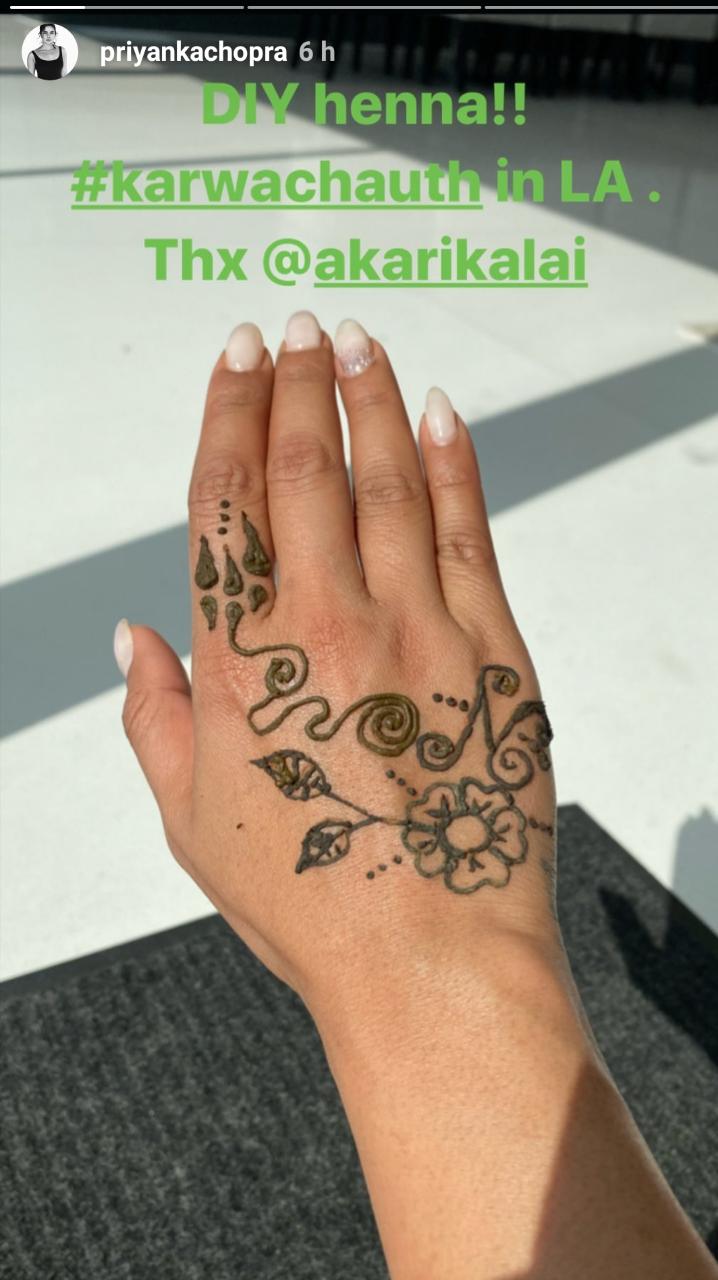 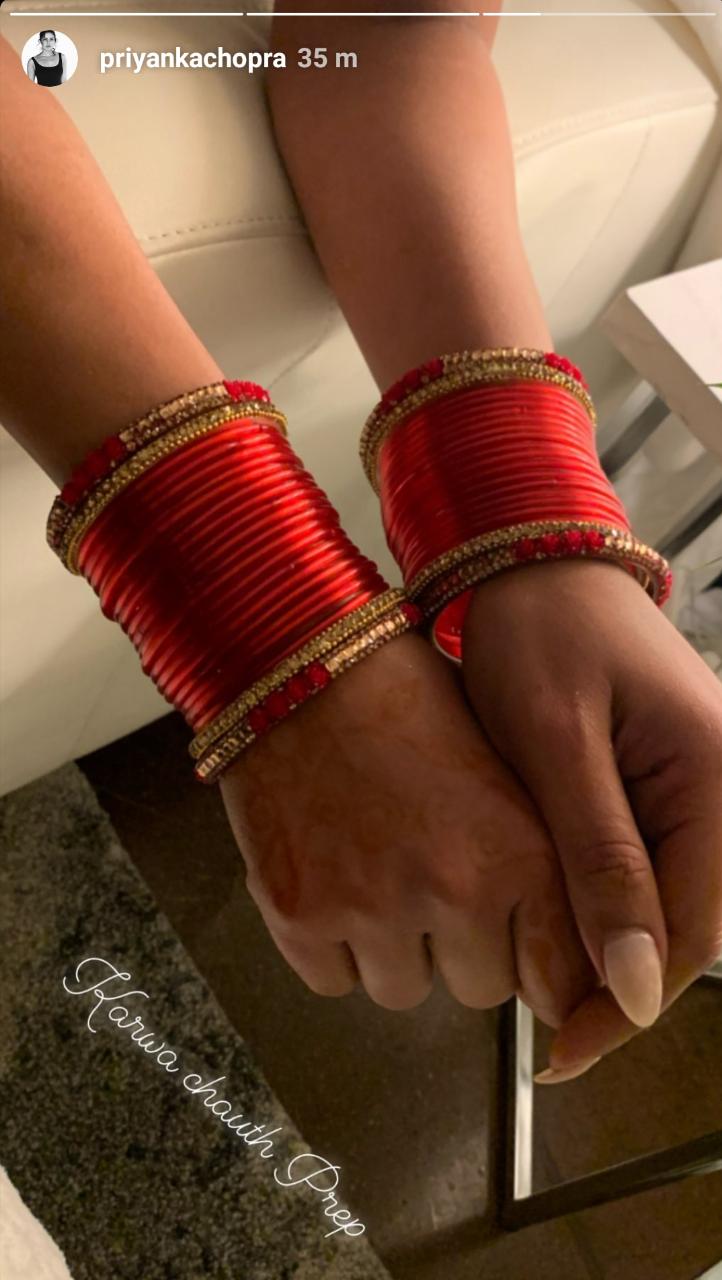 The actress was last seen in the film, The Sky Is Pink, which starred Farhan Akhtar, Zaira Wasim and Rohit Saraf in pivotal roles.

The Sky Is Pink is directed by Shonali Bose and produced by Roy Kapoor Films. The film is based on a true story about the life of a girl named Aisha Chaudhary. Aisha was born with SCID and had to undergo a bone marrow transplant as a baby. Due to extensive chemotherapy following the transplant, Aisha was later diagnosed with a rare disease, named Pulmonary Fibrosis. Aisha passed away in 2015, but she managed to inspire millions before that through her talks and her book, My Little Epiphanies.

Priyanka Chopra's video with niece will brighten your day up; watch

The actor had recently appeared on the Jonas Brothers' music video, Sucker. Priyanka Chopra's movie with Farhan Akhtar, The Sky Is Pink, had a TIFF release this year. It hit the Indian theatres on October 11, 2019. Her next Hollywood project is Robert Rodriguez's We Can Be Heroes. Priyanka Chopra will also star in Gangubai and Gustakhiyan.

On the personal front, the actress is married to singer-songwriter Nick Jonas and is going to complete one year in December. Their wedding has been described by many as a fairytale that took place in Udaipur.