After a grand wedding celebration in Rajsthan, actor Katrina Kaif was all set to begin shooting for her next project Merry Christmas in New Delhi. 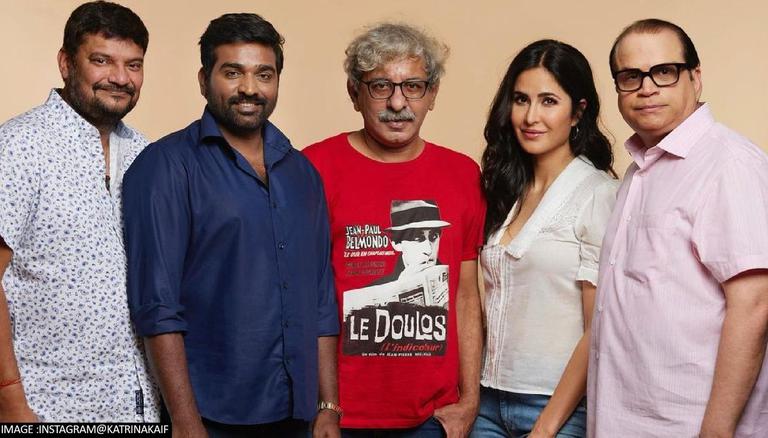 
After a grand wedding celebration in Rajsthan, actor Katrina Kaif was all set to begin shooting for her next project Merry Christmas. The film, helmed by Andhadhun director Sriram Raghvan, also starred Vijay Sethupati in the lead alongside Katrina. According to a Bollywoodlife report, the crew and the team have postponed the shooting plans.

Earlier, Katrina had shared the exciting news about the collaboration on her Instagram. She had shared a picture with Sriram, Vijay, and producer Ramesh Taurani along with others while sharing her excitement for the same. “New Beginnings. Back on set with director #sriramraghavan for Merry Christmas! I've always wanted to work with Sriram Sir, he is a master when it comes to narratives that showcase thrillers and it's an honour to be directed by him."

According to a source of the leading entertainment portal, Katrina Kaif, Vijay Sethupathi, and the other cast and crew members were all set to leave for Delhi around this month. However, now due to the surge in the number of cases and with strict restrictions imposed in the National capital, they have postponed the plan. And now the makers have decided to cancel the Capital schedule for now. The first schedule of the film was shot in Mumbai earlier week".

Currently, due to the COVID-19 scare, many major film releases have been getting postponed and theatres are being shut. Merry Christmas is all set to release in theatres on December 23, 2022. However, the date might get postponed owing to the pandemic After Shahid Kapoor starrer Jersey makers postponed the release of the film which was slated to release in theatres on December 31, 2020, the production house of RRR and Radhe Shyam has also joined the bandwagon and have delayed the release.

In the wake of the daily rise in COVID-19 cases, the Delhi Disaster Management Authority (DDMA) on Tuesday decided to impose a weekend curfew in the national capital. The curfew will be in force from Friday 10 pm to Monday 5 AM every weekend till further notice. Addressing the media on Tuesday, Delhi Deputy Chief Minister Manish Sisodia said the impact of the Omicron variant of Coronavirus was less severe but asked people to be on guard.