Kabir Singh actress Kiara Advani is the latest victim of sociam media hacking. She took to her Instagram handle to inform her fans that her Twitter account has been hacked. In a series of two Insta stories, she warned them against the suspicious links being sent out to people from her account and urged her fans not to click on any. She concluded by saying that some unnecessary and strange tweets were being posted. But a point to note here is, when we explored her Twitter account, there was nothing unusual except the fact that the display picture was missing. Take a look - 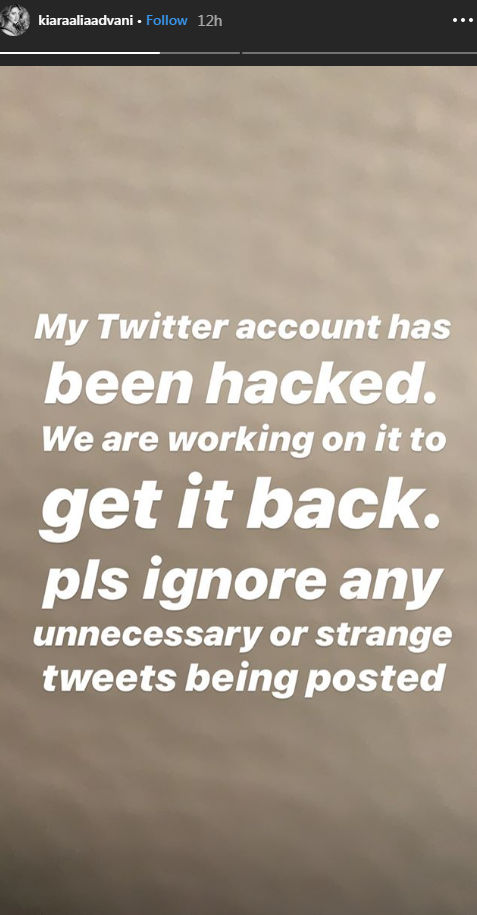 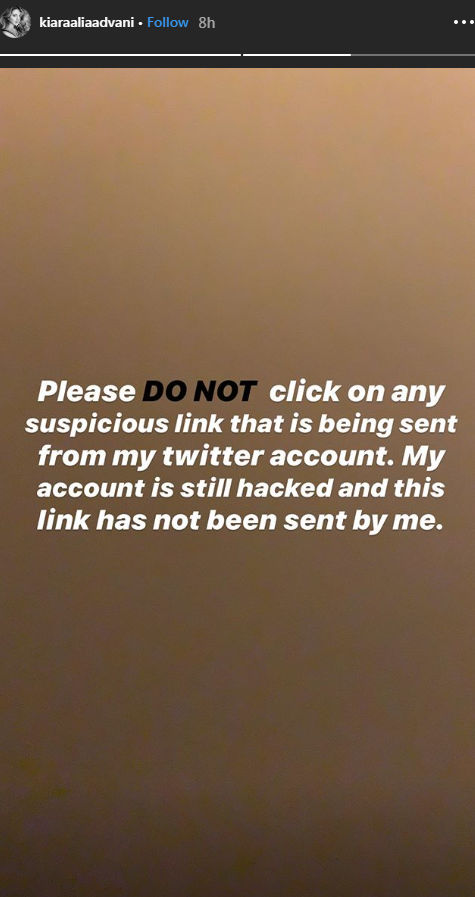 Actor Kiara Advani has signed on to star in Anees Bazmee's horror comedy "Bhool Bhulaiyaa 2" opposite Kartik Aaryan. The actor, last seen in the blockbuster "Kabir Singh", said Akshay Kumar-starrer "Bhool Bhulaiyaa" was the first ever horror film she had watched and is a huge fan of the movie. "It's super exciting to get the opportunity to be a part of the franchise. Its my first time being directed by Anees sir and I'm looking forward to the experience. It's being produced by the makers of my most special film so it feels like home working with Cine1 and T-Series again.

"Kartik and I are working together for the first time, can't wait to begin this journey so we can bring the film to you soon," Kiara said in a statement. Bazmee said he is sure both Kartik and Kiara "will bring new energy to the table, hoping to have a blast." The horror comedy is scheduled to go on floors in October this year and will hit the screens on July 31, 2020.

Kiara Advani: Everything you must know about the 'Kabir Singh' actress

Apart from this, Kiara will also be seen opposite Akshay Kumar in Laxxmi Bomb and Good News. She will also feature in Shershaah with Sidharth Malhotra and has also wrapped shooting for a Netflix film.

Kiara Advani to star alongside Kartik Aaryan in 'Bhool Bhulaiyaa 2'