Kirti Kulhari took to IG & issued a statement about her separation from husband, Saahil Sehgal. In the note, she informed that it is not on paper but in life.


On April 1, 2021, Kirti Kulhari took to her official Instagram handle and made an announcement that she is parting ways with her husband, Saahil Sehgal. The actor dropped a note announcing that the decision is "not on paper, but in life". She addressed the note to "all those who really care" and concluded it on a positive note. As for the caption, she simply dropped a white heart. Her Four More Shots Please co-actors have extended their support by dropping positive comments on the separation post.

Sayani Gupta: "You know we are in your corner na"

In the long note, Kirti wrote, “A simple note to let everyone know that my husband Saahil and I have decided to separate. Not on paper, but in life”. “A decision that’s probably harder than the decision of ‘being with somebody’, because coming together is celebrated by everyone you love and care about”, she said. “And the decision of ‘not being with somebody’ brings along pain and hurt to the same people. It’s not easy. Guess it’s not meant to be easy but ‘it is what it is’”.

The Girl On The Train actor concluded, “To all those who really care, I am in a good place and I hope everyone who matters in my life is too”. “Will not be commenting further on this. Upward and Onward… Always..” with a praying hands emoticon. The actor tied the knot with Saahil in the year 2016, a few months before Pink was released. Kirti Kulhari's husband is also an actor who has appeared in movies such as Basmati Blues, Plus One, Ishq Holidays. Many of her co-actors and friends from the entertainment industry extended their support after seeing Kirti Kulhari's separation post. 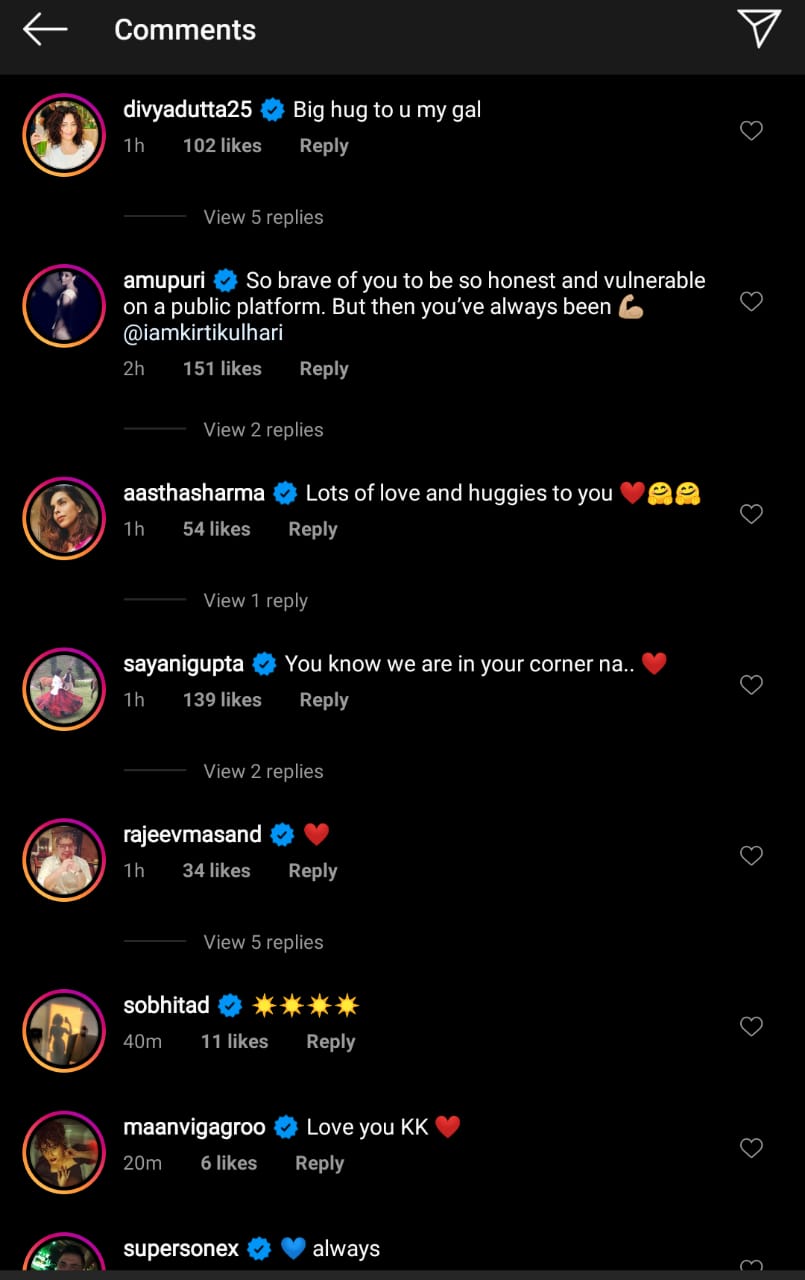