'Ajeeb Daastaans' actor Konkona Sen Sharma took to her Instagram handle on Thursday to reveal she has tested negative for Covid-19, says she is "grateful"


Konkona Sen Sharma had a brief scare that she might have contracted the novel Covid 19 virus. However, the 41-year-old actor ran through medical tests and has been tested negative. Konkona took to her Instagram handle on Thursday, April 15, to inform about the same to her followers. Konkona added a few pictures of dressed in a traditional saree on the occasion of Bengali New Year. The Wake Up Sid actor wished her followers "Shubho Nobo Borsho" for the auspicious occasion. She revealed her Covid 19 test was negative and she couldn't be more grateful. In the caption, she wrote "Shubho Nobo Borsho! Thrilled to be doing promotions for #ajeebdaastaans after a brief covid scare! Test turned out to be negative and I couldn’t be more grateful. Can’t wait for you guys to watch @neeraj.ghaywan’s Geeli Puchi".

As much as her followers were relieved that the Ajeeb Daastaans actor had tested negative, many of her fans and even B-Town celebrities were in awe of her traditional look. Actor Dia Mirza commented "Shundori" with a red heart. Sheeba Chada commented, "Too sunder, so looking forward. Thank God". Actor Tillotame Shome wrote, "Ohhh Thank God that it was negative Koko!! Now I can focus on how beautiful you are looking". 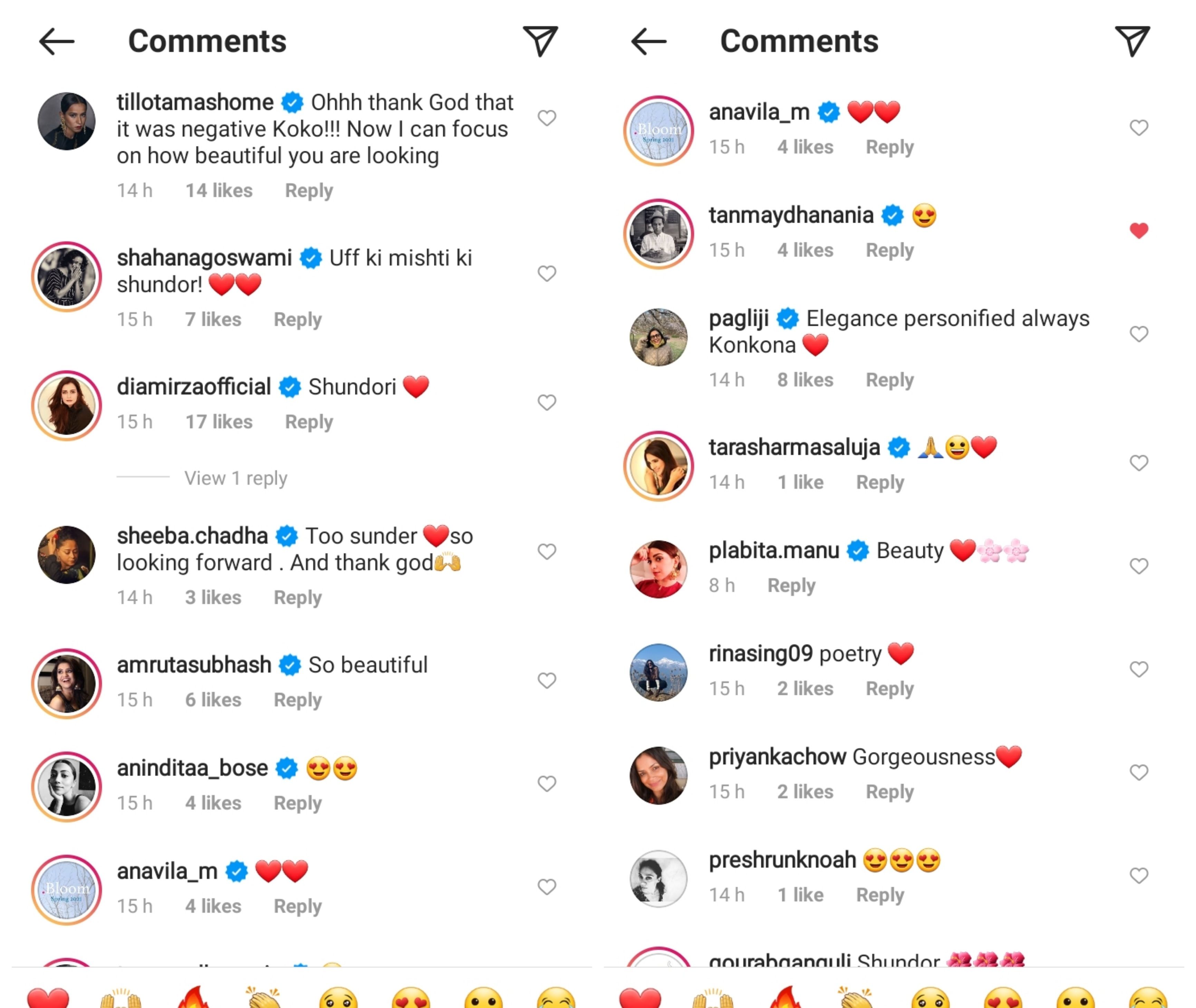 Konkona Sen's Ajeeb Dastaans in set to release on Friday, April 16. A couple of days ago Konkona shared a teaser of the same that featured her co-star Aditi Rao Hydari. The video showed both of their characters working in a male-dominated factory. Aditi essayed the role of an upper-caste woman, who is newly married and hired to do a desk job. Whereas Konkana's character is shown as a lower caste woman who is denied the same job even though she had the same degree. The teaser shows their friendship, their journey of self-discovery, and their endearing bond as they overcome adversity. Sharing the teaser Konkona wrote in the caption, " 'They're just good friends' is too simple to describe Priya and Bharti".

READ | Ajeeb Daastaans cast revealed: Konkona Sen and Nushrat Bharucha to be a part of the film