Lamhe: Yash Chopra's movie garnered huge acclamation from the critics and the audience alike. Lamhe, upon its release in 1991, was a big commercial success.

On the 28th anniversary release of Lamhe, Yash Raj Films took to social media and shared a post regarding the same. Starring Anil Kapoor and Sridevi in the lead roles, this Yash Chopra directorial movie garnered huge acclamation from the critics and the audience alike. Lamhe, upon its release in 1991, was a big commercial success overseas.

Produced under the banner of Yash Raj Films, this romantic drama flick achieved numerous awards and accolades. Late actor Sridevi went on to win national award for her role as Pallavi in the movie. Considered to be one of the finest films churned out by Chopra, Lamhe emerged to be the 10th highest grosser of that year. This classic romantic drama is loved by the audience to date.

The plot of the movie

Released in the early 90s, Lamhe was way ahead of its time. It beautifully showcased how love has no boundaries. Moving ahead with the liberalized storyline, Lamhe was not relatable to the audience back then. The story revolving around Viren falling in love with an older woman and Pooja falling head over heels for a man who once loved her mother was new and could not be digested so easily.

Also read: Sridevi: Movies Of The English Vinglish Actor That Won Her Accolades

Yash Raj Film’s post about the same took social media by storm. Fans have been retweeting and showering their love and appreciation for Lamhe. Here are some comments posted by the fans on the occasion. 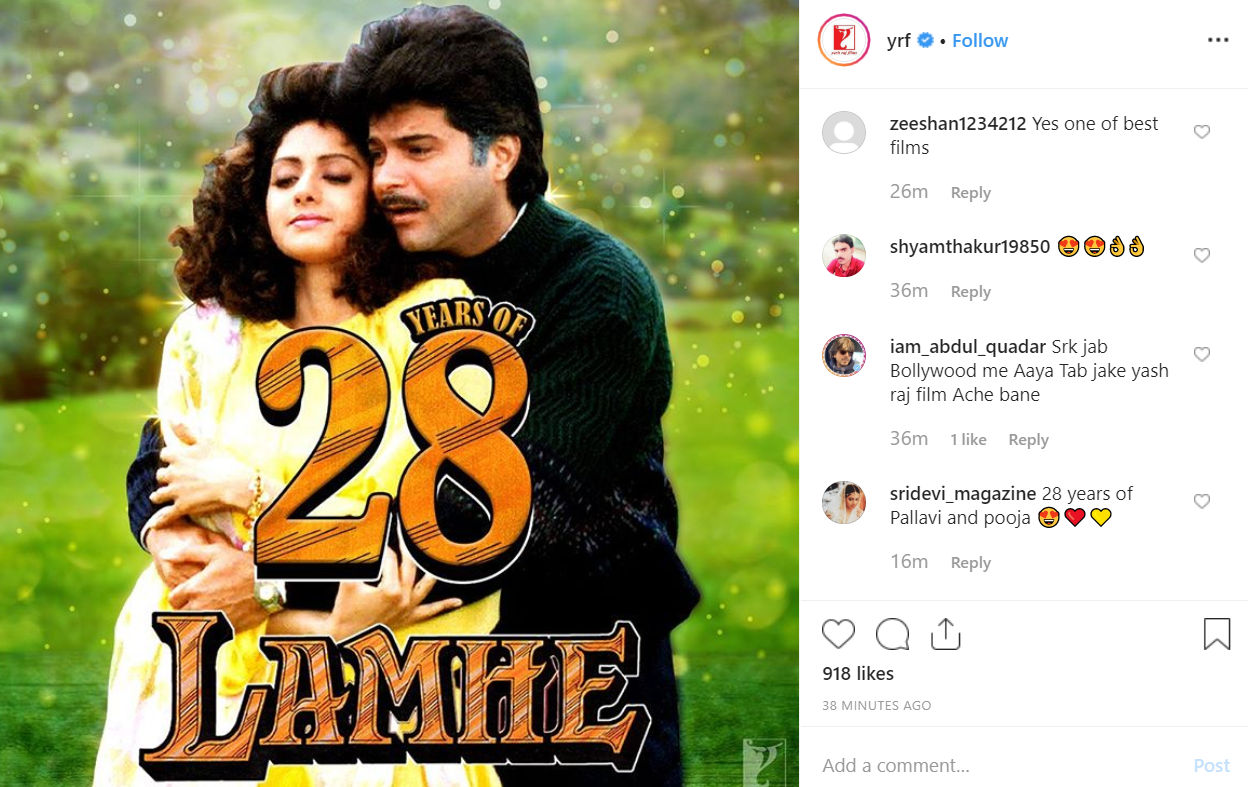