Director Madhur Bhandarkar on Friday filed a complaint in Indian Motion Pictures Producers' Association (IMPPA) against Karan Johar's Dharma Productions for misusing his title 'Bollywood Wives' for his Netflix show. "We wish to inform you that we are having the approved title 'Bollywood Wives' for feature film/web series/short film. We have come to know that your member Dharma Productions are using a similar title with a tagline 'The Fabulous Lives of Bollywood Wives' illegally and without any authorisation. The use of the similar title is an infringement of the rights of the original holder," Bhandarkar sent a letter to IMPPA along with the Guild and Netflix.

IMPPA took immediate action and wrote to Guild, to which they responded that they have not registered the said title in favour of Dharma Productions. As a result, IMPPA then sent a letter to Dharma Productions to submit their reply on the matter immediately and change the title with immediate effect. The letter is also marked to Netflix.

Dear @karanjohar U & @apoorvamehta18 had asked me 4 the title #BollywoodWives for web,which I refused,as my project is underway. It is Morally & ethically wrong u to tweak it to #TheFabulousLivesofBollywoodWives. Pls do not dent my project. I humbly request u to change the title.

The series that is set to stream from November 27 on Netflix — 'Fabulous Lives of Bollywood Wives' revolves around the lives of four ‘star’ wives – Seema Khan (wife of Sohail Khan), Maheep Kapoor (wife of Sanjay Kapoor), Bhavana Pandey (wife of Chunky Panday) and Neelam Kothari Soni (wife of Samir Soni).

Take a look at the email exchange 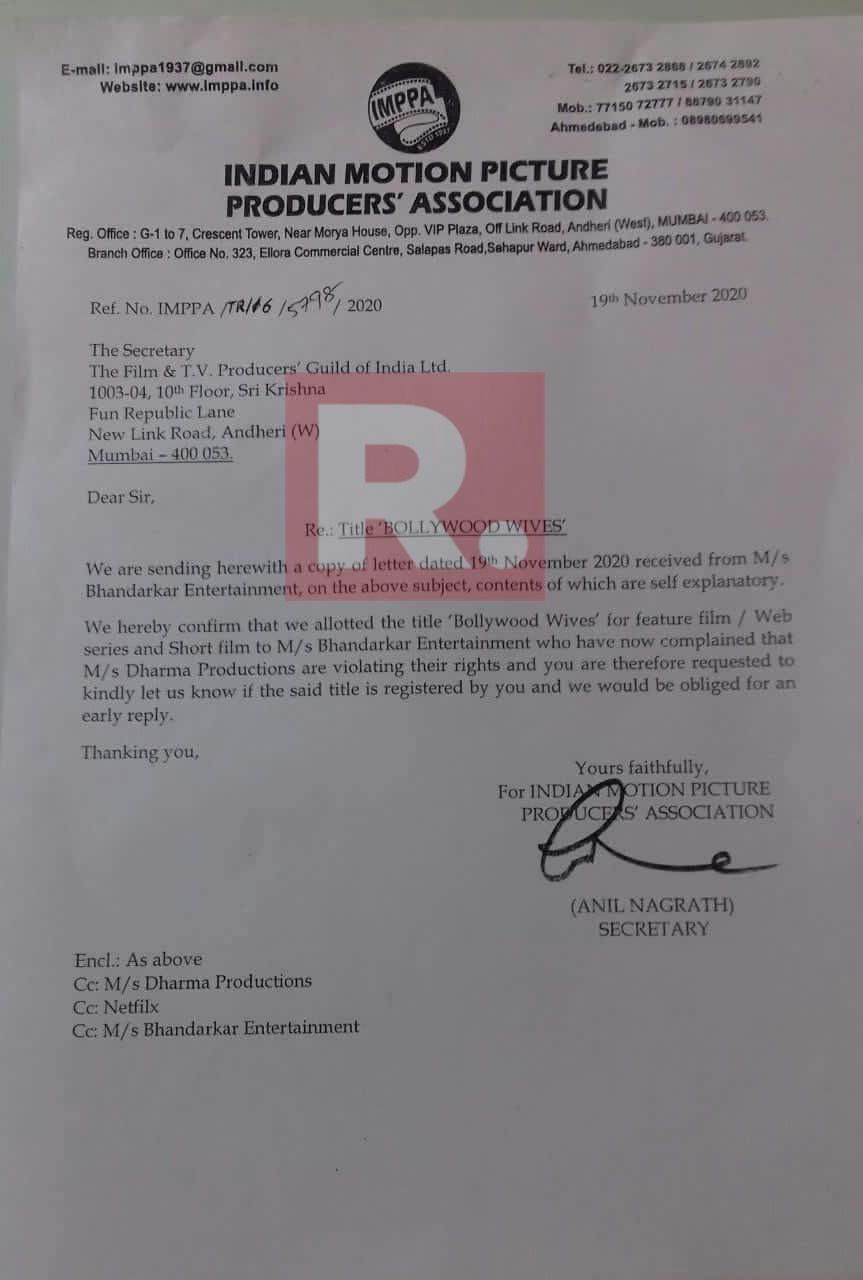 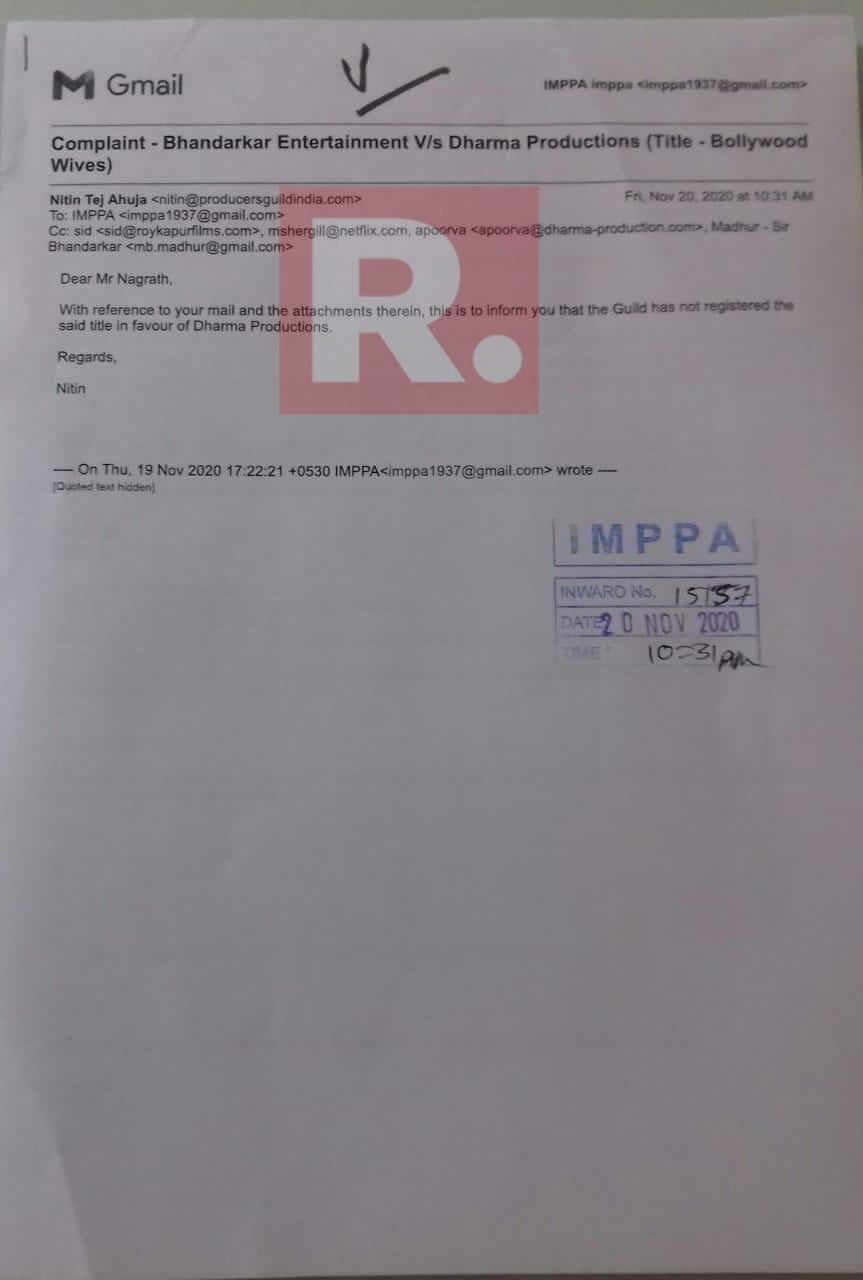 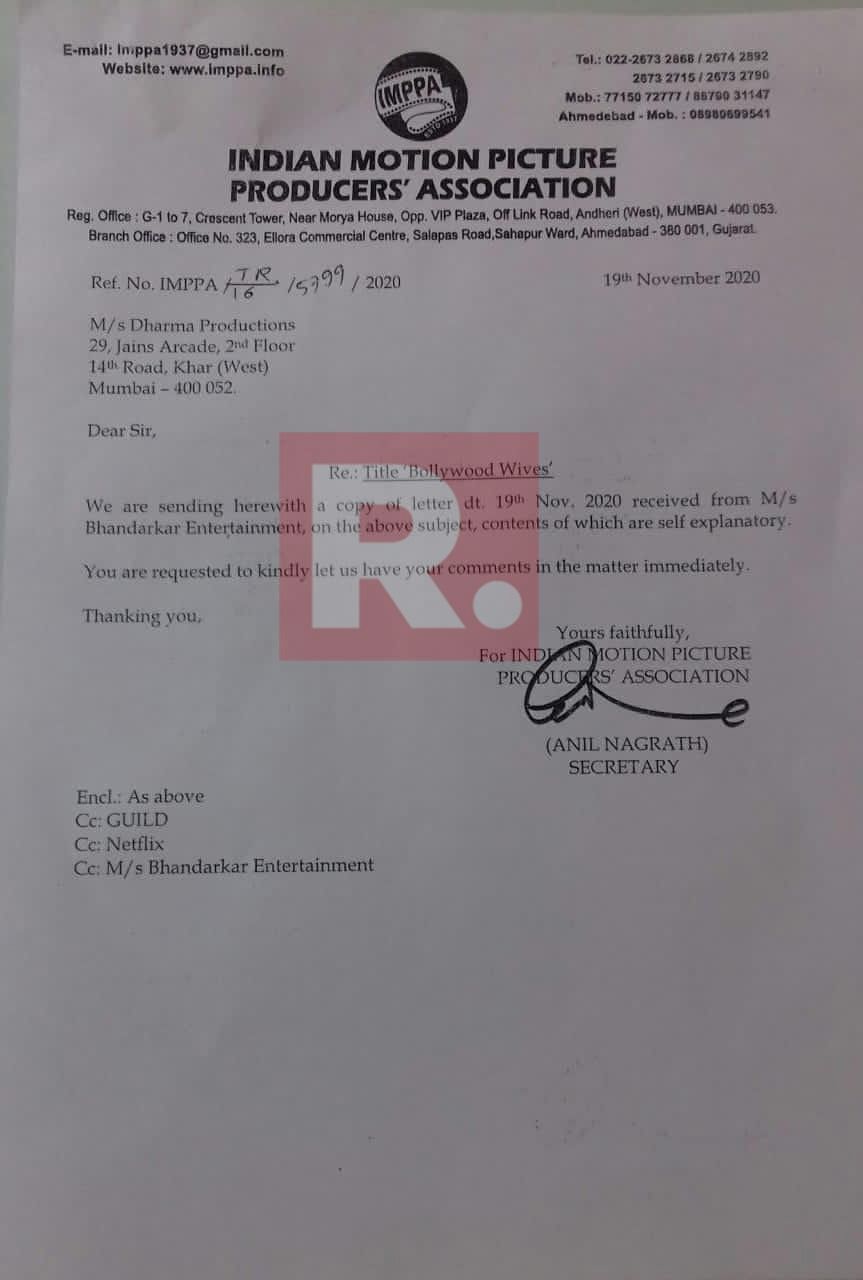