Madhuri Dixit and her husband Shriram Madhav Nene could not contain their excitement as their son Arin started College in the US. Read more. 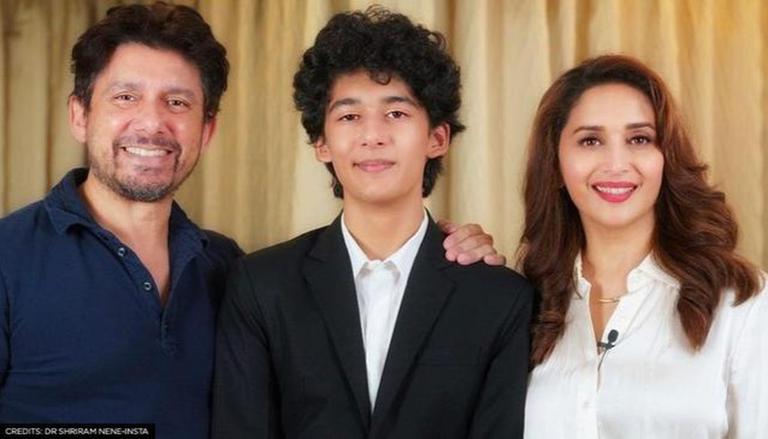 
Veteran actor Madhuri Dixit and her husband Shriram Madhav Nene posed as proud parents as they send their son Arin off to college in California. From vacation videos to having fun at a museum, the couple is known for sharing several glimpses into their personal life and memories with their kids online. Earlier, Shriram Nene penned a heartfelt note for their kid as he graduated from school.

Madhuri and Shriram Nene's son Arin Nene has joined the University of Southern California, USA. Taking to his Instagram, the proud father shared a couple of pictures of the entire Dixit family excitingly celebrating Arin's step into a new journey of life at the University of Southern California. Shriram also shared an adorable picture with his son and penned a sweet caption to mark Arin's feat. He wrote, ''Am so excited for Arin starting college. Give great thanks to all the educators before and the ones now, who have been great mentors and teachers. Proud to be the father of a Trojan! Look forward to his lifelong learning. #StraightFromTheHeart #FamilyIsEverything #DrNene.''

Earlier in May, Nene had taken to his Instagram to celebrate Arin's graduation. In the post, he also expressed the bitter-sweet feeling of seeing his son enter the next chapter in his life as he would start going to college soon. Shriram also talked about the struggles of virtual education and hoped for a better future for the students. He said, ''Hard to believe that this young man is graduating soon and going off to college. Even in the worst of it, our kids, their schools, and the parents worked hard to make it through their virtual education. This year was really disruptive and destructive on many levels. But I think they will be fine long term as will we all. What do you think?''

On the work front, Madhuri Dixit is entertaining her fans on the small screen appearing on the jury's panel of the popular dancing reality show Dance Deewane season three.