Madhuri Dixit took to her Instagram account on Wednesday to share a fun reel of herself and celebrity makeup artist, Florian Hurel hopping onto the ‘Model face’ 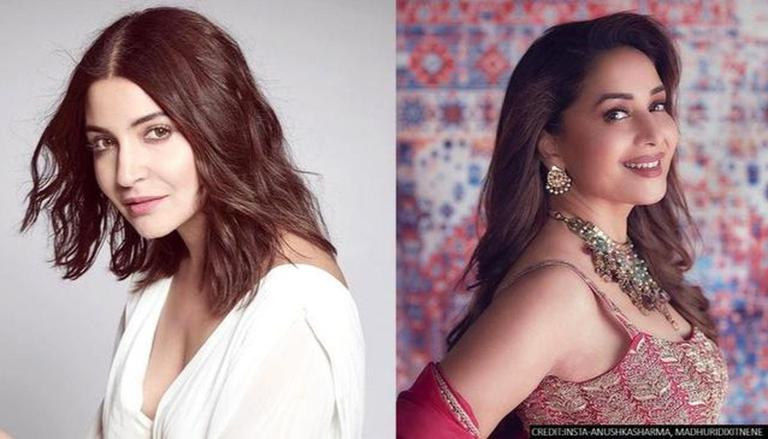 
Madhuri Dixit took to her Instagram account on Wednesday to share a fun reel with her fans and followers. She hopped onto the ‘model face’ trend with Florian Hurel, a celebrity makeup artist. The actor's fans seemed to enjoy her latest reel. Anushka Sharma also loved her latest reel and reshared it on her story, and called her a ‘queen’.

Madhuri Dixit’s Instagram account is full of fun reels, but her all-new reel has got her practising her ‘model face’. The fun yet goofy reel caught Anushka Sharma’s attention, and she called the actor a ‘queen’ as she reshared the post on her Instagram account. Dixit’s also seemed to love the reel and hailed her efforts in the comments section.

Here’s what Anushka Sharma posted in her story 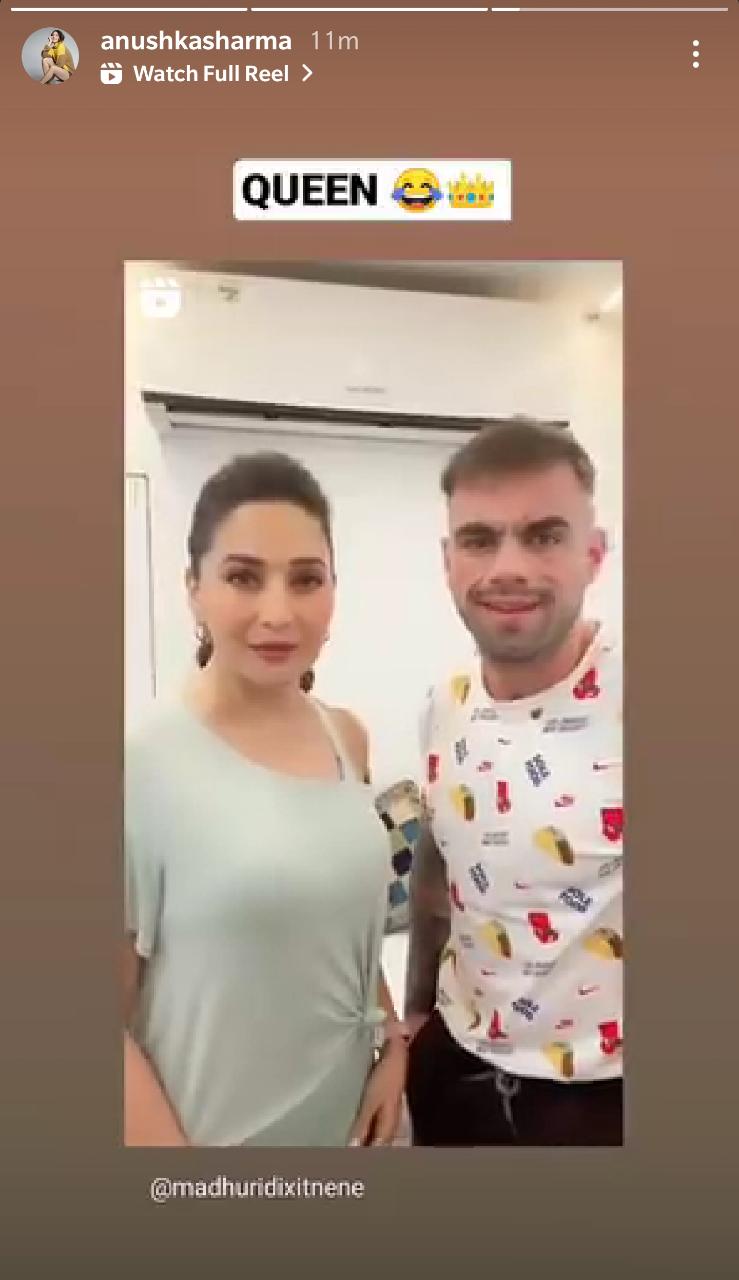 Madhuri Dixit is currently busy with Dance Deewane 3, a reality dance show on which she is one of the judges. Bollywood favourites Yami Gautam and Jacqueline Fernandez recently appeared on the show as guests to promote their most recent film, Bhoot Police. The film also starred Saif Ali Khan and Arjun Kapoor in lead roles and was released on Disney+Hotstar.

Madhuri Dixit uploaded yet another reel, which featured Yami Gautam and Jacqueline Fernandez. The three of them did a graceful and well-coordinated dance on a Marathi number, Reshmachya Reghani. The trio can be seen dressed in traditional attire during the Ganesh puja on the sets of the dance reality show.

Anushka Sharma on the other hand is currently in Dubai with her beau, Virat Kohli, who will be playing in the second leg of the upcoming IPL. The actor has been extremely active on Instagram during her trips with her husband and often posts stories of her adventures on Instagram. One of her stories that stole the show was of a chocolate replica of Virat Kohli hitting a ball, which the hotel had arranged for in her room. Earlier this year the IPL series came to a halt owing to a Covid-19 outbreak in its bubble. The second leg of the tournament will commence on September 19.