Actress Madhuri Dixit took to Instagram and shared a small video while giving a glimpse of husband, doctor Sriram Nene and herself speaking about son Arin. 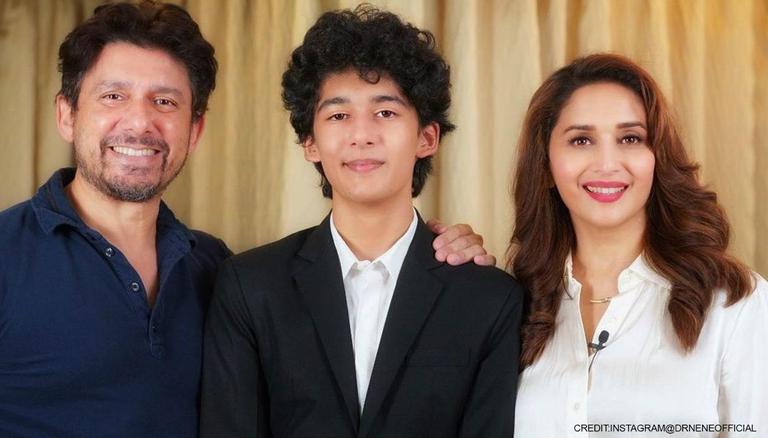 
Actress Madhuri Dixit took to Instagram and shared a small video while giving a glimpse of husband, doctor Sriram Nene and herself while sharing their thoughts as elder son Arin will be leaving for the US for his higher studies. For the unversed, Arin recently passed out of school. The actress explained in the video how she had been preparing herself for the transition and helping him to be independent as he moves to another country to pursue education.

The video begins with Madhuri saying, “I can't believe that it is that time of the year when my oldest son has finished his school and now he will start his college. And my baby is flying the nest as they say it. I just can't believe that how the years have gone, he is already 18. He will be on his own in a university and I am so concerned as every mother will be as to how he is going to lead an independent life. Because in India when we are growing up, we are so protected - we live with our parents, everything is done for the kid. Be it cooking or washing, everything is taken care of. Now, he will be on his own and it gives me a lot of concern."

The Dhak Dhak actress then interacts with her husband where the two talk about the upbringing of their two sons and how it has been completely different in India. Dr. Nene confesses that growing up in the US, with both his parents working, he and his siblings learned how to deal with the basics. Madhuri then spoke about her apprehensions and said how she was worried how Arin would deal with all the basic skills in life, issues he hasn't had to deal with here in India. Dr. Nene then threw light on the matter and added how inside the campus matters are safe as there are campus police.

READ | Madhuri Dixit drops video with her mother on her b'day, calls her 'source of inspiration'

"I think what is important is to choose your friends right. You said it well that you have trained these kids for 18 years to really have the core values. The tricky part is when you are in a big city, and they walk off campus, and what sought to threats and stuff... so we will have to talk to them about that. But, I think, in the end, you sort of have to let go in order for them to come closer to you." Earlier in May, Madhuri had posted a family picture and spoken about how Arin had passed his high school with 'flying colours'. She had written: "A proud moment for Ram and me, as Arin graduates from high school with flying colors Congratulations Arin and to the graduating class of 2021."

WE RECOMMEND
Madhuri Dixit turns director for husband's new video who calls her a 'perfectionist'
Madhuri Dixit drops video with her mother on her b'day, calls her 'source of inspiration'
Madhuri Dixit reveals that she can’t stop humming this trending song; asks for help
Madhuri Dixit pays tribute to Dilip Kumar: 'I'll cherish those memories forever'
Madhuri Dixit flaunts her weekend vibes in front of the mirror; fans pour in 'hearts'