Miss World Manushi Chillar who has been working relentlessly to spread awareness about menstrual hygiene in India, has been roped in by UNICEF. 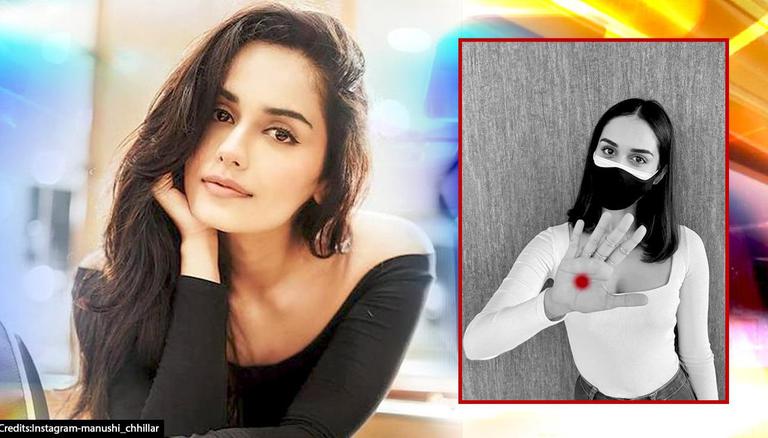 
Miss World Manushi Chillar who has been working relentlessly to spread awareness about menstrual hygiene in India, has been roped in by UNICEF to raise awareness on the issue in India. The actress took to Instagram and shared a picture while posing with a red dot in her palms while announcing her association with UNICEF. The actress wrote that she will be safe and will ensure the ‘safety of others and they manage their period hygienically.’

Speaking about the initiative, Manushi shared a statement and said, “Poor menstrual hygiene affects the health and wellbeing of women and especially girls, but we don’t very often discuss this. The existing culture of silence, misinformation, and harmful myths around menstruation denies many girls the future and opportunities that they deserve.”

UNICEF is advocating menstrual hygiene education for girls before their first period, sensitizing men and boys to be understanding and supportive. It also takes up the hesitation in people and the busting of the general taboos associated with menstruation. Manushi will be working on the above-mentioned points through her social media platforms. The actress who is set to make her Bollywood debut with Prithviraj opposite Akshay Kumar feels that the current pandemic situation has further exacerbated menstruation-related challenges for women and girls.

Further, she added that “COVID-19, lockdowns, and safety precautions have disrupted access to sanitary products, adding to the challenges they face. We need to speak up to dispel menstruation-related taboos and stigma, sensitize men and boys to be supportive of girls; and support availability of essential sanitary products for girls and women in times of crisis.” Meanwhile, on the work front, the actress who will make her Bollywood debut with Prithviraj is reportedly set to play the role of Sanyogita. The film will release on November 5, 2021. It also cast Manav Vij, Sanjay Dutt, and Nikkita Chadha in supporting roles. The film is based on the life of Prithviraj Chauhan and his lady love and wife Sanyogita. The film is being directed by Chandraprakash Dwivedi apart from her Bollywood debut, the actress will also be seen actor Vicky Kaushal. The name of the film has not yet been revealed by the makers.