Milind Soman recently came out in support of Ranveer Singh after the actor received criticism over a bold photoshoot. Read on. 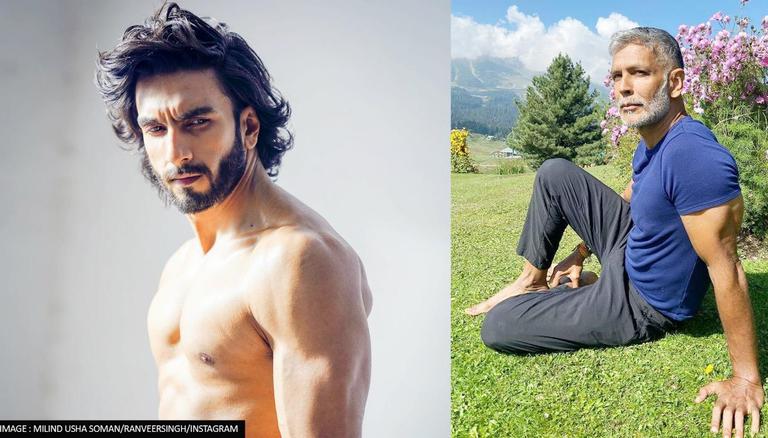 
Actor Ranveer Singh who received backlash for his nude photoshoot was backed by his fellow actors from the fraternity. The actor who posed nude for a magazine cover, landed into legal trouble after an FIR was filed against him for hurting the sentiments of women and insulting their modesty through his photographs.

After Arjun Kapoor and John Abraham came out in support of the star, the latest to join the bandwagon was fitness freak and enthusiast Milind Soman. The actor expressed his opinion and cheered for Singh in a cryptic post. For the unknown, Milind has also been a victim of brutal online trolling after his picture running on the beach went viral on social media.

With the change in times and mentality of the people, Milind took to Twitter and took a jibe at the opinion of others that changes every minute. In a cryptic post, he mentioned how things have changed since the time of artist Raja Ravi Varma.  “There are as many opinions as people in the world. Who would you listen to ?” In another post, he wrote, “Things have changed a little since the time of Raja Ravi Varma”.

There are as many opinions as people in the world. Who would you listen to ?

Things have changed a little since the time of Raja Ravi Varma.

The 37-year-old Band Baja Baraat star has been booked under IPC Sections 292, 293, 509, and 67 (A) of the IT Act. The FIR against the star was filed after a Mumbai-based Non-Governmental Organisation (NGO) had approached the Chembur police with a complaint against him. Based on it, the police registered the FIR against Singh under various Indian Penal Code Sections like 292 (sale of obscene books, etc), 293 (sale of obscene objects to young people), 509 (word, gesture, or act intended to insult the modesty of a woman) and provisions of the Information Technology Act.

The viral pictures from the photoshoot which were clicked for Paper magazine showed him nude lying on a rug recreating Burt Reynold's famous photograph. While other pictures showed him posing while flaunting his chiseled body.

Meanwhile, in 2020, Milind also received criticism on social media after he shared a picture where he was seen running naked on the beach. A case was registered against the star under IPC Section 294 (Obscene acts and songs) and 67 (Punishment for publishing/transmitting obscene material in electronic form) of the IT Act (Information Technology Act).