Mira Rajput conducted a hilarious AMA session and asked her fans to caption her photo. Read her answers below 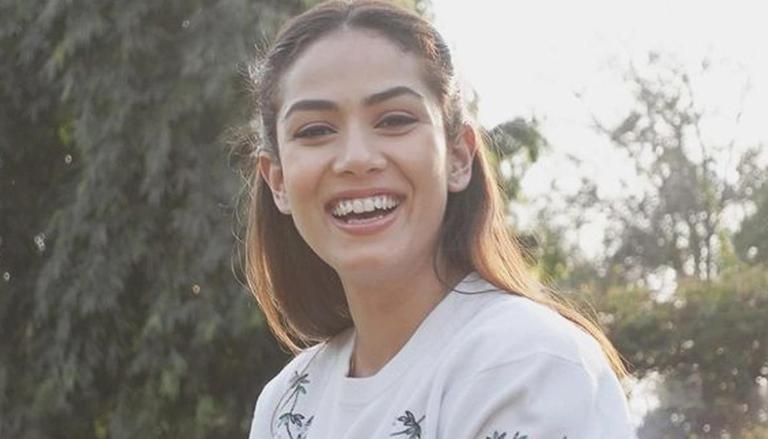 
Shahid Kapoor's wife, Mira Rajput Kapoor, enjoys a massive Instagram following with over 2.8 million followers. She often shares glimpses of her daily life via the photo-sharing platform. The mother-of-two recently conducted a hilarious 'Ask Me Anything' session and asked her fans to caption one of her photos. In one of the answers, she said her son, Zain, already has a bad (notorious) reputation. The AMA session also hinted at one of Mira's favourite shows. She declared a winner and revealed she is a fan of one of her mother-in-law's famous dialogues.

Mira Rajput recently took to her Instagram stories to share a tired photo of her. The 26-year-old was seen lying her head on the table while she clicked a selfie. In the story, she asked her fans to "caption this moment". She also wrote, "One line to describe what got me here. Funniest line wins a hajmola" in the AMA box. Mira received several hilarious captions for her photo, but the ones referring to her children were much more fun for her. 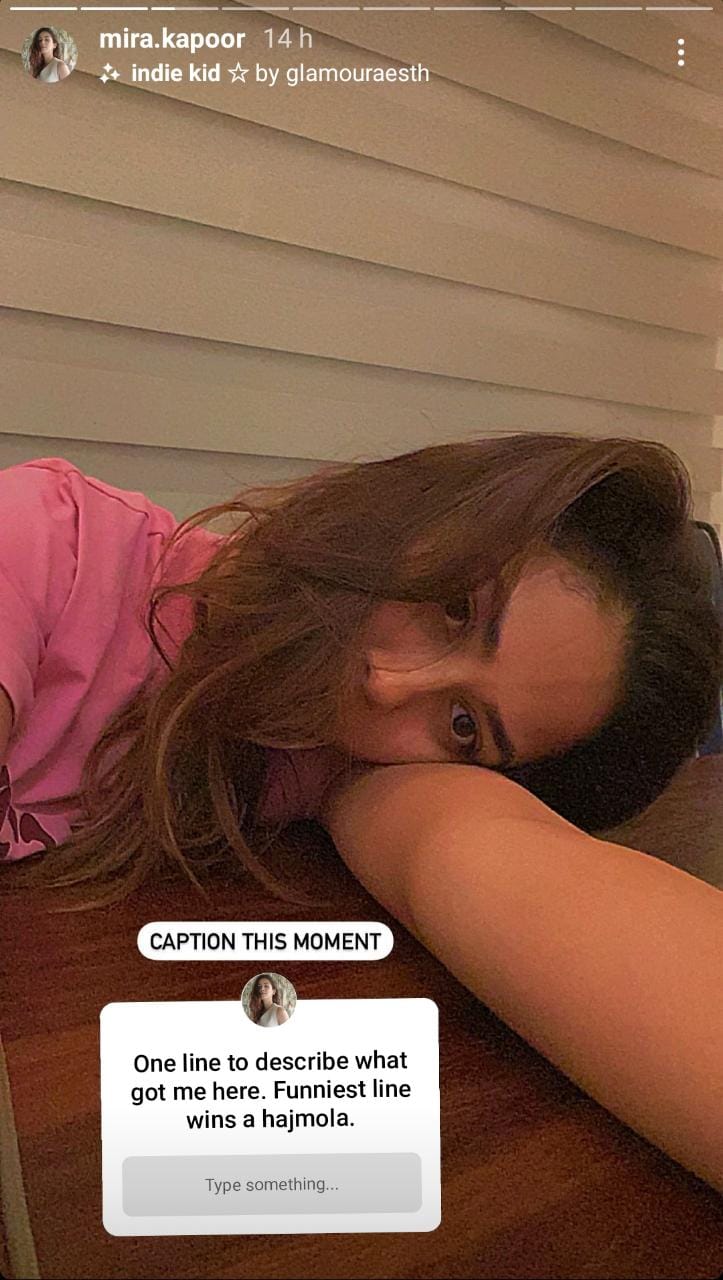 One of her fans wrote "blowing birthday balloons!" referring to Misha's coming 5th birthday. Mira replied to the comment and wrote, "that task my friend is scheduled for tomorrow night.  I have learnt from my mistakes and bought a balloon blowing machine instead.". Misha's fifth birthday is on August 26, 2021. Another user captioned Mira's photo as "Zain broke your laptop", to which Mira replied with "pls don't joke". When a user wrote, "Zain got your water from the toilet to drink", Mira wrote, "This kid seems to have a bad rep already.". 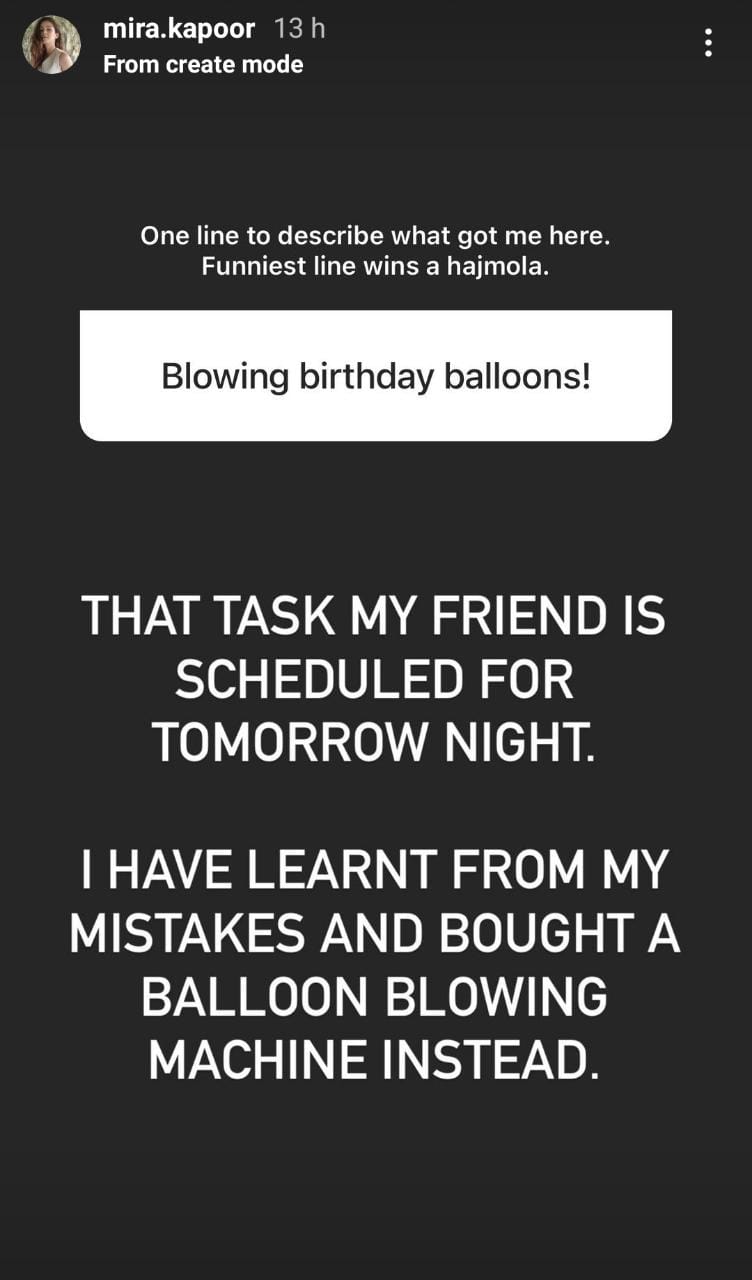 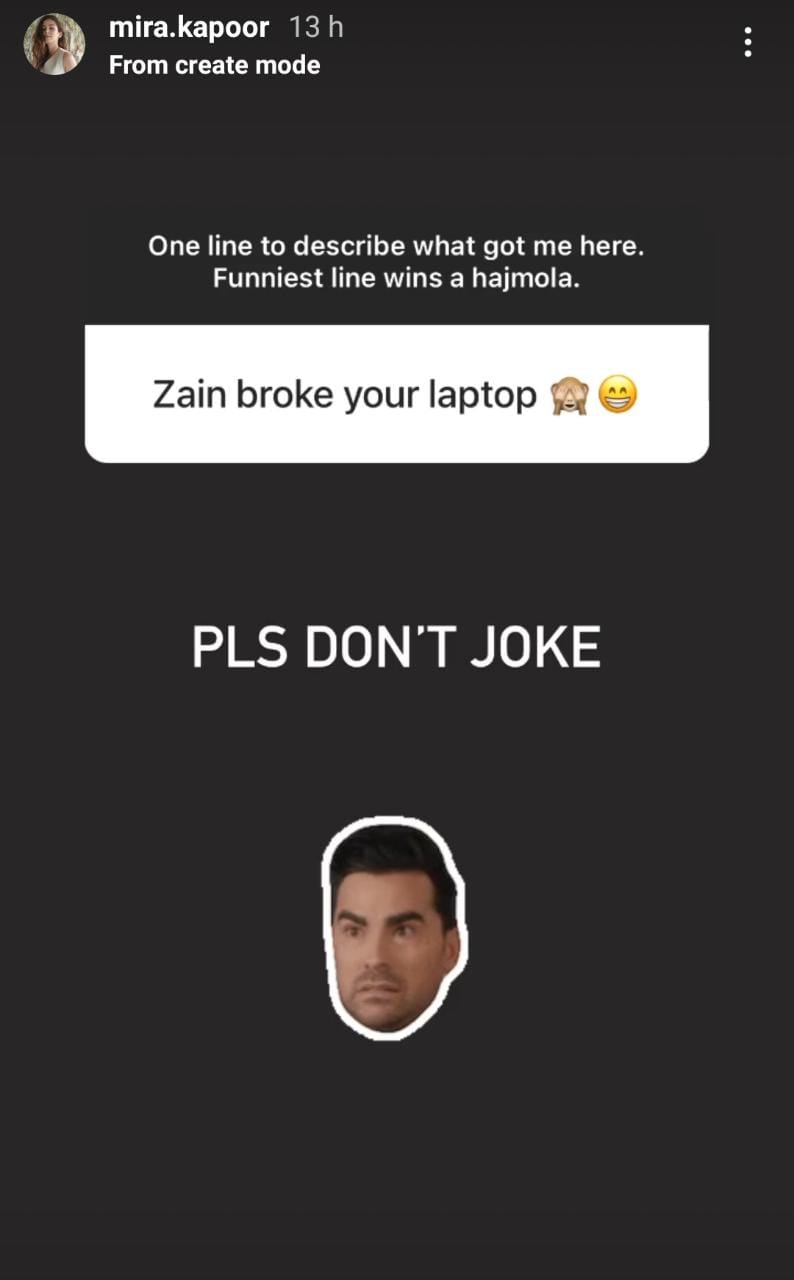 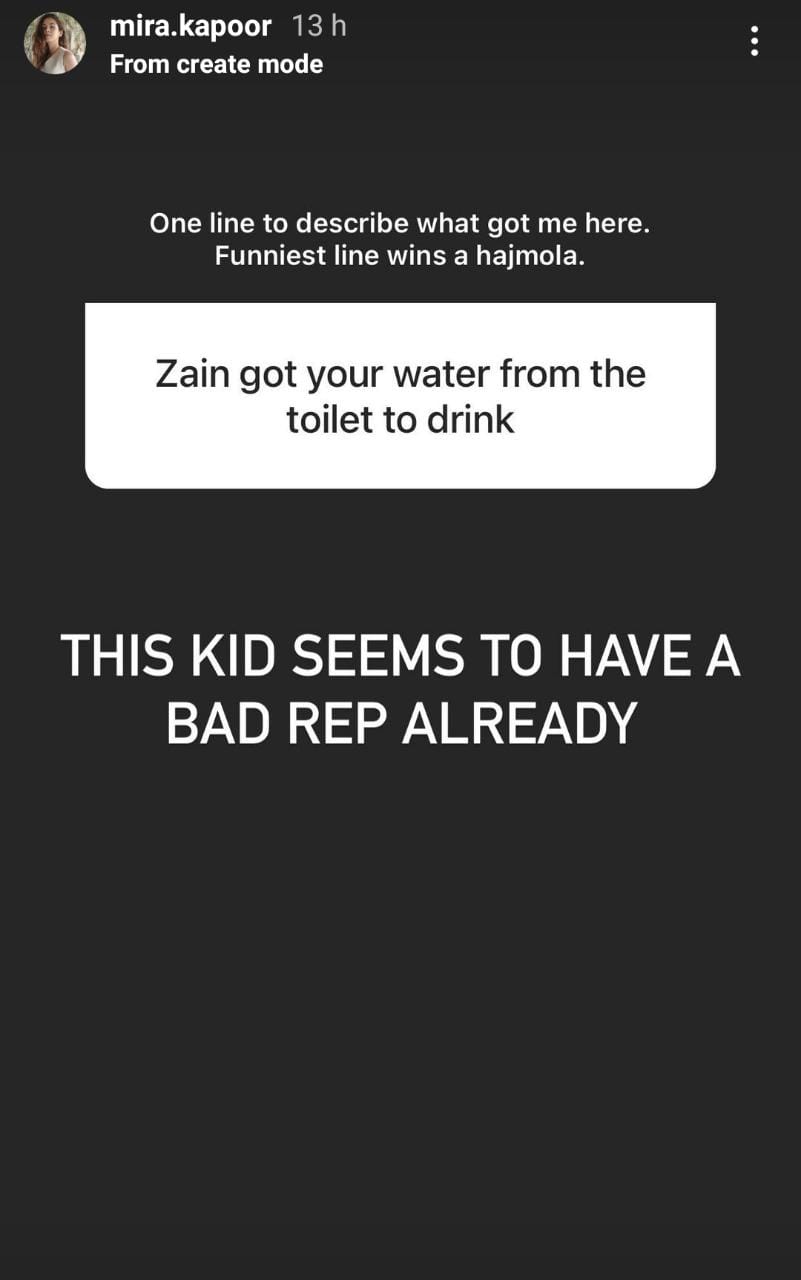 Mira Rajput added several GIFs of David Rose and Moira Rose from the Emmy Award-winning sitcom Schitt's Creek. She also hinted she is a fan of the show with one of her answers. When a user wrote, "One hour into trying to learn moira rose's vocabulary", Mira replied with "Fiscally speaking". She also added a GIF of Moira played by Catherine O'Hara. 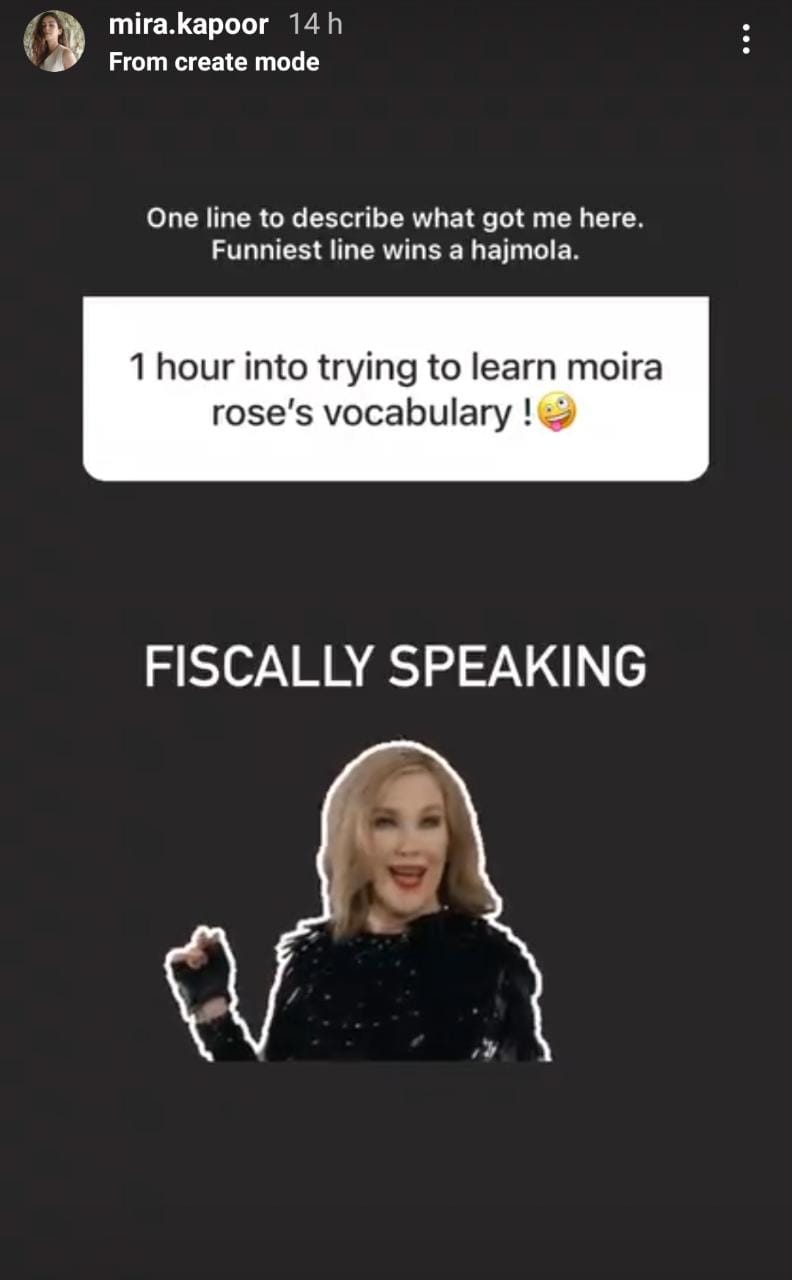 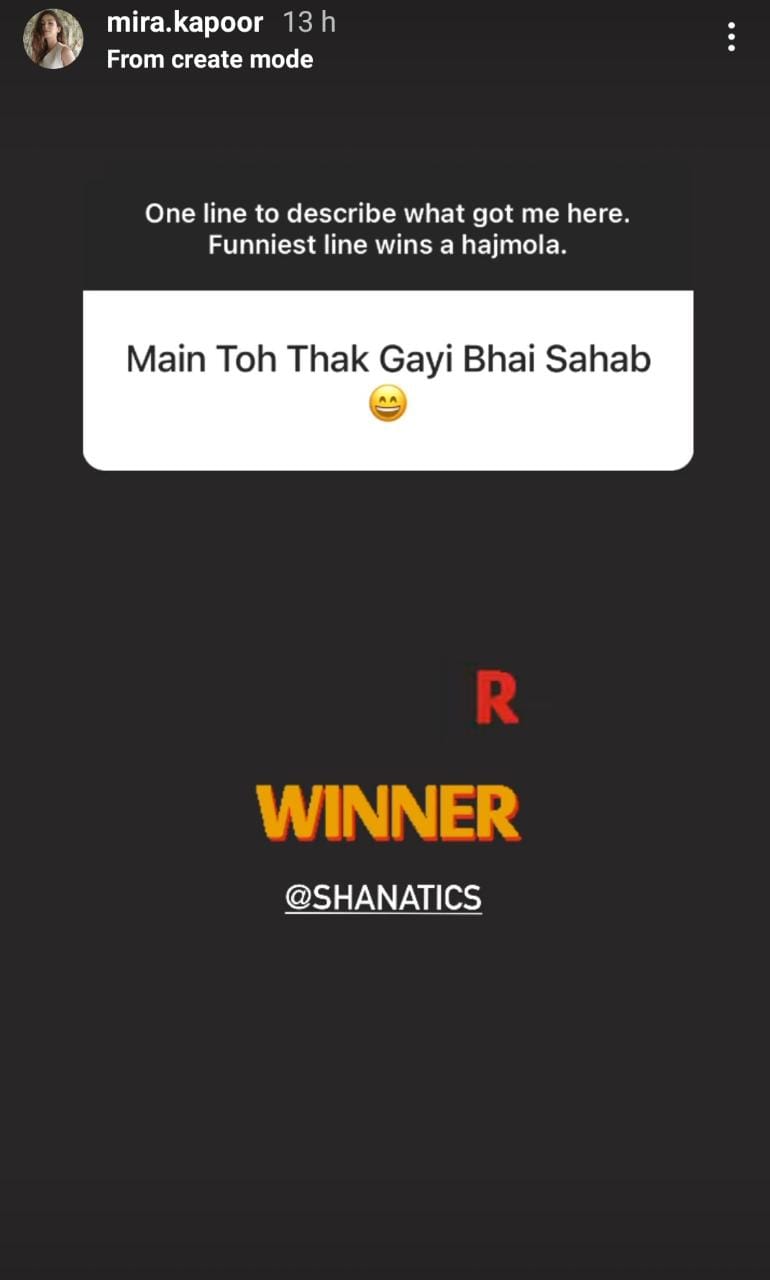