Nani shared his thoughts on the Hindi remake of his Telugu hit 'Jersey', starring Shahid Kapoor. The film is scheduled for release in theatres on December 31. 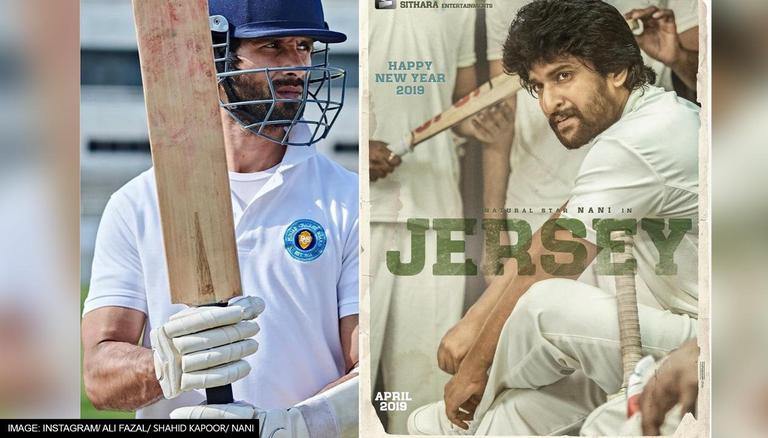 
Shahid Kapoor starrer Jersey is all set to release in theatres later this month and is a remake of a Telugu hit of the same name that originally featured Nani in the lead role. Both the Hindi and Telugu versions of the sports drama is directed by Gowtam Tinnanuri. In a recent interview, Nani shared his thoughts on the Shahid Kapoor and Mrunal Thakur starrer Jersey's trailer and said that he was constantly in touch with director Gowtam.

In an interview with Pinkvilla, the South star shared his thoughts on the Hindi remake of his film, Jersey, that stars Shahid Kapoor in the lead role. Nani said that he loved that trailer and believes that the soul is intact. The actor explained that usually when a film is remade sometimes the magic or the soul will be missing even though the budget is big and the movie has good production value. But Nani said that he absolutely loved the trailer for the upcoming Jersey remake, and added that he believes the movie will be a huge hit.

The Shyam Singha Roy actor further revealed that he hasn't spoken to Shahid yet but was constantly in touch with director Gowtam Tinnanuri. Nani said that Gowtam often called him to give an update about how things are going with the Hindi release. The director also came on the sets of Nani's movie and showed him pictures from the Jersey movie location and other things.

READ | 'Jersey': Shahid Kapoor opens up on prepping for his role; 'this one has my BLOOD'

The Hindi version of Jersey stars Shahid Kapoor and Mrunal Thakur in the lead roles along with  Pankaj Kapur. The film will be released theatrically on 31 December 2021. The movie tells the story of a thirty-six-year-old cricketer who stopped his cricketing career ten years ago and is now aiming to play for the Indian team.

READ | Shahid Kapoor looks royal in blue as he heads out for 'Jersey' promotions; See pic