The makers have announced that the release of 'Cobalt Blue', which is based on a book of the same name, has been postponed. Read on to know more. 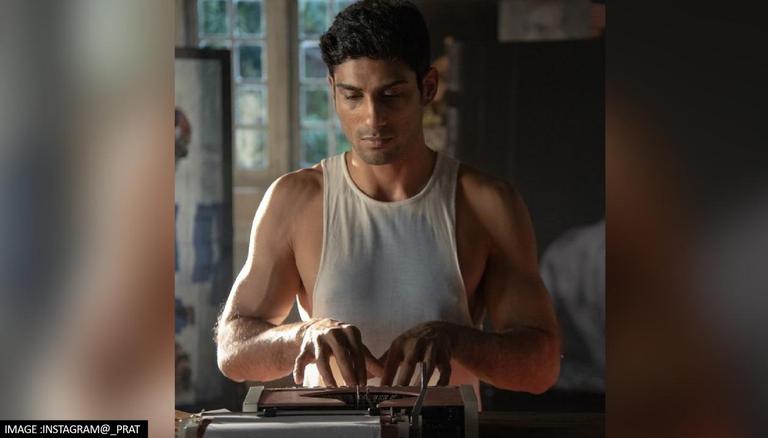 
Prateik Babbar is currently ramping up for the release of his forthcoming digital content, Cobalt Blue. Initially, the filmmakers announced that the film will be released on the online streaming giant, Netflix on December 3, a day after the Spanish action thriller, Money Heist Season 5 Volume 2 release. However, now the makers have announced that the release of Cobalt Blue, which is based on a book of the same name, has been postponed.

Hindi film #CobaltBlue, which was supposed to premiere today on @NetflixIndia, has been postponed.

The writer of the film, Sachin Kundalkar, has also helmed the film adaptation of the book. The film stars Prateik Babbar, Anjali Sivaraman, and Neelay Mehendale in the lead roles. The other members of the cast are veteran actor Shishir Sharma,  Anant Joshi, and Geetanjali Kulkarni. Neil Bhopalam too is said to be a part of the cast. The story is set in Kerala. The film has been produced by Priya Sreedharan, Wasim Khan, and Zulfaquar Torabi.

The official synopsis shared by the makers read;:

'Love. Betrayal. Closure.
When an aspiring author and his free-spirited sister both fall for the enigmatic paying guest at their home, ensuing events rock their traditional family.

The trailer of the film begins with Neelay Mehendale's character saying that his father had shifted to Kerala six months before them. The next visual is of his sister, Anuja, who is intense on the hockey field and complains when someone cuts her in the game and complains to the coach in Malayalam. However, at home, she is taunted she needs to learn cooking from her mother instead of making her career in hockey.

There comes a twist in the tale when it emerges that Anuja runs away with Prateik. The family is furious and burns all his belongings. She returns and the family locks her up in the house and plans to forcibly get her married. The plot of the film then shows the aftermath as there are some unanswered questions.

READ | 'Cobalt Blue' to hit Netflix: From trailer, cast to IMDb rating, all you need to know

WE RECOMMEND
What to watch on Netflix this December? See list of films & shows to catch over the month
'Money Heist' Season 6: Will there be Season 6 of Money Heist? Everything we know so far
'Cobalt Blue' to hit Netflix: From trailer, cast to IMDb rating, all you need to know
'Sooryavanshi' streaming on Netflix; makers struck whopping deal with giant OTT platform
Halle Berry inks new partnership with Netflix one week after global release of 'Bruised'
Listen to the latest songs, only on JioSaavn.com