Akshay Kumar is gearing up for the release of his film 'Prithviraj', in which he will be seen taking on the role alongside debutant Manushi Chhillar. 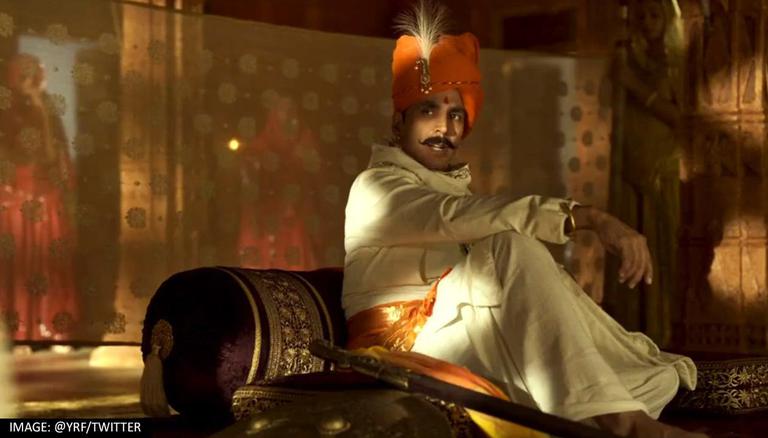 
Akshay Kumar is currently gearing up for the release of his much-awaited film Prithviraj, in which he will be seen taking on the lead role alongside debutante Manushi Chhillar. The actor will be seen stepping into the shoes of the mighty King Prithviraj Chauhan, while Chhillar will play Princess Sanyogita. The makers of the film shared an all-new Prithviraj trailer ahead of the film's release on June 3 and piqued fans' interest in the movie.

The all-new Prithviraj trailer focuses on Akshay Kumar as King Prithviraj Chauhan and his bond with Sanjay Dutt and Sonu Sood's characters. The short clip gives the audience glimpses of several war scenes and promises to have them at the edge of their seats. The trailer also gives the audience a peek into the values that Prithviraj Chauhan holds close to his heart. His sense of justice and courage become clear in the trailer released by the makers. It also included some romantic scenes between the leading duo. In the comments section, fans wrote that they can't wait to see what the upcoming Akshay Kumar and Manushi Chhillar-starrer has in store for them.

Aa raha hai #HindustanKaSher - Samrat Prithviraj Chauhan! Watch him in action NOW. Releasing in Hindi, Tamil and Telugu. Celebrate Samrat #Prithviraj Chauhan with #YRF50 only at a theatre near you on 3rd June. pic.twitter.com/r5VNTdzd8y

The makers of the film recently released the first song of the movie titled Hari Har, which received immense praise online. The visuals of the track featured the lead stars including Akshay Kumar, Manushi Chhillar, Manav Vij, Ashutosh Rana, Sanjay Dutt and others. The film has been helmed by Chandraprakash Dwivedi and has been backed by Yash Raj Films. The movie is all set to get its theatrical release on June 3, 2022.