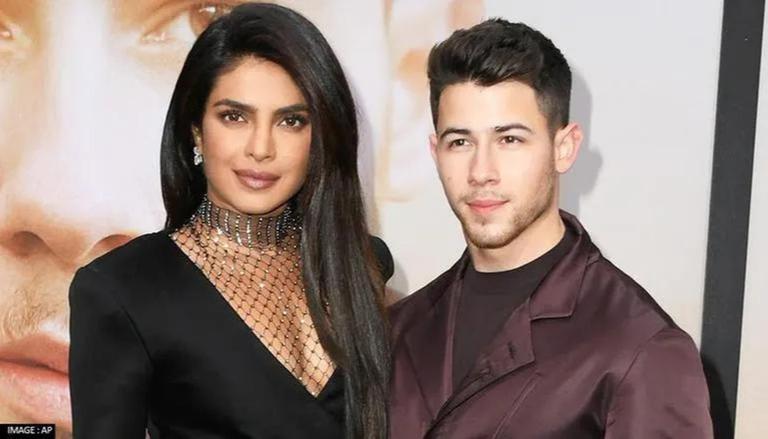 
Priyanka Chopra is currently spending time with her husband Nick Jonas and their daughter Malti Marie Chopra Jonas at their Los Angeles home. The couple tied the knot back in 2018 and moved into their lavish mansion. Recently, the Matrix: Resurrections star hosted blogger Sarah Shareef at her residence. Shareef shared some pictures from her meeting with Priyanka Chopra which also featured the latter's living room.

Taking to her Instagram handle, Shareef dropped some pictures from her meeting with the Quantico actor. In the first picture, Priyanka Chopra could be seen dressed casually in a white top, grey flared jeans, an orange shirt and matching sliders. She kept her look simple and accessorised with a gold chain and a pair of goggles.

The picture also saw Chopra's lavish living room with a high ceiling and several art pieces. A huge painting could be seen hanging high on one of the walls adjacent to a glass window. Below the painting was a circular mirror which was placed right before a wooden cabinet with some stunning art pieces on it. A butterfly wall hanging could also be seen over a glass table which had a black bench beside it. A huge flower vase was placed on the glass table with some small pots. It also had a black frame that had a monochrome picture of Nick and Priyanka from their Haldi ceremony.

The front door opened to a huge living room with a pink rug. A cane basket was placed on a small stool near the door. Priyanka and Nick's pet pooch Diana was also spotted in the background.

Sharing the photos, Sarah Shareef wrote, "True hospitality consists of giving the best of yourself to your guests." She further thanked the actor and wrote, "Thankyou @priyankachopra for hosting a wonderful brunch at your home & the trip is all the more memorable because of it. (sic)"

On her work front, Priyanka Chopra has several projects in her kitty. The actor will soon star in the spy thriller series Citadel opposite Richard Madden. She also has It's All Coming Back To Me, Ending Things and a romantic comedy with Mindy Kaling in the pipeline. The actor is also all set to share the screen space with Alia Bhatt and Katrina Kaif in Jee Le Zaraa.