Priyanka Chopra did not hold back at her husband singer Nick Jonas as she took a major dig at their marriage at Jonas Brothers Family Roast. 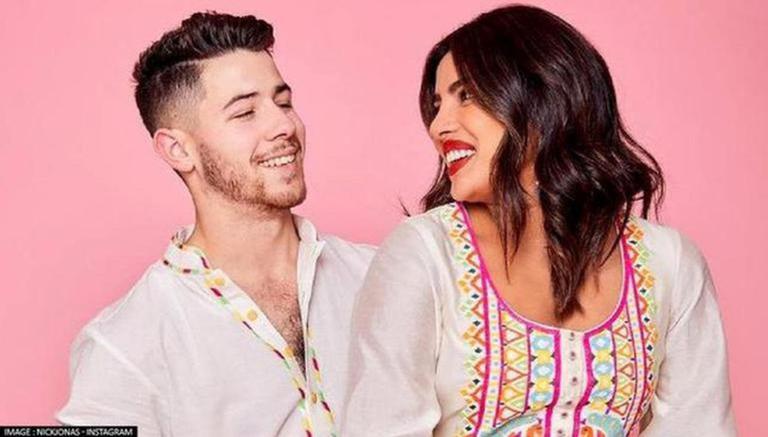 
Actor Priyanka Chopra has finally responded to the questions about having a baby with her husband Nick Jonas ever since their wedding in 2018. The latter's comedy special Jonas Brothers Family Roast on Netflix premiered on November 23 unveiling the harsh yet creative roasts thrown at the Jonas Brothers by their family and friends. Priyanka was no exception as she went full throttle at her husband during the roast.

Priyanka Chopra takes a dig at her marriage with Nick Jonas

Actor Priyanka Chopra left no stone unturned as she took the opportunity to roast the Jonas Brothers at the Jonas Brothers Family Roast. Not only did she take a dig at her marriage with Nick and his popularity but also acknowledged that they are the only Jonas couple without a baby. The roast came as a final bomb dropped at the 29-year-old singer.

Leaving her husband stunned, the 39-year-old actor hinted at a major announcement by starting her sentence with ''We are expecting…''. She completed her roast by saying, ''To get drunk tonight and sleep in tomorrow''. This earned thundering applause from the audience as the Jonas family burst out laughing. Impressed by her monologue, Sophie and Danielle gave her a standing ovation along with the audience.

Priyanka Chopra's roast comes a day after the actor found herself surrounded with split rumours with husband Nick Jonas as she dropped his surname from her Instagram handle. During her roast, the actor also took a dig at people calling her marriage with the singer a 'publicity stunt' by saying that she 'did not even know who Nick Jonas was' and only knew that he was 'Kevin’s younger brother'.

Priyanka Chopra put a rest to the rumour mills after she dropped a romantic comment under Nick's latest post by writing, ''Damn! I just died in your arms…”. On the work front, the actor is currently gearing up for the release of the fourth instalment of the Matrix series titled The Matrix Resurrections featuring Keanu Reeves as Neo. She recently shared the official poster of her character from the film by writing, ''And she’s here. Re-enter #TheMatrix 12.22.21''