Deepika Padukone is all set to share screen space alongside Prabhas & Amitabh Bachchan in Nag Ashwin's Project K. They recently wrapped up their 1st schedule. 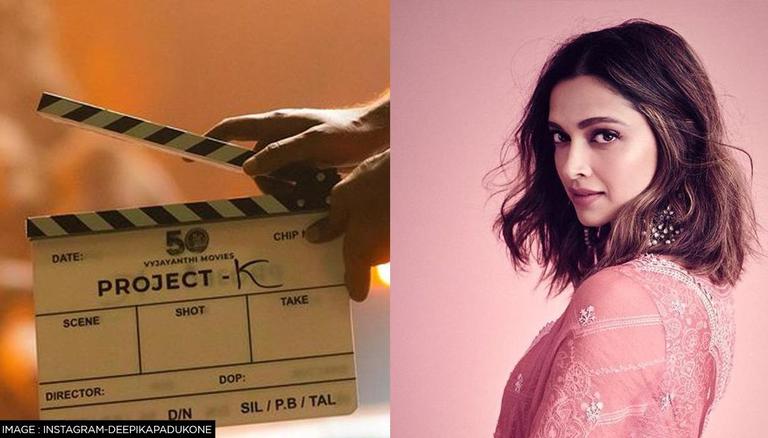 
Actor Deepika Padukone is all set to share screen space alongside the Baahubali actor Prabhas and megastar Amitabh Bachchan in Nag Ashwin's  next venture titled Project K . The shoot of the PAN India film has began with it's first schedule shot in Hyderabad. Deepika Padukone had gone to Hyderabad a couple of days ago and shot for her first schedule. And recently, the Piku Actress took to her instagram handle and shared a story with her fans as she wraps up from her Hyderabad schedule.

Sharing the story Deepika wrote, "U were lovely #Hyderabad  #it'sawrap #schedule1 #projectk, Until we meet again". She also tagged Prabhas and Nag Ashwin in her story . Earlier this year, Deepika marked the film's start off  by uploading a photo with Project K written on it. She also expressed her excitement about being part of a pan-India film.

Take a look at Deepika's story: 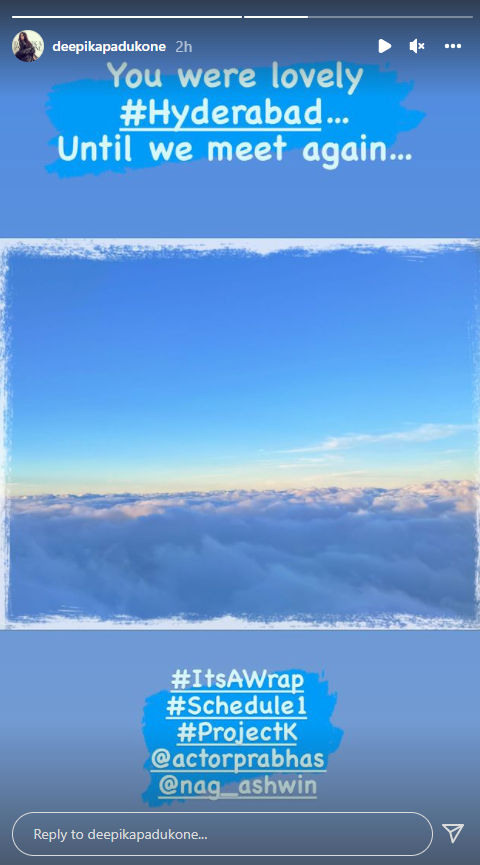 Nag Ashwin’s Project K is an sci-fi action thriller that has actors like Amitabh Bachchan, Deepika Padukone and Prabhas in lead roles. As per the reports of Pinkvilla, as Nag Ashwin announced this mega project, in a statement he said that , "I’m very excited to see Deepika play this character. It is something no mainstream lead has done before and will be quite a surprise for everyone. The pairing of Deepika and Prabhas will be one of the main highlights of the film and the story between them, I believe will be something audiences will carry in their hearts for years to come."

He further mentioned that the story of the film will remain in the hearts of the audience for years. As of now Prabhas has a lot films in his platter and they are at different stages of production. But Nag Ashwin's Project K is one of the most anticipated films in the pipeline and reportedly it is one of the most expensive projects in Indian Cinema.The film is expected to hit the screens on 2023. Deepika Padukone, on the other hand, will appear in Raveer Singh starrer Kapil Dev 's biopic 83 and she too has a lot of films in line. Fans are really excited to see the duo's on-screen chemistry as this is their first film together.