Bollywood fraternity has heaped praises for PV Sindhu as she enters the Semifinale round at Tokyo Olympics 2020 after defeating Japan's Akane Yamaguchi. 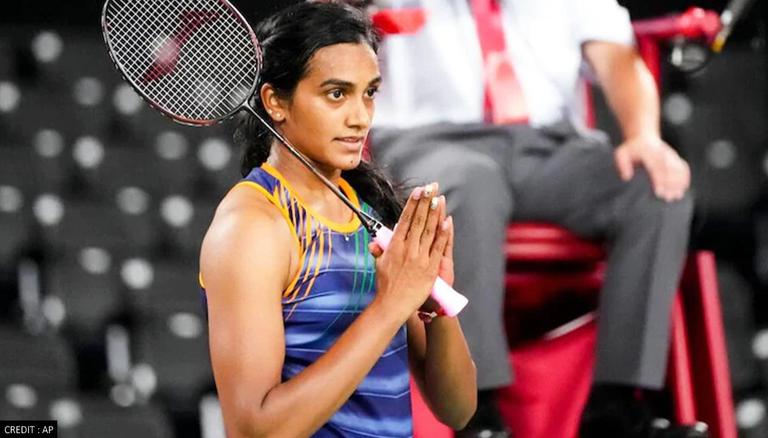 
Team India has been showcasing exceptional skills at Tokyo Olympics 2020, with Mirabai Chanu opening with a silver medal. Badminton player PV Sindhu has been going strong in the event so war and is only one win away from securing a medal for India. Sindhu defeated Japan's Akane Yamaguchi and entered the semifinals. PV Sindhu's victory was hailed by various Bollywood celebrities.

PV Sindhu won the quarterfinals match on Friday against Japan's Akane Yamaguchi and secured a spot for herself at the semifinals. Post PV Sindhu's win various Bollywood celebs congratulated for her feat. Anushka Sharma took to her Instagram and shared a picture of Sindhu as she congratulated her. While sharing the picture she wrote "We're so proud of you @pvsindhu1. Congratulations on advancing to the semis." 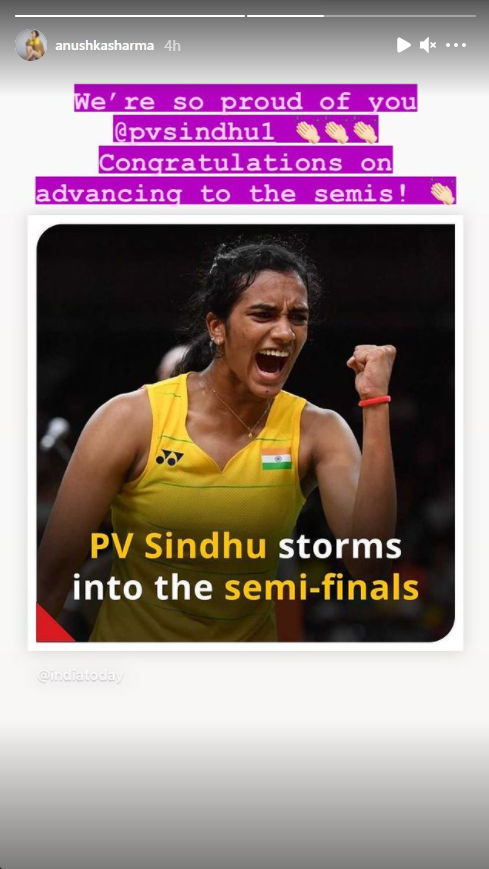 Arjun Kapoor also praised the Padma Shri award-winning badminton player on his Instagram handle and wrote, "Congratulations PV Sindhu on securing a place in the semi-finals We are so proud of you!" 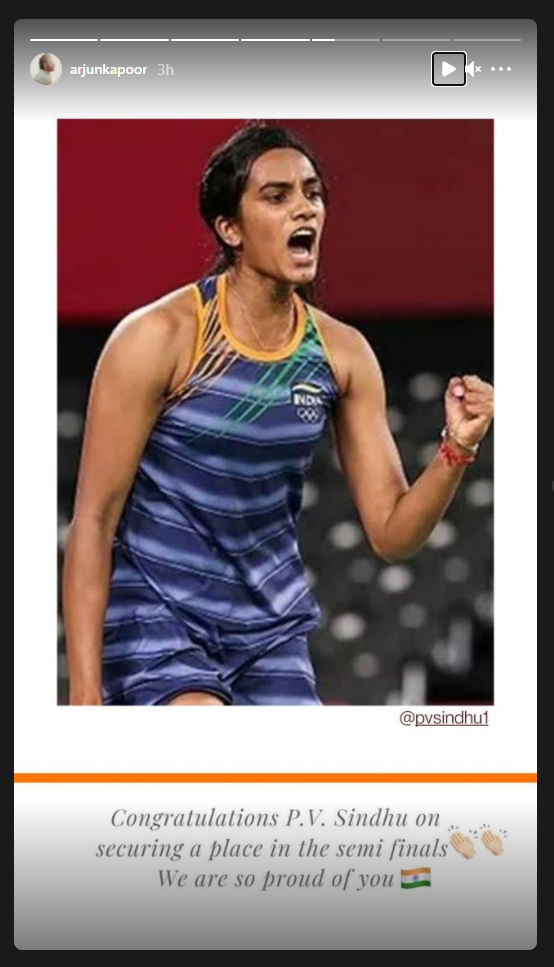 Bhumi Pednekar, Vaani Kapoor, and other stars from the film industry also showered PV Sindhu with heartfelt wishes as she stormed into the Semifinals at Tokyo Olympics 2020. Take a look. 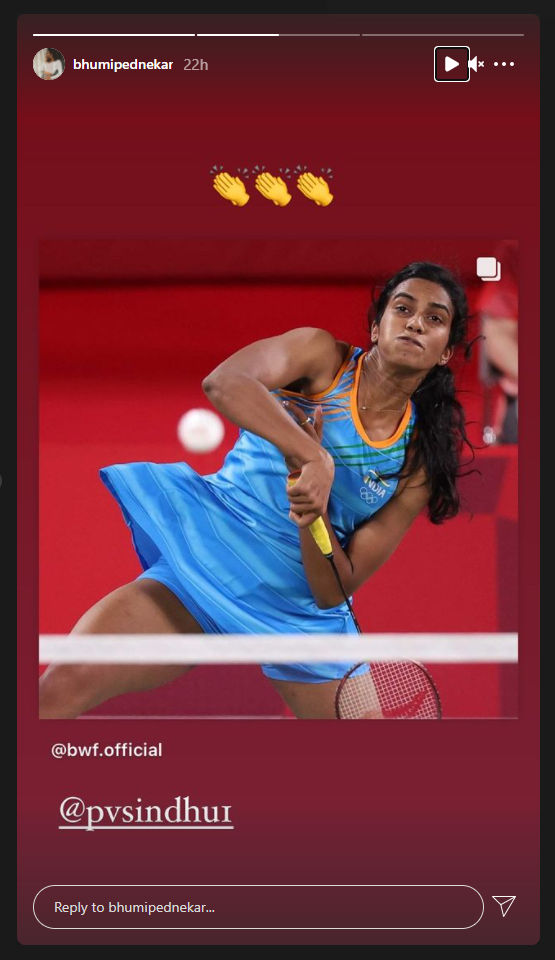 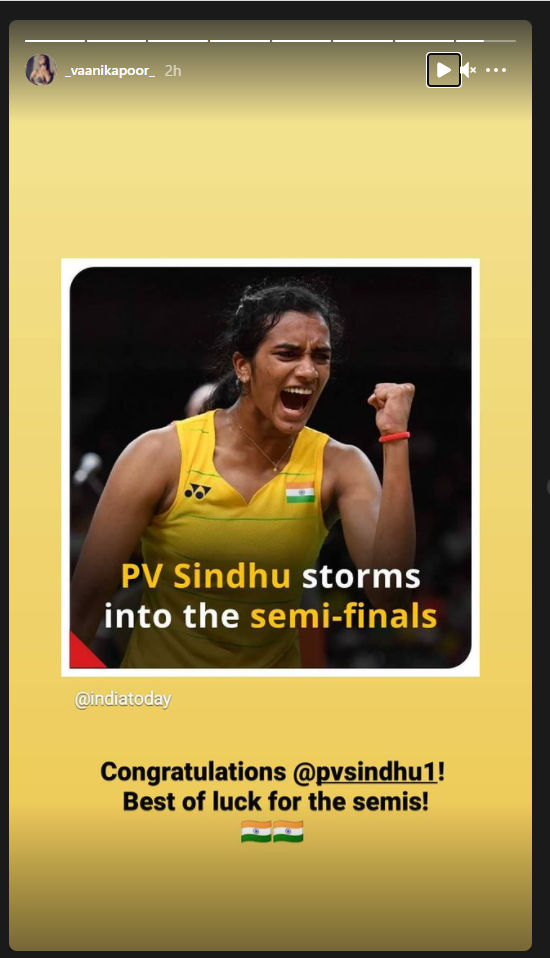 Pusarla Venkata Sindhu also known as PV Sindhu made history at Rio Olympics 2016 as she was the first Indian to become the Badminton World Champion and the first Indian woman to earn an Olympic silver medal in 2016. She rose to a career-high World ranking of no. 2 in April 2017. PV Sindhu featured in the Forbes' list of Highest-Paid Female Athletes in 2018 and 2019. PV Sindhu is coached by Pullela Gopichand who is also the coach of former world number one Sania Nehwal.

After being postponed by a year due to the COVID-19 pandemic, Tokyo Olympics 2020 finally went underway. The rescheduled Tokyo Olympics commenced on Friday, July 23. India has sent a 228-strong contingent to Tokyo Olympics 2020, including 119 athletes. Out of the 119 athletes, 67 are male and 52 are female participants. This will be India's largest-ever contingent of athletes at the Olympics to date. India will participate in 18 sporting events out of 33 in Olympics 2020. Mirabai Chanu created history to become the first Indian weightlifter to win a silver medal at the Olympic Games by lifting 202 kg. Meanwhile, The Men's Indian Hockey team has been going strong and recently defeated Japan's hockey team. Similarly, winning against the Chinese boxer Taipei's Nien-Chin Chen, Lovlina Borgohain secured a bronze for India and is hoping for a Gold as she entered the semifinals.