As the upcoming film 'Chup' will follow the life of an artist, R Balki threw light on the shoot location of the movie and the reason behind choosing it. 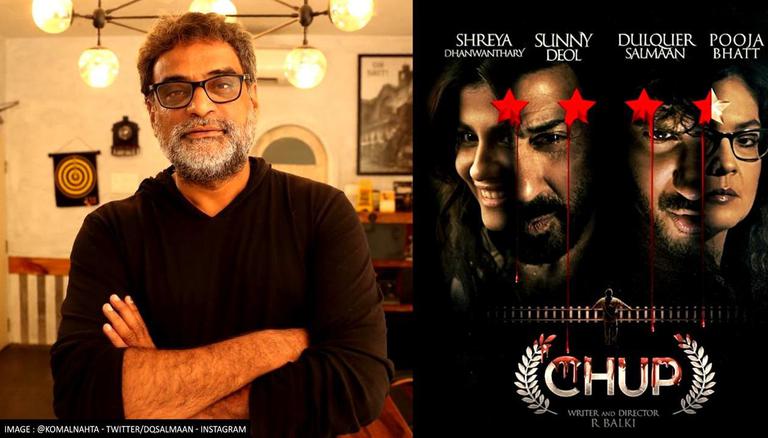 
Years after penning Akshay Kumar and Vidya Balan's Mission Mangal, celebrated filmmaker R Balki is set to make his debut in the psychological thriller genre with the upcoming film Chup: Revenge Of The Artist. Balki is paying homage to legendary filmmaker Guru Dutt and his 1959 classic Kaagaz Ke Phool. As the upcoming film will follow the life of an artist, Balki recently threw light on the shoot locations of the movie and the reason behind choosing them.

According to a report by ANI, director R Balki opted to film Chup: Revenge Of The Artist at JJ School of Arts in Mumbai. The director mentioned how the film follows the life of an artist, which is why he thought of JJ School of Arts as a perfect location.

Lauding the school's architecture, Balki revealed some scenes of the forthcoming movie were shot in Kipling's bungalow, which is located inside the campus. He further called the filming experience "unforgettable" and added the school's management was supportive.

R Balki said, "Chup relates to the life of an artist, and the School was a perfect location for us. It`s one of the most stunning architecture we have in Mumbai. We shot in Kipling`s bungalow inside the campus." "It was an unforgettable experience with tremendous support from the faculty and the management there," the Paa director added.

Chup will mark Balki's maiden crime thriller project. According to PTI, the Cheeni Kum helmer revealed in a statement that he nurtured the film's story for a long time. Talking about the movie, the director said it is a "proper thriller" which will make the audience witness the psyche of an artist, who later becomes a murderer. "It’s a project I hold dear to my heart and I’m very proud of getting to share it with the world," he added.

Chup: Revenge Of The Artist will star Sunny Deol, Dulquer Salmaan, Pooja Bhatt and Shreya Dhanwanthary in the lead roles. The movie is co-written and directed by Balki and will hit the theatres on September 23, 2022.