Rakhi Sawant Leaves Her Mom Embarrassed As She Speaks About Having Her Eggs Frozen; Watch

Actor-dancer Rakhi Sawant recently left her mom speechless with embarrassment as she spoke about freezing her eggs to become a mom one day. 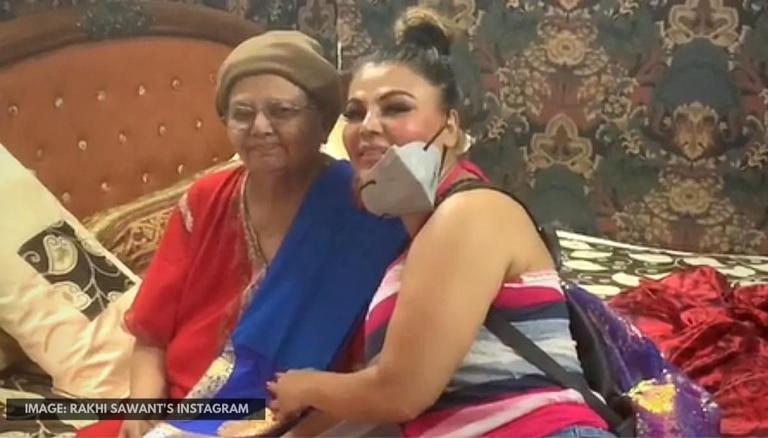 
Rakhi Sawant recently revealed that she had her eggs frozen because of her desire to become a mother one day. The Pardesiya Yeh Sach Hai Piya Remix fame actor said she has stopped relying on humans and has now turned to God for love. In a recent interview with RJ Siddharth Kannan, Rakhi spilt the beans on having five healthy eggs saved for the future while her beloved mother nodded her head in embarrassment on a hospital bed as they broke into laughter.

Rakhi Sawant opens up about wanting to become a mother

In the interview, the Manmohini star spoke about being left heartbroken by many over the years. She said how her beloved mother Jaya Bheda taught her to stop finding love in human beings and finding it in God's devotion instead. Although Rakhi has lost hope of finding love in a human being, the 42-year-old has had her eggs frozen before time to be able to become a mother herself one day.

After she expressed the uncertainty about her marriage and having kids in the future, the RJ asked Rakhi Sawant whether she wants to become a mother. In her response, Rakhi revealed with a smiling face that because she wishes to become a mother someday, she had decided to have her eggs frozen before she passed her peak reproductive years. She said, "They say after one crosses a certain age, they must have their eggs frozen immediately and I did that before time."

Elaborating further on the same, she stated, "The doctor had told me that out of my nine eggs, only five were healthy. Thus, five of my eggs are saved." She then panned the camera at her mother, who was seen laying in a hospital bed near her, nodding her head in embarrassment. Meanwhile, the Main Hoon Na actor was heard saying, "See, Mom is laughing" in the background.

Recently, Rakhi Sawant took to her Instagram handle and shared a picture with her mother on Mother's Day 2021. To make the special day even more special for her mother, who is battling cancer, Rakhi gifted her a "pure silk saree" all the way from Chennai. Posting the sweet video on Instagram, she wrote, "Happy Mother’s Day love you mom".