Rakul Preet Singh had taken to Instagram to post an impressive workout video of herself. The actor has reportedly taken on a 3-month fitness challenge.

Rakul Preet Singh seems to be a fitness freak. The actor often shares her workout routines with her fans on Instagram. Recently she had posted a new video of herself exercising at the gym. In the video, she was seen deadlifting weights.

Rakul Preet had deadlifted 175 pounds in the video which is approximately 80kgs. The actor captioned her post mentioning the same. Rakul Preet was seen flaunting her washboard abs in a yellow-grey sports bra and high-rise black tights. Currently, she has been dedicatedly correcting her form and regularly performs weightlifting exercises.

This is, however, not the first time that Rakul Preet has shared her gym routine of deadlifting weights. She had shared similar videos on other occasions lifting 60 pounds and 140 pounds. However, the actor does not limit herself to deadlifts but also indulges in yoga. She has posted some very complex postures on her Instagram handle which has left her fans impressed. It seems that Rakul Preet takes exercising and fitness very seriously. 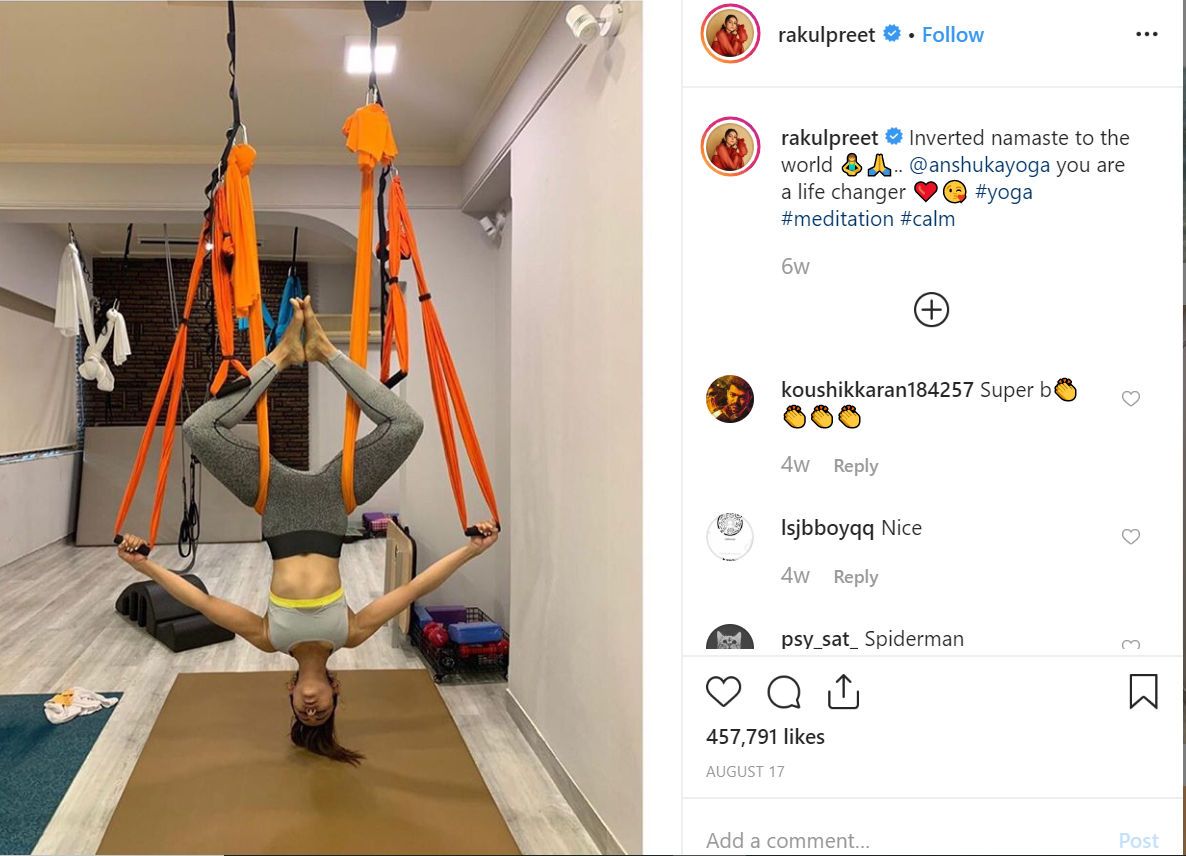 Rakul Preet was last seen alongside Ajay Devgn in De De Pyar De which released earlier this year. She is currently gearing up for the release of Marjaavaan. The film is her second collaboration with Sidharth Malhotra after the 2018 release Aiyaary. The film also features Riteish Deshmukh and ex-Student Tara Sutaria. It is slated to release on November 8 this year. Rakul Preet will also be seen alongside Rajkummar Rao and Hema Malini in Shimla Mirchi.