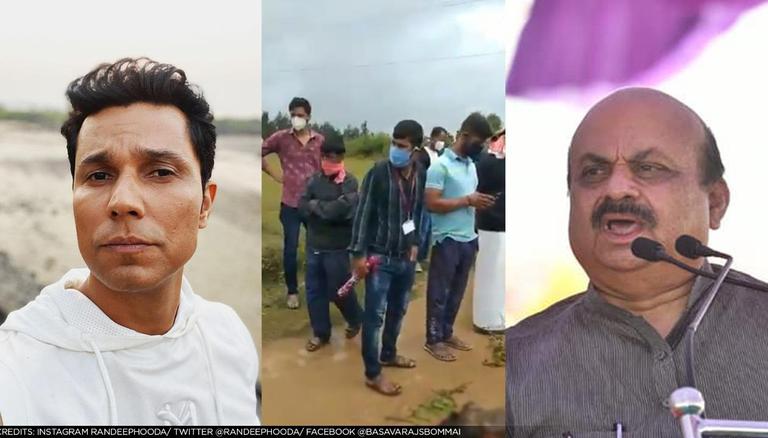 
Actor Randeep Hooda who is an avid animal lover recently took to his Twitter handle to appeal the Karnataka's CM- Basavaraj Bommai and Ministry of Environment and Forest to take strict action against a recent gruesome murder of 60 monkeys in the state. Alongside the viral video of the barbaric act, the actor condemned such acts and demanded some strict action against the ones responsible for the ‘horrific acts.’

Apart from the monkeys, on the occasion of World Tiger's Day, the actor shared a post on social media and requested people to help in preserving the habitat. He replied to a social media user while speaking about the ‘bad infrastructure’ that has been assigned to the Tigers. “Though tiger numbers have increased, India has diverted 770 hectares of habitat this year alone due to badly planned linear infrastructure. More projects are in the pipeline. Do read sir @narendramodi @byadavbjp @PMOIndia @PiyushGoyal @nitin_gadkari @moefcc #InternationalTigerDay,” he wrote in his reply to the user.

On a related note, the actor keeps sharing various links and news about the environment, cruelty against animals on his social media handles in order to make people aware of the biodiversity. Many times, Randeep is seen tweeting about issues and appealing to the state government of that particular state to resolve the issues.  Meanwhile, on the work front, Randeep was last seen in Prabhudheva's Radhe: Your Most Wanted Bhai that starred Salman Khan and Disha Patani in lead roles. Next, he will be seen in Rat On A Highway directed by Vivek Chouhan, Mard directed by Sai Kabir, and Unfair And Lovely where he will be seen sharing the screen space with Ileana D'Cruz for the first time. Currently, he is shooting for Inspector Avinash which will mark his web series debut. It is a cop thriller based on UP super cop Avinash Mishra's life

WE RECOMMEND
Karnataka CM tells district officials: 'Oversee heavy rainfall situation in all districts'
Republic top 10 headlines: Karnataka CM to be announced today, PM hails 'valour' of CRPF
Yediyurappa assures Karnataka CM Bommai of 'no interference' in cabinet expansion decision
Who will be the next Karnataka CM? From MLAs to Ministers, here is the list of probables
'International Tiger Day’: Randeep Hooda emphasises on the importance of saving tigers