Bollywood actor Rani Mukerji has wrapped up her filming for Mrs Chatterjee Vs Norway. The news was shared by the filmmakers on their official Instagram handle. 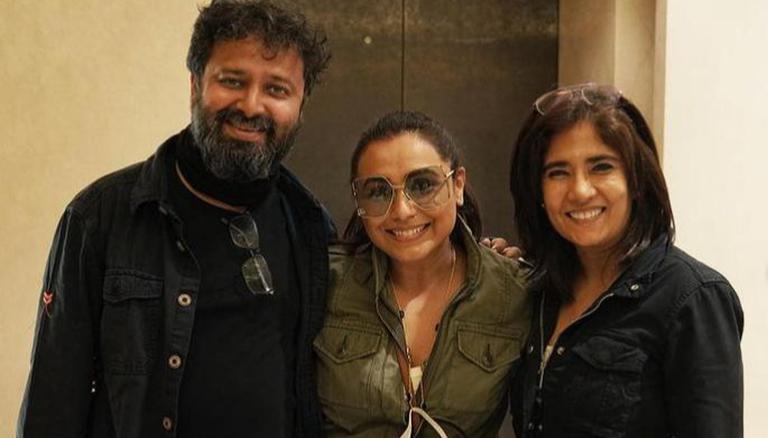 
Bollywood actor Rani Mukerji has wrapped up filming for Mrs Chatterjee Vs Norway. The news was shared by the filmmakers on their official Instagram handle on Wednesday. The film's first schedule was shot extensively in Estonia, while the final one was filmed in some parts of India. The film's team celebrated the wrap on the sets.

According to the news agency, ANI, speaking about the film, Rani Mukerji said, "It's a really sweet coincidence that I wrapped the shoot of Mrs Chatterjee Vs Norway on the same day that my first Hindi film 'Raja Ki Aayegi Baraat!'. Mrs. Chatterjee Vs Norway is an inspirational story about a mother fighting a country for her children and I went through a rollercoaster of emotions shooting this film. I'm hoping that this film will resonate with everyone who wants to see an entertainer with a brilliant concept at its fore."

Taking to the photo-sharing site, Emmay Entertainment dropped a pair of snaps from the wrap-up celebrations. In the first picture, Mukerji can be seen sharing smiles with the filmmakers. They wrote, "And, it's a wrap already! Feels like we had just started shooting for #MrsChatterjeeVsNorway. We can't wait for the film to hit the theatres now!" Many fans and followers rushed to express their excitement in the comments section of the post.

READ | Rani Mukerji gives a piece of advice to young Bollywood aspirants, says 'it's not easy'

Helmed by Ashima Chibber, Mrs Chatterjee Vs Norway is backed by Monisha Advani, Madhu Bhojwani, and Nikkhil Advani under the banner of Emmay Entertainment and Zee Studios. In a press release, the filmmakers revealed that the plot of the film is based on a true incident that rocked children and human rights at an international level.

The report suggests post-production work on the film is still underway. The film is slated for a theatrical release, however, its release date is yet to be announced. Furthermore, Rani Mukerji was last seen in 2019's release, Mardaani 2. She will next be seen in Yash Raj Films' highly-anticipated film, Bunty Aur Babli 2. The sequel to Bunty Aur Babli will hit the big screens n November 19.