Ranveer Singh took to Instagram to interact with his fans through its live chat feature; he slammed the trolls hard for commenting on his choices and looks.

In a recent live video chat session with his fans, Ranveer Singh slammed his haters by dismissing them in the most polite way. The actor read out the comments by the people who joined in his live chat on social media. On stumbling across a few distasteful comments, the actor gave them a befitting reply to hush them up.

Amongst his viewers, there were some who notoriously commented on his choice of music in the car, his inability to communicate in Hindi with the people and his looks which they likened to that of a 'joker'. To these hateful comments, Ranveer Singh replied, asking these trolls to mind their own jobs and do something else instead of intruding into his life. Ranveer's fans have supported him in rightly responding to these hateful comments.

Watch that clip of the video chat here:

Baba so many lovers log in just to chat with you, don’t bother about the haters ❤️❤️

The actor is known for his flamboyance and energy and seldom shows his intense and serious side to the public. However, this incident deservingly called for the hitting back that the actor so efficiently did. The Gully Boy star has a huge fan following who stood by his slamming reply to haters.

Have a look at the comments: 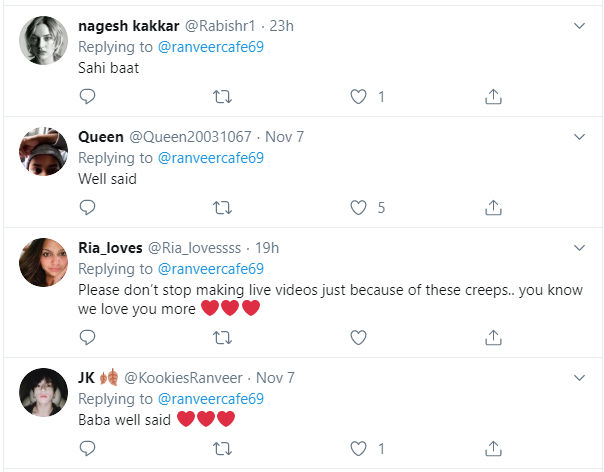 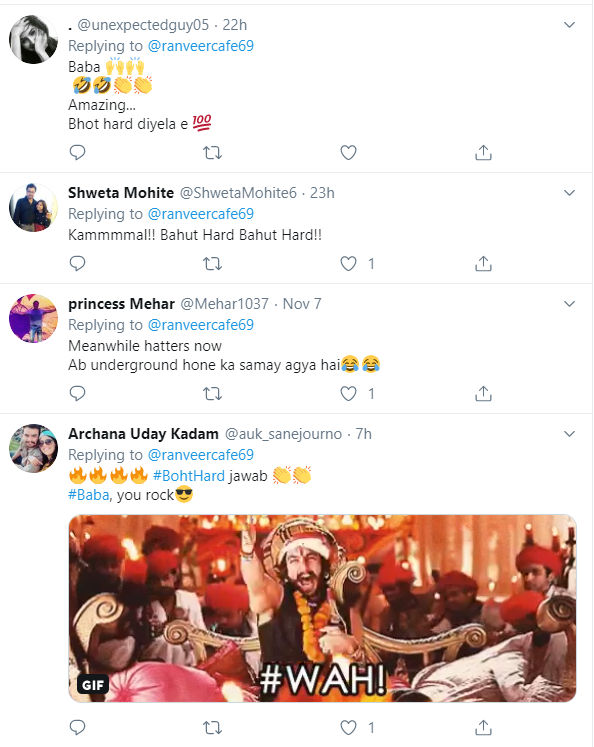 The Gully Boy actor will be seen next in Kabir Khan's '83 in which he will play the role of veteran cricketer Kapil Dev. The film is currently in its post-production stage and also has actor Deepika Padukone in the lead. Actors Boman Irani, Harrdy Sandhu, Tahir Raj Bhasin, Saqib Saleem will also feature in pivotal roles in this film. Ranveer Singh is also gearing up to shoot for Karan Johar's multi-starrer period drama Takht as well as debutant director Divyang Thakkar's Jayeshbhai Jordaar, to be produced by Yash Raj Films. He is also expected to make an appearance as Simmba in Rohit Shetty's next venture Sooryavanshi which stars actor Akshay Kumar in the lead.