Raveena Tandon recently shared pictures of the damages from her compound as she compared a fallen tree to a famous scene in a children's book. Have a look. 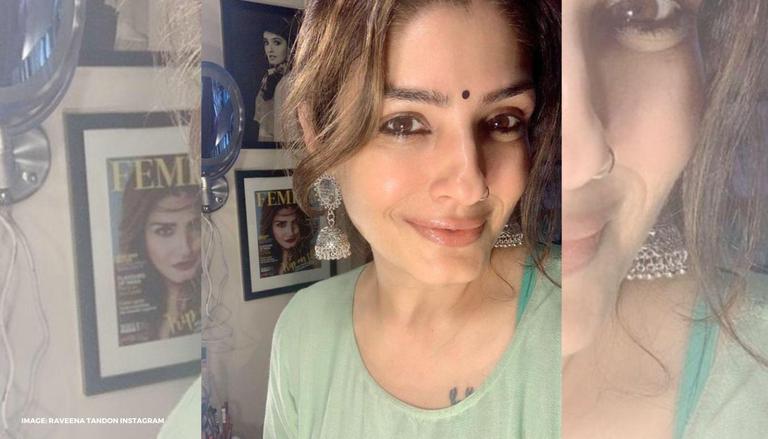 
Tropical cyclone Tauktae made its landfall in Maharashtra on April 19, 2021, and various towns and villages in the state experienced heavy rainfall and strong winds. Bollywood actor Raveena Tandon was one of the many celebrities who spoke about the cyclone through social media and also threw some light on the damage it caused within just a few hours. The actor shared a few clicks from the temple in her compound, where a tree had collapsed due to the heavy winds. Cyclone Tauktae did not make landfall in Mumbai but the city witnessed heavy rainfall for more than 24 hours.

Raveena Tandon on the fallen tree

Bollywood actor Raveena Tandon recently took to social media to share a few updates on what she has been up to. The actor posted pictures from home as the entire city had been on high alert due to the tropical cyclone Tauktae. In the first picture posted, she has showcased a dark outside her house where a huge tree has fallen on top of the temple which is inside her building compound. A huge branch of the tree can be seen resting on top of a pillar that is attached to the temple. The ground is also covered in wet leaves which have fallen off the tree. 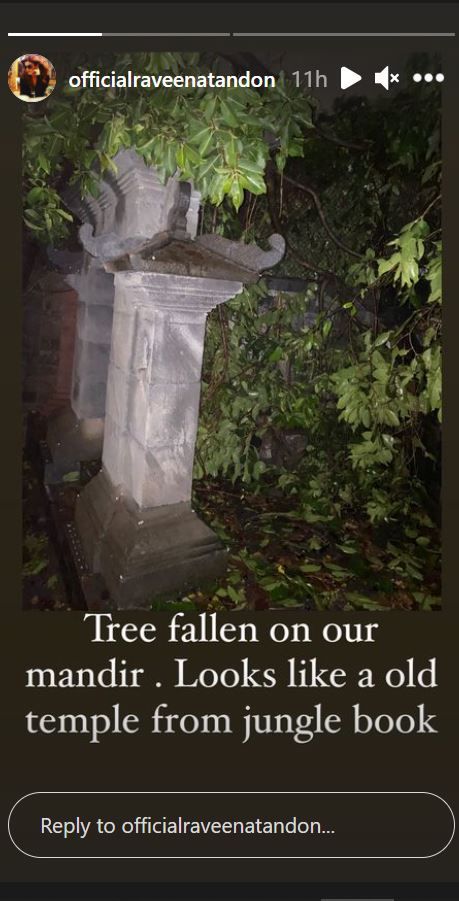 In the next story, Raveena Tandon has shared another picture from the scene, explaining the damage that has been caused by the winds. She has mentioned that the tree broke into several pieces but nothing has happened to the temple structure. She has also hailed ‘Bholenath’ at the end of the caption before topping it up with a ‘joining hands’ emoticon. Have a look. 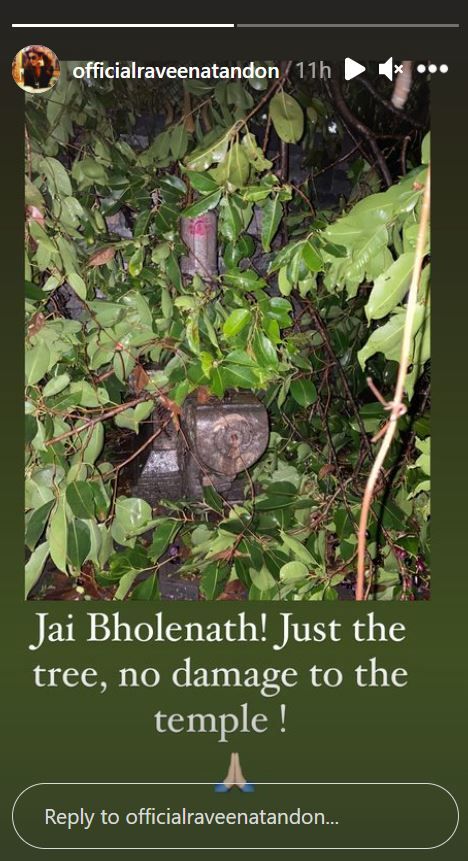