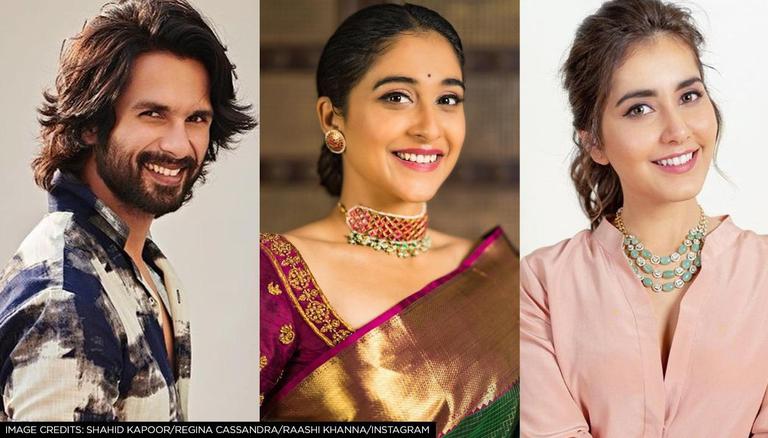 
Shahid Kapoor and Raashi Khanna are coming together for director duo Raj & DK's digital project, the announcement of which was made earlier this year in February. Now, as per a latest report by Pinkvilla, South actor Regina Cassandra has joined the cast of the show. A source close to the project mentioned that the actor will helm an important role in the project and has commenced its shoot in Mumbai.

The show marks the Haider actor's digital debut and also features south superstar Vijay Sethupathi as well as Kay Kay Menon in pivotal roles. Sethupathi had commenced the film's shoot in August, with the leading duo revealing their excitement on sharing the screen with him on their social media handles.

The director duo Raj Nidimoru and Krishna DK is famous for helming the popular Amazon Prime Video show The Family Man. Apart from revealing Regina's important role in the film, the source also mentioned that the shooting will go on for a month before the makers conclude the project. Apart from the cast members, not much is known about the show's plot and its release date.

The project also marks Raashi Khanna's third collaboration with Vijay Sethupathi. Welcoming the star on the sets of their upcoming film, Raashi posted an adorable selfie of the duo on her social media handle, and wrote, "Collaborating with my favourite human/actor for the third time, this time in Hindi..! Welcome to our set @VijaySethuOffl sir @rajndk @shahidkapoor". Raashi has previously collaborated with him in movies like Sangathamizhan and Tughlaq Darbar.

Collaborating with my favourite human/actor for the third time, this time in Hindi..! Welcome to our set @VijaySethuOffl sir ♥️♥️@rajndk @shahidkapoor pic.twitter.com/WytvsVWkNY

Shahid Kapoor expressed his excitement on coming together with Raashi and Vijay, through an Instagram post with a small clip of himself. He wrote, "Waiting on set call me soon @rajanddk … cant wait to share the frame with @actorvijaysethupathi sorry @raashiikhanna I’ve got too used to having you around on set".

Meanwhile, Regina Cassandra, who made her Bollywood debut with the 2019 Sonam Kapoor and Rajkummar Rao starrer  Ek Ladki Ko Dekha Toh Aisa Laga is known for her work in work in Tamil and Telugu films. She has starred in flicks like Siva Manasulo Sruthi, Evaru and Nenjam Marappathillai among others.

READ | Mira Rajput's birthday in the mountains with Shahid Kapoor is a dream vacation; see pics